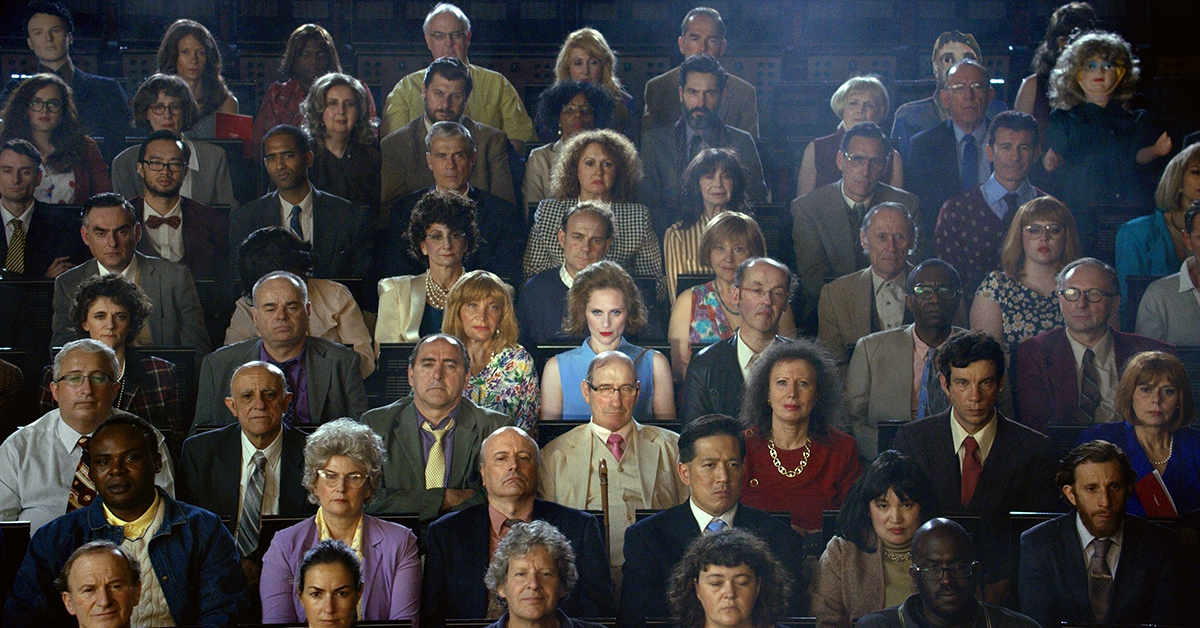 Alex Prager is difficult to place, which has, I think, scared off many critics and historians. She has worked with celebrities like Elizabeth Banks and has created glamorous fashion editorials, which, I would suggest, are the roots of a sexist discomfort around her photography and film. As with Marilyn Minter and Laurie Simmons, the charge has frequently been levied against her (in subtle and overt ways alike) that her work is too slick, too staged, too pretty. I’ll translate this for you: too feminine, too anti-conceptual, too fashion, too LA for New York and too New York for LA. This is still the case in 2016, and somehow people forget that she was a critic at Yale and has influenced a generation of photographers my age. Moreover, as a result of these sexisms, Prager has always been associated more forcefully with film than photography, since the former, as a result of melodrama and film noir, has at least some precedent for the establishment and appreciation of a limiting écriture feminine.

This laundry list is not meant to sound defeatist; it is rather to illustrate the backdrop against which Prager nevertheless continues to excel. In La Grande Sortie, on view at Lehmann Maupin, Prager premieres a film about the post-pregnancy return of prima ballerina Émilie Cozette. The film contains Prager’s trademark shots of excited, lazy, napping, beautiful, comical, humdrum audiences alongside Cozette’s hyper-real and deadly serious performance. It is not a scary film, as some have claimed. Instead, I found myself nearly moved to tears. It’s an exercise in the dramatization of self-loathing. Fear suggests a remove, that something out there is frightening, but there is nothing more powerful than interiorized hatred. That you can’t run away from.

But I have to pull myself out of this hackneyed soliloquy. I wanted initially to see La Grande Sortie along the lines of David Lynch’s Inland Empire or Lars von Trier’s Melancholia or Nymphomaniac, but Prager insists that we see her as a photographer, and I have decided to take her lead. The main gallery room is filled with stills from the production of the film, but they stand on their own. The velvet frames create a sense of separation from any narrative, and I began to realize that Lynch and von Trier are not the way to go, but rather Julia Margaret Cameron, William Eggleston (Prager’s inspiration for becoming a photographer), Laurie Simmons (who also credits Eggleston for her deciding to shoot in color), Stephen Shore, Gregory Crewdson, and Philip-Lorca diCorcia.

Above all, her true counterpart is Hiroshi Sugimoto. While Sugimoto shows us time-lapsed photographs of the movie screen, which fades to a glowing white, Prager reveals the opposite – she documents, with intense precision, the audience who might be watching the films Sugimoto chooses to photograph. She thus makes literal the divide not only between the audience and the film, but also, more generally, between the spectator and the image – a site where bodies cannot linger. As Roland Barthes notes in Camera Lucida, “My desire to write on Photography corresponded to a discomfort I had always suffered from the uneasiness of being a subject torn between two languages, one expressive, the other critical…” Prager can do it all – she can make you cry and then direct you toward the history of art. She can move effortlessly between the academic and the affective. 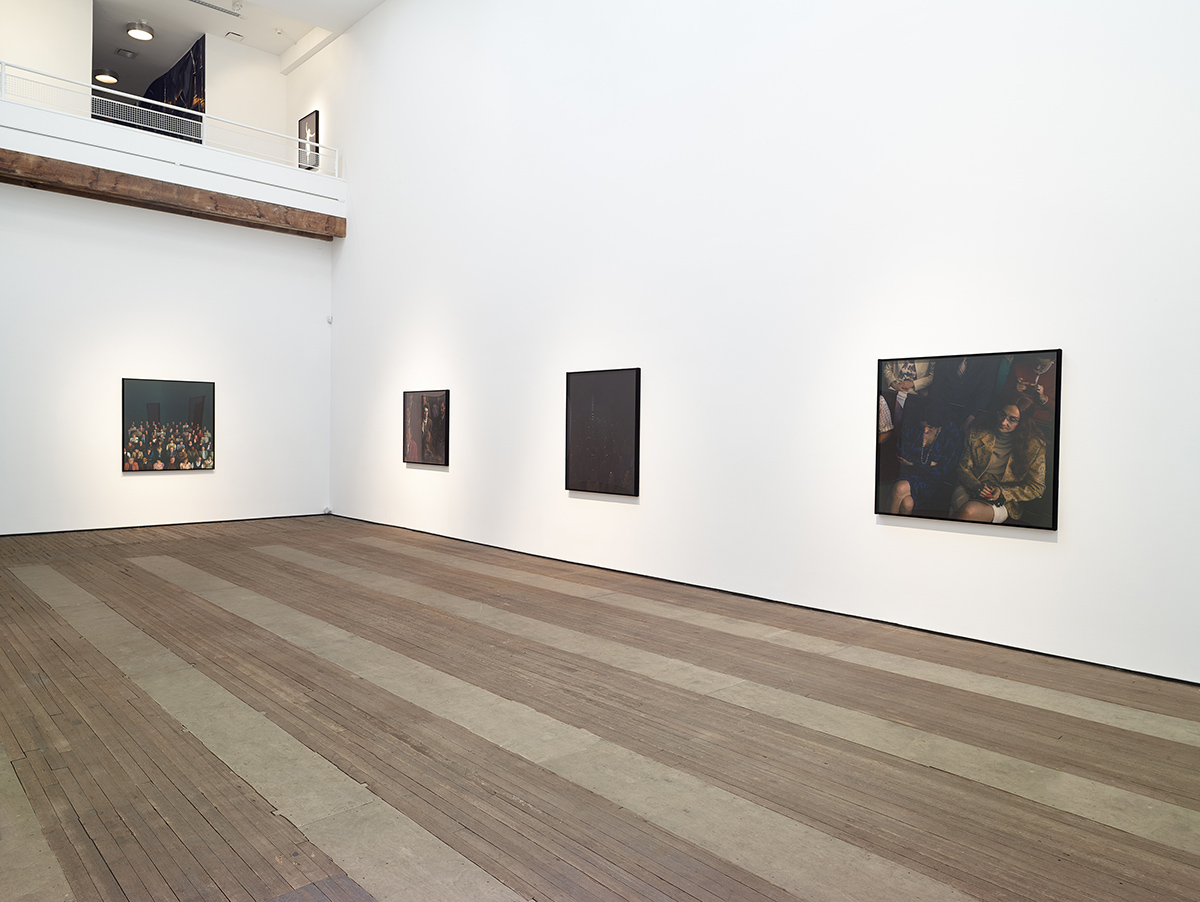 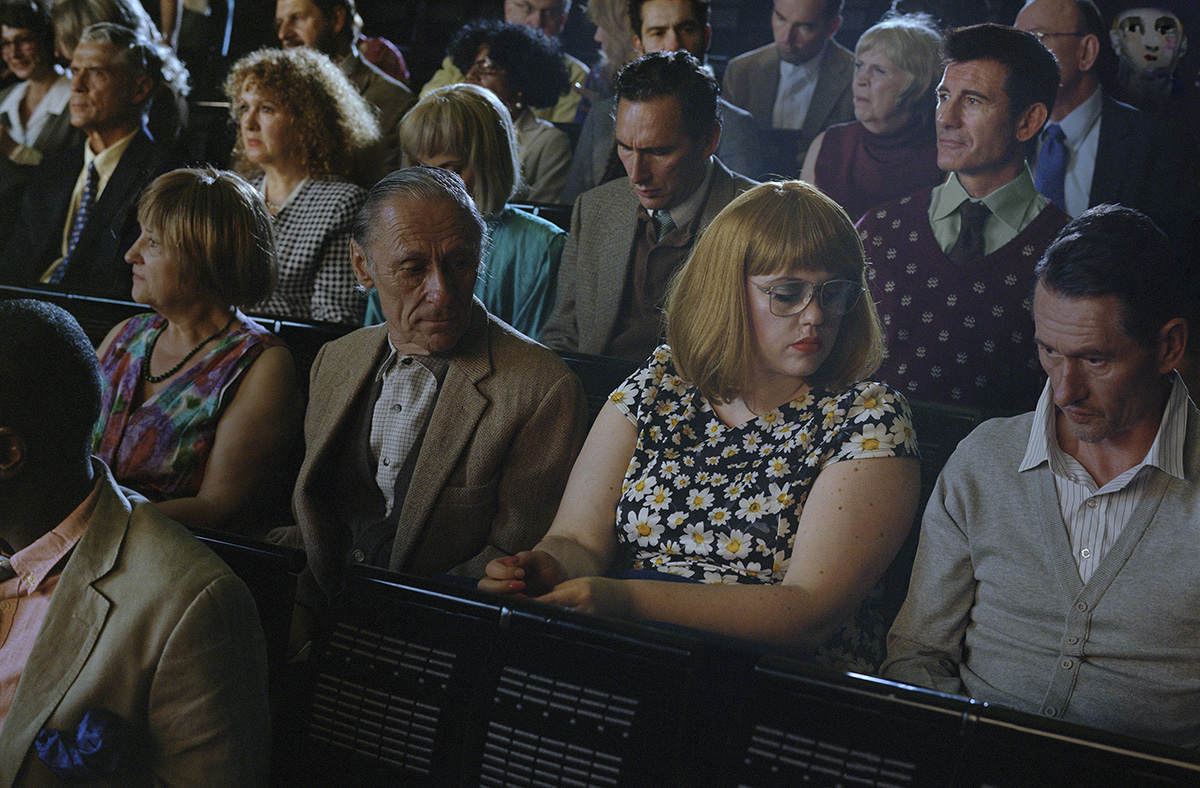 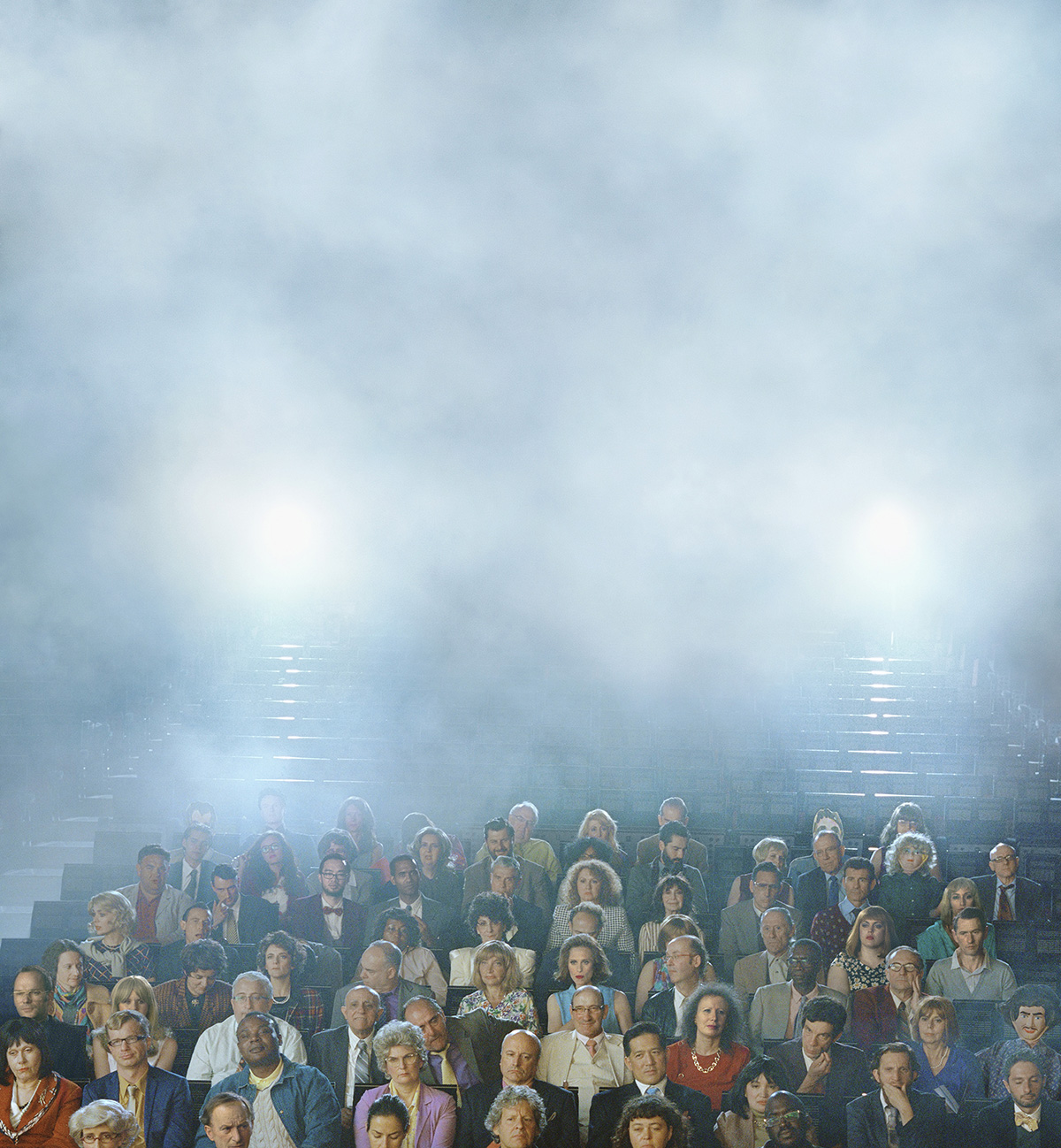 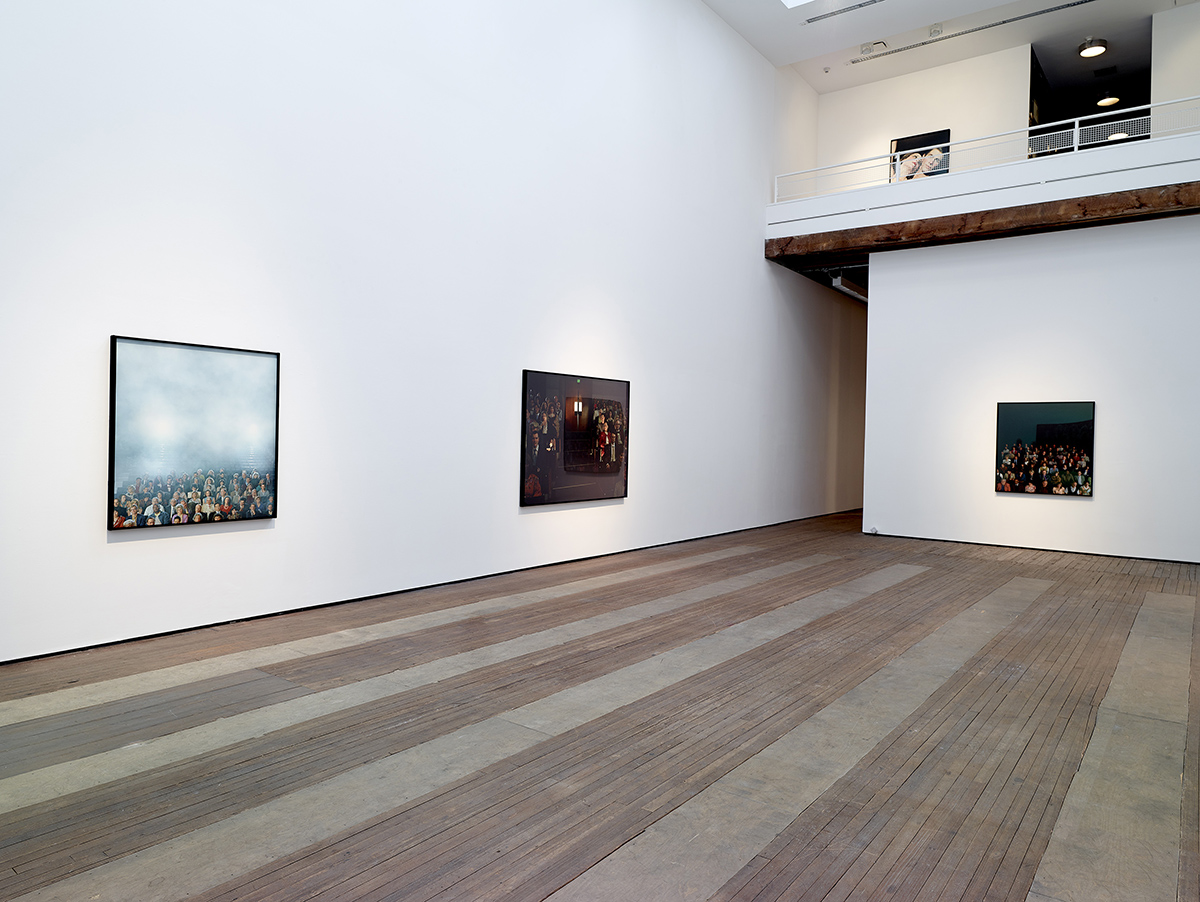 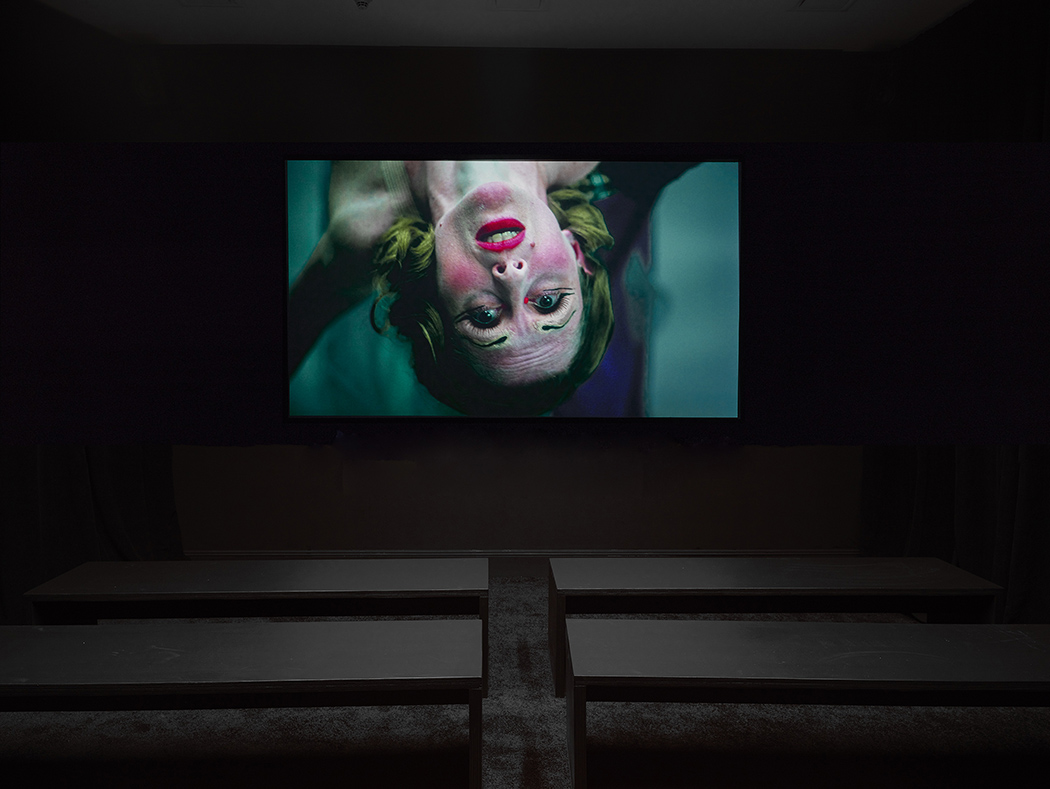