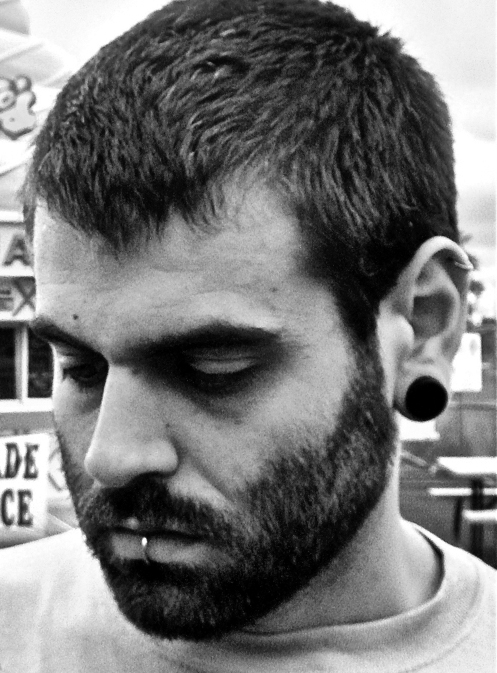 FJM:
What artistically scares, excites, perplexes you?
AP:
The olfactory is the most underestimated sense. It’s my favorite. In
some dark corners, you can hear whispers diagnosing a reign of the eye
over the ear, while scent is mostly only mentioned when people wear
too much perfume. Or not enough, to cover the scents we learned to
dislike: too animal, too present – sweat is exciting. With taste
depending on scent, it’s even responsible for two senses. Ultimately,
I don’t discern material and nonmaterial, but for that matter, scent
is a material substance that enters our body as molecules. If we think
of our ever-precarious separation as the ultimate command(ment) where
the interdict is one with the boundary it is protecting, smelling is a
physically transgressive act. When a familiar scent triggers archival
sense and emotion material, we experience something that scent
actually always does, unnoticed: liquefying all senses, time and
space, self and other, into one perceptive instant and memorizing it
as such, which later can be once more fused with the here and now,
seamlessly. We lose our awareness of scent when we adapt to it and the
signal doesn’t increase. This, and the difficulty of preserving most
scents, renders the olfactory even more ephemeral than sound and
vision that can be recorded. That t-shirt I wish I could have
preserved forever, along with its scent. It disappeared. The olfactory
is impossible to really describe or translate into language without
loss, direct comparison, or poetic transfer. (Which is great, don’t
worry.) If unpleasant, words like “pungent” imply – just like [Elaine]
Scary notes on pain in general – something attacking us, macerating
our separation, but it doesn’t really describe the scent causing or
accompanying the pain. Pleasant ones are dressed in words from
“insane” to “amazing,” also hinting at a dissolution of boundaries. If
an object, most people claim wanting to eat what they smell,
incorporate it into their bodies, even though that is exactly what is
already happening. We now know that incense renders, for instance, the
brain’s memorizing ability more effective. The more complex a scent,
the longer it keeps our brain busy – and from sleep mode. Whether we
find a scent pleasant or not is entirely subjective – briefly
neglecting the idea of an acquired taste I mentioned earlier and the
supposed function of detecting and averting contact with decay, a fact
also accepted in aromatherapy, exemplary for perception in general.
Dissolved sodium hydroxide, for example, is highly toxic and
physically repels my body – but I do not dislike its scent. I’m
surprised, that the olfactory – along with taste – is a sense so
rarely deliberately spoken or paid attention to in the arts these
days. Not only isolated, but, moreover, in interaction with other
senses. As an integral factor of atmospheres, the olfactory is a
catalyst for experiences, bringing forth space and making time
tangible as well as dissolving it and a wonderful weaving loom for
sense tapestries. I was happy when I heard about the olfactory art
department at the Museum of Arts and Design in NYC – it was long
overdue.

The attitudes towards art people display perplex me, all sides. The
other day, I went to an audiovisual installation. After waiting
downstairs, we could climb the stairs to the next level where the
installation was set up. I walked towards the screen, a couple of
people rushing by, armed with their cell phones. Their arms already
halfway elevated, the camera function long activated. Their last step
ended in synchronicity with their biceps pulling up their hands,
fingertips on the capture button. The autofocus of their phones cast
red and green lights onto the canvas, standing out as superimposed.
Three to seven photos were taken. The guy at 11 o’clock in front of me
turned around, his arm describing a third of a circle into the space
between us, came to a halt. The flash illuminated his face, he took a
photo, then apologized to me. The image each one of them tried to
capture was condensed into their phones faster than it was actually
happening before us. Their act of documenting and their devices
irrevocably interfered with what was being offered to us. Their eyes
glued to their cell phone, they hardly looked at the screen, only
through the mediator of their phone. I couldn’t map my vision,
couldn’t block out the phones – this immediate multiplication of the
projection into satellite screens floating in the right and left
corner of my vision field. So, not even people without their phones up
in the air had a chance to see the work without the sub-screens
already reflecting them – it got fought the second it hit the canvas.
Some of the photographers, exhausted, assumed more comfortable
positions on the floor. Some immediately started commenting on the
piece – most comments rather negatively colored: disapproval, boredom,
disavowal got expressed. Both by talking and what was said, form and
content being one, as the verbally released negative impulses they
were shooting at the screen or at least emptying out into the area
between themselves and the screen clogged the space. A whole different
kind of synchronicity, immersion, contact was fought by producing
lingual and mute energetic sandbags, (almost) fearfully. Someone
walked from the right side of the room to the left side, directly in
front of the screen, holding up his right hand for a victory sign in
the middle, a smirk on his face. The security guard left his spot,
ready to intervene.

Leave your cell phone in your pocket, don’t take those pictures (of
you in front of it) – nobody wants to see them. If you need one of the
piece, there will be clear, high-res photos available afterwards – you
can free yourself from the need to document. You might be missing out
on a grand experience and your document might end up being a zombie,
as the documented event will never reach its full potential unless you
allow it to. If you’re bored and not in the mood for exploring your
boredom to see where it may take you, leave. When traveling, you can
spend a certain amount of your time looking for picture postcards, in
a foreign city, country, or world.

Don’t get me wrong, I’m not free of fear. For instance, I’m sometimes
scared of the ego era we seem to live in – as a witness and a
delinquent – the unlearning of the communal, building towers so high
they get impossible to climb down from for a change of scenery, and a
balancing of our sense of self. The climax of yours vs. mine we are
approaching on all levels. Our refusal to see the oneness of
everything (AKA love). “Failure” and the (subconscious) montage as
nuclei of creation and creativity – constantly bringing the new into
the world, every heart and every mind. The remix that is culture (it’s
so visible right now). And the fertility and splendor of dynamic
movement and “surplus” energy, trying to force it all into immobile
molds that just won’t fit.

There is a gradual awakening, but doesn’t it mostly reach those who
want to be reached? What about the others? Those who jump on queer
people when they see them – literally jump onto them, feet first.
Those who want to protect me from going to hell for my sins – when
they could be happy there’ll be more space for them up there and no
filthy people polluting God’s porch swings if they truly believed in
their haploid set of chromosomes. Those who enjoy killing dogs
thinking they tainted the appearance of a city when the opposite is
true. Those who think the seabed should belong to someone.