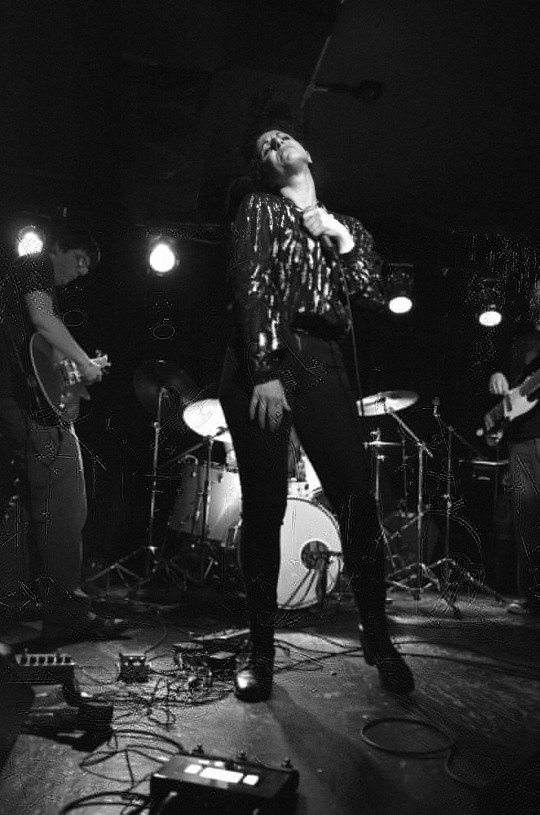 FJM:
What is Aza Nizi Maza’s power animal?
ANM:
[Brian] Probably some sort of moose. [Randa] On stage, I feel like I
channel a lion-monkey. Liokey? I like jumping around erratically and
wailing.

FJM:
What musically scares, excites, perplexes you?
ANM:
[Brian] Twentieth-century classical music never fails to do all of
those things to me. Olivier Messiaen, Morton Feldman, Krzysztof
Penderecki, George Crumb, Iannis Xenakis, György Ligeti. I mean,
György Ligeti was writing illegal dissonant music in communist
Hungary. He could have been put to death if they found his written
compositions. That’s pretty hardcore. Terror, excitement, and
confusion also apply to avant garde jazz like Charles Mingus, Ornette
Coleman, Albert Ayler, and Anthony Braxton. I discovered all that
stuff in college and it gave me a reason to live. [Randa] Opera. I
grew up on classical music and opera. I was headed that route early on
in my career as a singer, but my path soon changed during music school
where my passion for soul and rock music really developed. The
influence of classical music and opera are still a part of our band’s
repertoire, but not as much I would like. Just yet. Opera is big,
bountiful, and otherworldly to me.

FJM:
How do your most obsessed fans describe your sound?
ANM:
It’s pretty hard to describe music these days, especially ours since
we are inspired by so many genres and move through a number of genres
in each song. People have called our music, C-R-A-Y. 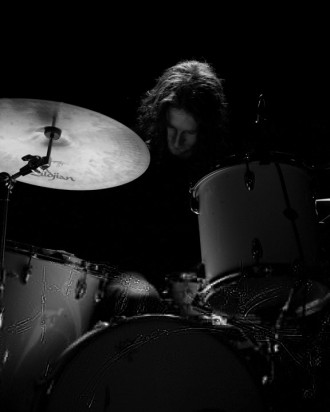 FJM:
Which Brooklynite would you be most excited to hear is a fan?
ANM:
[Randa] If E.S.G. and Björk were from Brooklyn, then them.

FJM:
Who do you want to musically collaborate with?
ANM:
[Brian] Geez, there’s a million cool musicians out there. I think it
would be fun to produce a rap album. I feel like a lot can still
happen in that genre. [Randa] Tanlines. Hello – have you heard them?!

FJM:
Who is your biggest musical influence no one would expect or you keep hidden?
ANM:
[Brian] Well, I don’t keep too much hidden. I think you can hear in
the music that if there’s a style of music we want to play we’ll throw
it in there. There were some Britney Spears songs I really liked. What
ever happened to her? [Randa] R. Kelly, he subtly takes R&B and puts
it through a musical theater blender – whole new level of hilarious
and exciting.

FJM:
What is your favorite manmade sound?
ANM:
[Brian] I’m gonna say hambone. [Randa] Lawnmowers, the sound is a
signifier of spring to me – and the smell of fresh cut grass is one of
the most comforting things in the world.

FJM:
What is your favorite natural sound?
ANM:
[Brian] I can’t pick a favorite. Here’s a few: crickets, thunder, all
birdsong – especially the purple grackle. Look it up some time, it’s
amazing. The purple grackle is the Norwegian black metal of birds.
[Randa] Laughter.

FJM:
What funk-psych-surf song do you wish you’d written?
ANM:
[Brian] I don’t know if it’s psych-funk-surf, but I’m pretty jealous
of how well the music of Mr. Bungle was composed. But I really wish I
had written every piece of music by J. S. Bach ’cause then I would be
hailed as a genius. Who doesn’t want that? 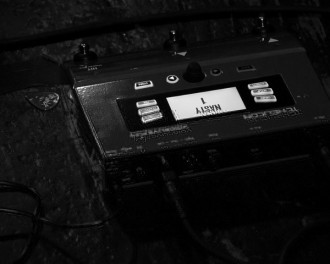