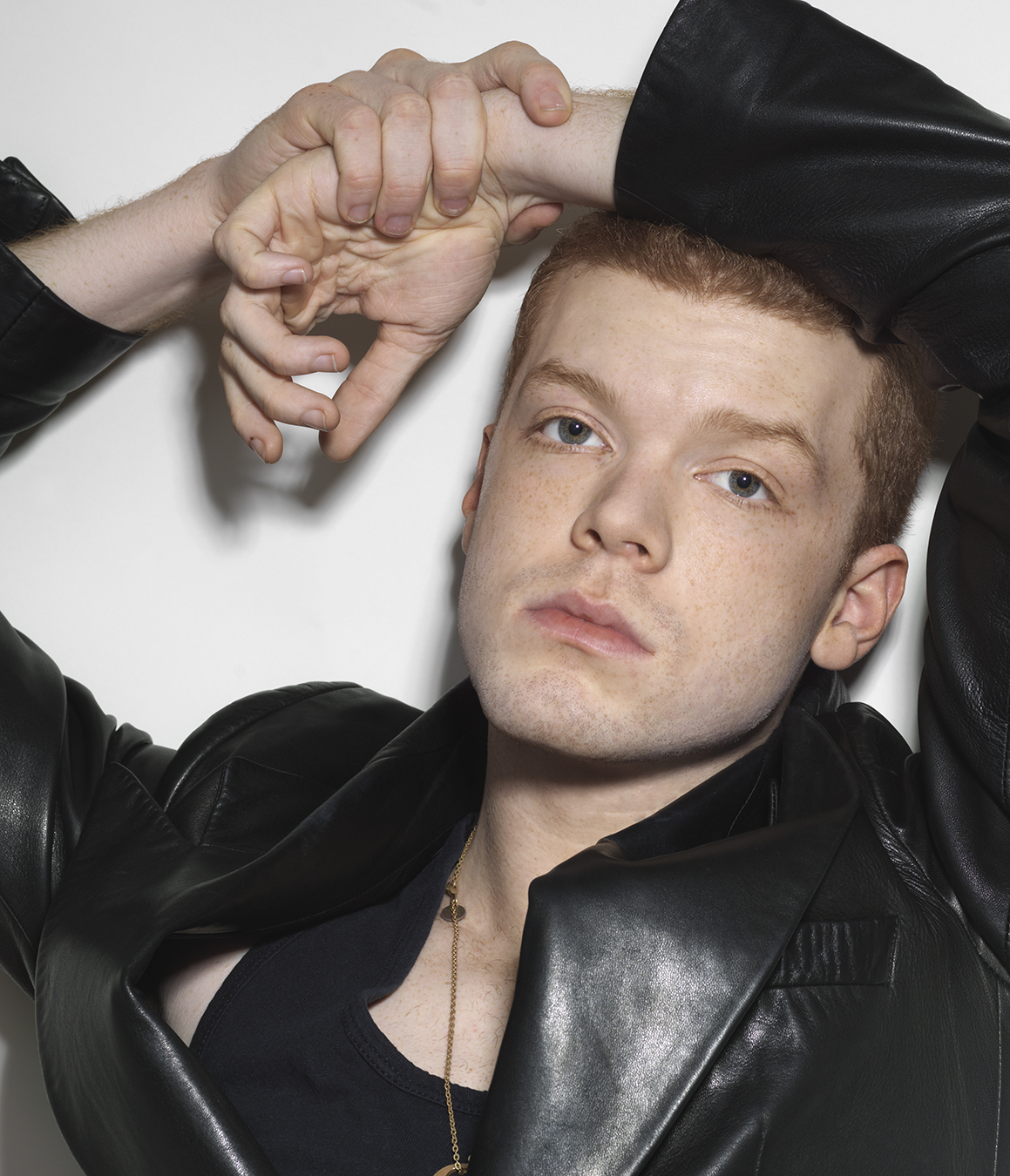 Tell me about your last perfect day.

I know it sounds incredibly cliched and like a sponsored message or something, and I swear I wasn’t paid to say this, but I went to Disneyland a few months ago. I hadn’t been to a Disney park since I was probably 8 years old. I went with my girlfriend and we had a tour guide who took us through the off-limits back sections of the park. We rode every ride at least twice. We watched World of Color and a bunch of shows.

Theme parks are very strange places. They’re these hermetically sealed, over-idealized distortions of reality that profit off this sort of revisionist, false sense of the past. They sell you on a nostalgia of “a time gone by” and that time never truly existed in the first place.

And yet, YET, I must say that it brought back a true sense of nostalgia from my own life. It reminded me of the things I loved, the movies I valued, that sense of magic and mysticism and wonder for these rides, these stories brought back to life. Indiana Jones is the sort of broken, dated, wonderful ride that you can’t help but smile at. And I loved seeing the kids, with their genuine, unabashed love and excitement at meeting their favorite characters, you almost forget it’s probably a sweaty, underpaid, peach-fuzz mustachioed college kid in that Donald Duck outfit.

Sometimes you have to sink into that nostalgia, be it manufactured or not. And while Disney is fast encroaching the sort of monolithic, all-powerful, unstoppable monopoly that will one day own and regulate all media… I still love Star Wars, and the Avengers, and Goofy. And, damn it, I had the biggest smile on my face as I walked around that Brave New World. I smiled so hard my face hurt.

Tell me about your last nightmare.

My bad dreams tend to be realistic, verging on the mundane. I might get in a really awful argument with a family member, or a car accident, maybe my dog might get sick. In a recent dream, I found out over social media that one of my good friends had died. I tried to call him only to realize that of course would not work.

A more exciting recurring dream I sometimes have is that I’m sleeping with an older woman who is married. Every time I dream this, the woman is different as is the location of our fornication. Her husband finds out and he shows up with a bunch of his buddies to kick my ass. I go on the run. Sometimes I manage to fight them off, sometimes they torture me to death, but it’s always very violent and very unpleasant. Strangely, I tend to dream in film language: camera moves, shot, reverse-shot, color palettes, visual and movie storytelling. Sometimes there’s even a score or soundtrack. I remember this insane tracking shot through the woods following parallel to me as I was fleeing from the men.

How do you typically prepare for a role?

Every role requires a completely different point of access. It always starts the same. You read the script. From there I start saying the character’s dialog out loud, if I hadn’t already, trying to find the voice, the cadence, the general attitude of the guy. This could be an easy and immediate process or it could be torturously long.

It might remind me of a friend of mine who I can imitate well. Or maybe it’ll bring to mind certain actors or characters and I’ll watch tape of them for inspiration (never exact mimicry). I might watch films that I find tonally similar. I might do activities the character does in the script. I might focus heavily on how he walks and moves. I might try to find the style of clothes he dresses in and wear those in my free time.

It’s an open-ended answer, I know. But I need to feel like I’ve met the man I’m going to play and that requires both exploration and oftentimes an extraordinary amount of repetition.

Describe your favorite scene from any film or tv show.

Oh boy. Can’t we talk about politics or religion? Something easier and less controversial than a question like this? Alright, I’ll just go with what jumps out at me first. Cool Hand Luke has a number of truly incredible scenes. One that sticks out the most is after Paul Newman’s character, Luke, finds out his mother has died while he’s been locked up in prison, he returns to his bunk. The other prisoners, whose respect he’s gained over the course of the film, give him space and watch from afar. Luke sits with his banjo and plays a heartbreaking rendition of this folk song, Plastic Jesus. It’s all one take, one shot, as the camera slowly pushes in on him for two minutes and he gives a riveting performance. It’s so simple, so haunting. It’s the first time we see Luke truly defeated, truly at reckoning with his actions and choices. It’s a beautiful, human moment.

What’s your favorite film from the 90s ?

Ah, man, why are you doing this to me? This is death by 1,000 cuts here. There were so many awesome indie films of that era.  I mean, my real answer is probably Reservoir Dogs. But if I was selecting something for its pure, over-the-top 90’s awesomeness it would probably have to be Romeo + Juliet.

You have a certain physicality to your performances. It is powerful. Are you aware of the movement of your face and body?

Ha, that’s a bit like asking a surgeon if he’s aware of his hands. Or a race car driver if he’s aware of his feet. Of course you are, they’re the tools you use. However, that’s not where the focus primarily lies. The tools are a means to an end, not the task themselves. A surgeon is focusing on the object he’s cutting, not the exact movements of his fingertips. I’m looking to convey emotion, tell a story, betray some sort of conflict or moment. If I was to simply focus on what my face was doing with too much conscious thought, it would become a facsimile of the emotion, a pale imitation rather than the intimate idiosyncrasies of how we actually behave.

Does sports or boxing inform your body language?

Of course. I like to keep my tools sharp and generally that means keeping in good shape. Shooting scenes can be rough on the body. A fight scene, or a scene where you’re hanging off side of a train, or some other physical feat might take many hours to complete. Not only will you be more capable of doing your job better, you’ll be less likely to get seriously injured.

If I know a specific role is going to be especially physically demanding, I’ll train harder for it. Oftentimes learning a skill will help you with a role. In the film Jamie Marks is Dead, my character was a runner, so I did a lot of long distance running. For a film I recently shot, Anthem, my character was a skateboarder, so I learned to skate for eight months. In the show Gotham, I consider my character a performer and showman, so I trained in dance.

Beyond the literal skill to be learned for individual projects, I think you can gain an interesting understanding of the non-verbal dynamics in conflict and competition. In boxing, you move when your opponent moves, you learn to pressure them, cut off where they’re going to go, you learn to read their eyes and body language for where they’ll strike next. That silent communication can be transposed into a scene where an argument takes place, for example. Recently I’ve been focusing on soccer and basketball and I’ve been learning not only how you face off individually against opponents, but how you can work together as a team towards a common goal. Camaraderie is hugely important on a film set. I feel the importance of being a team-player and supporting your fellow actors within a scene is very underestimated. 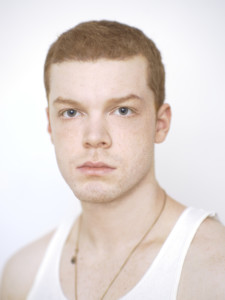 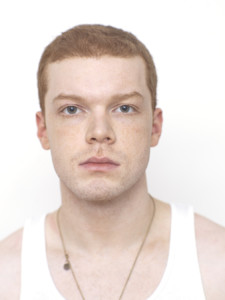 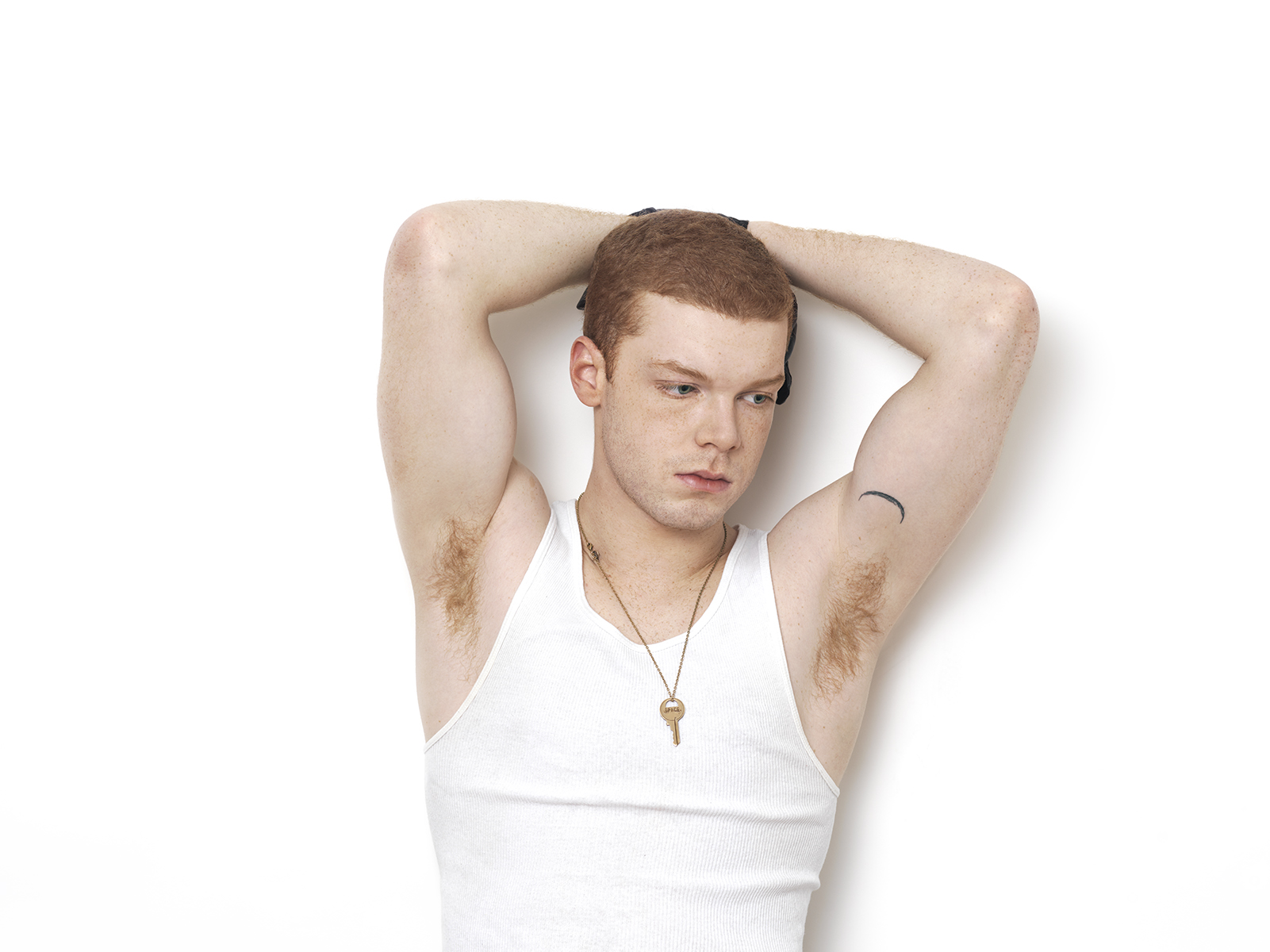 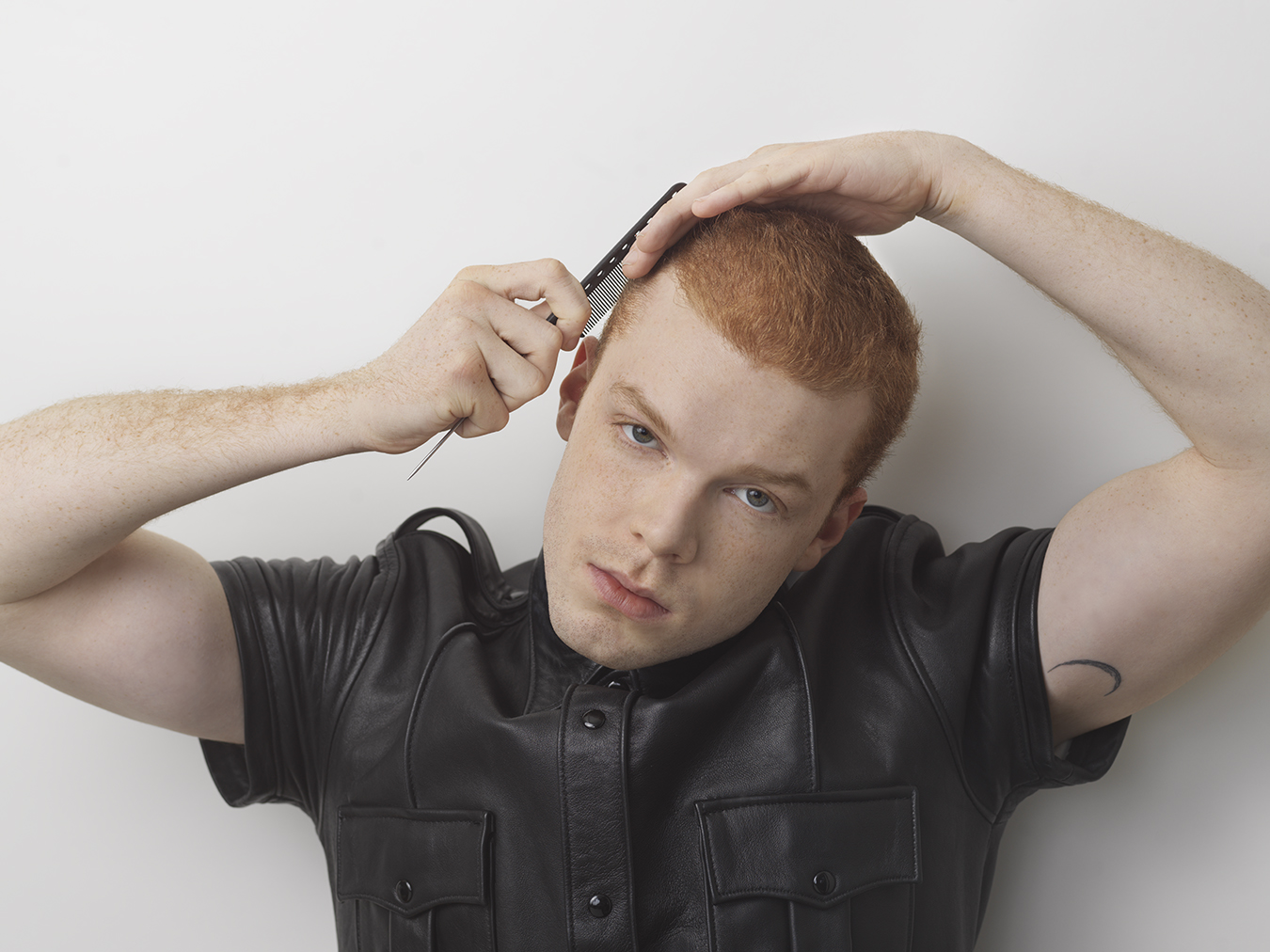 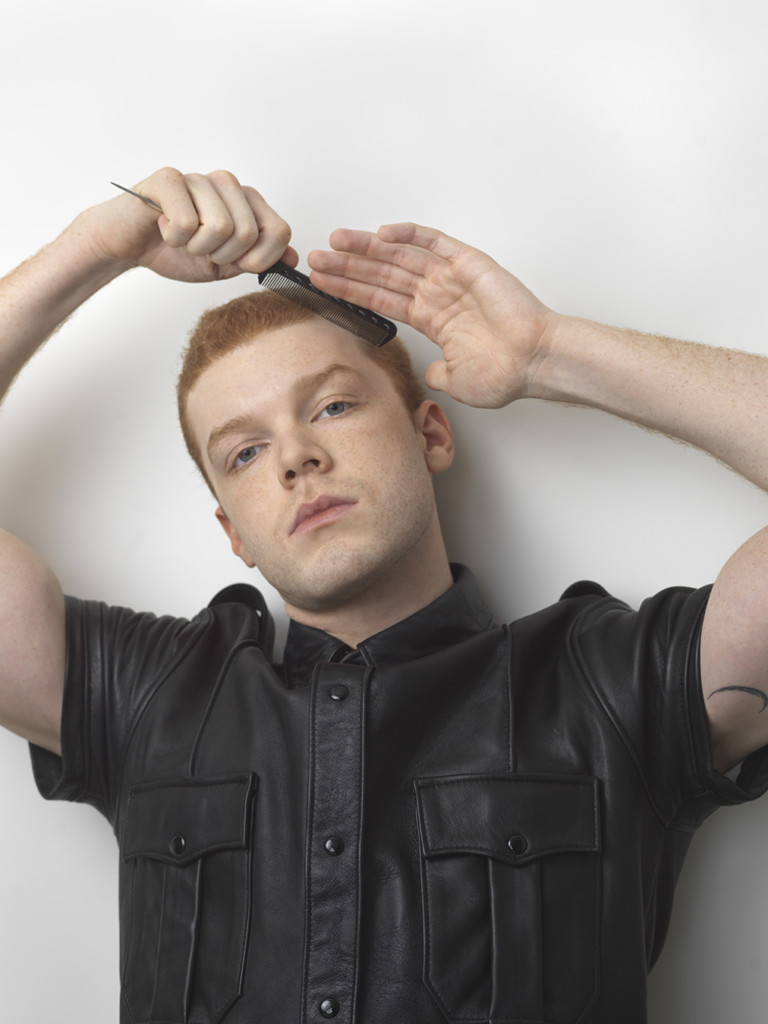 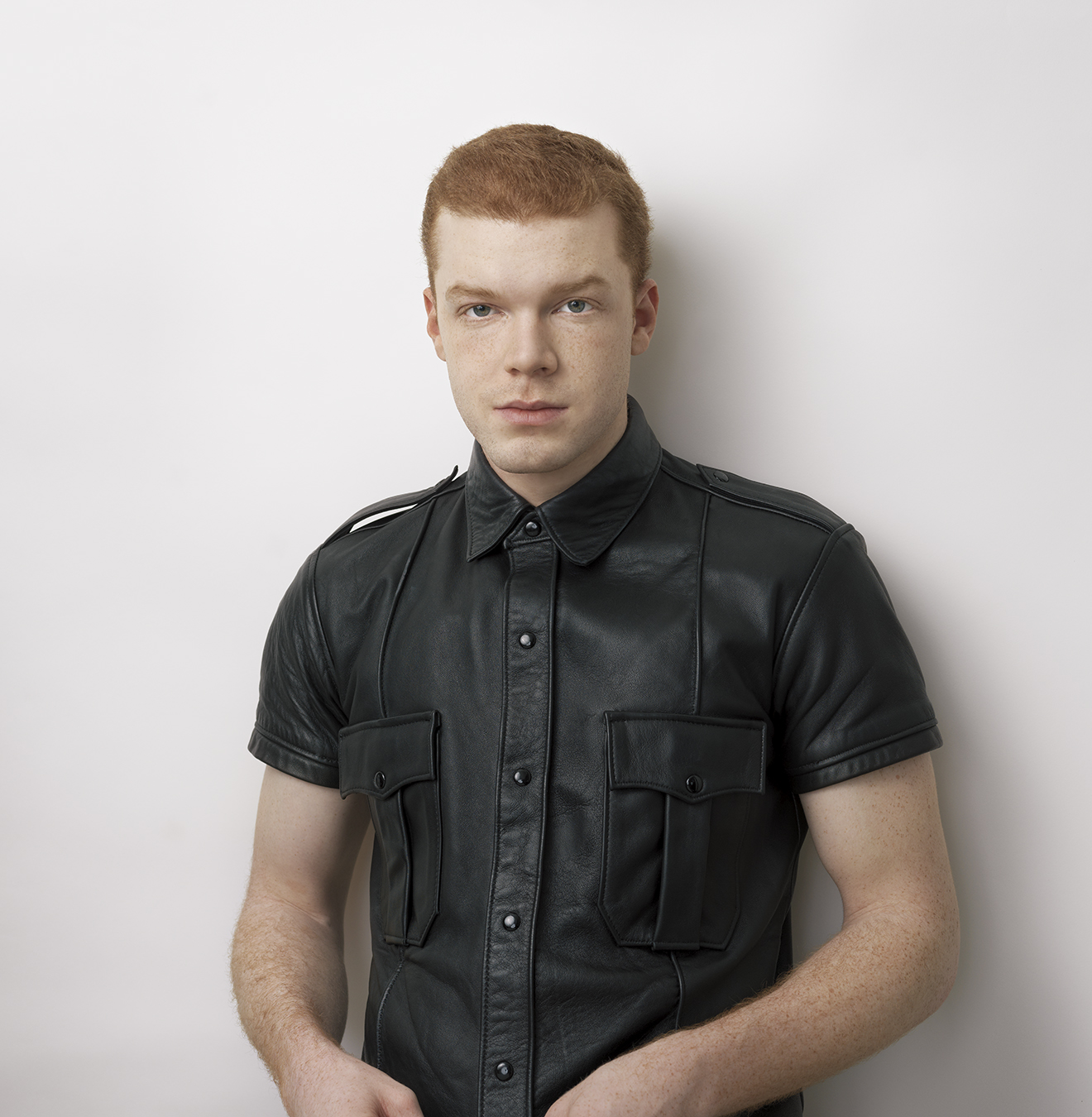 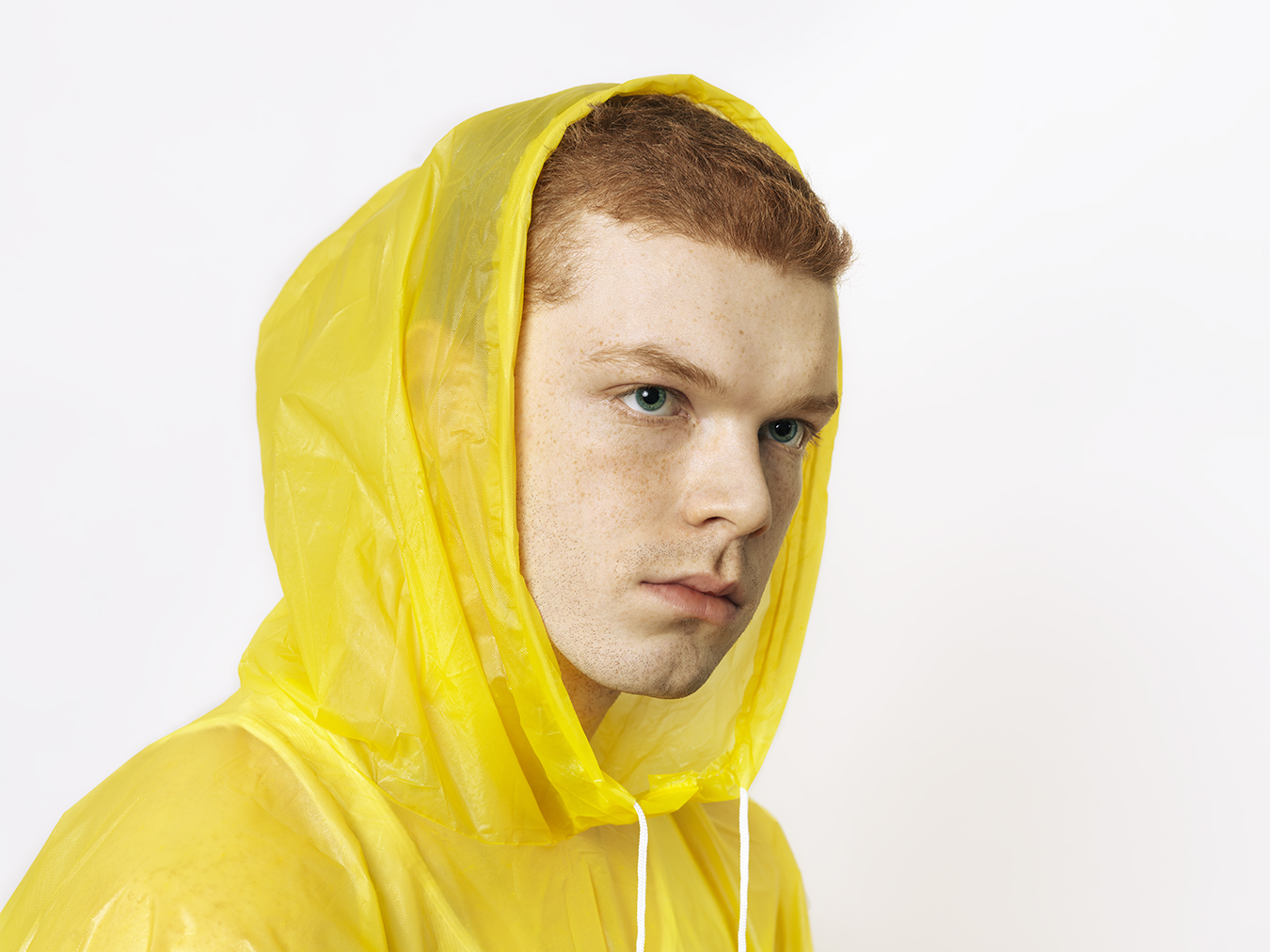 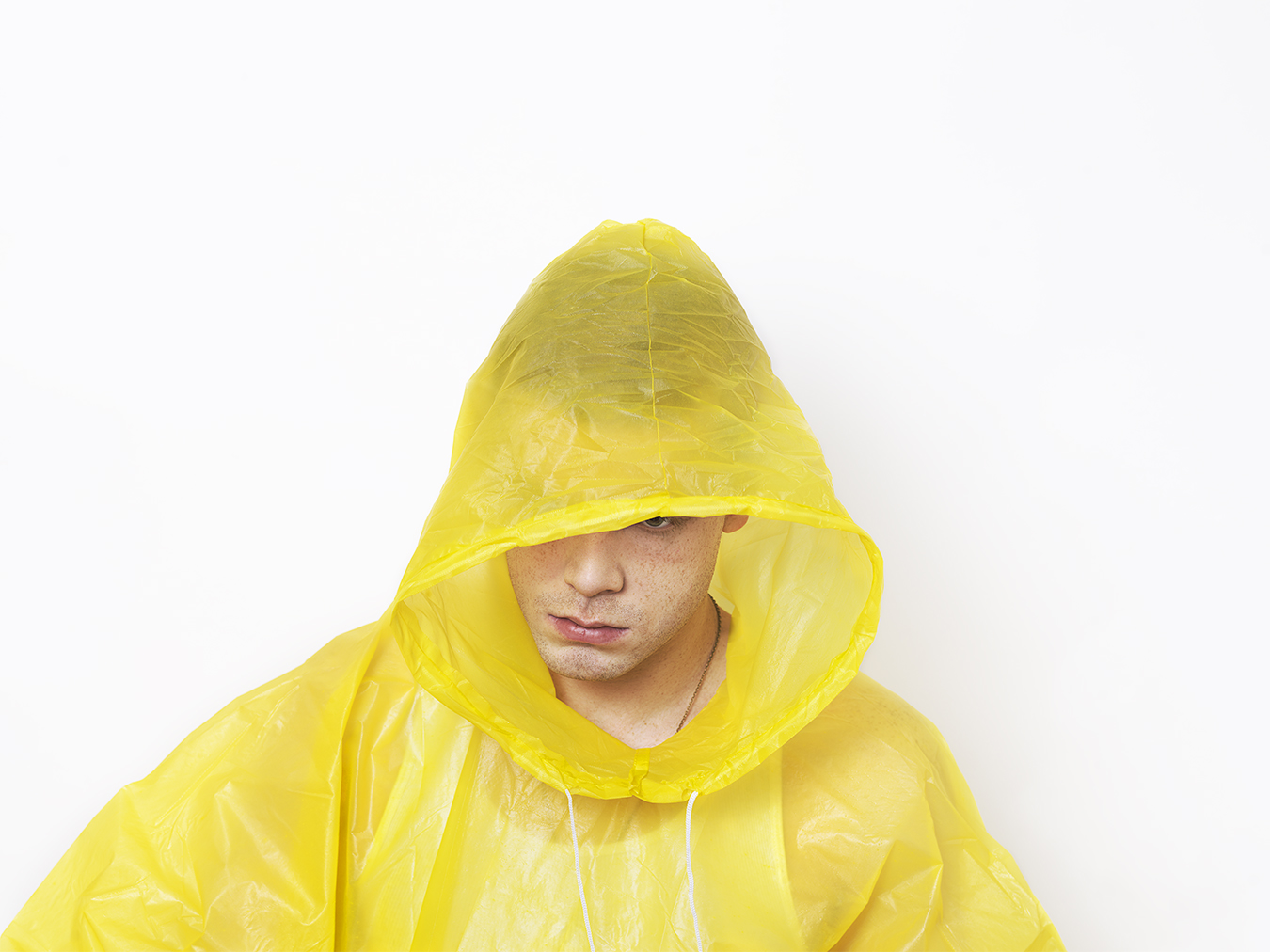