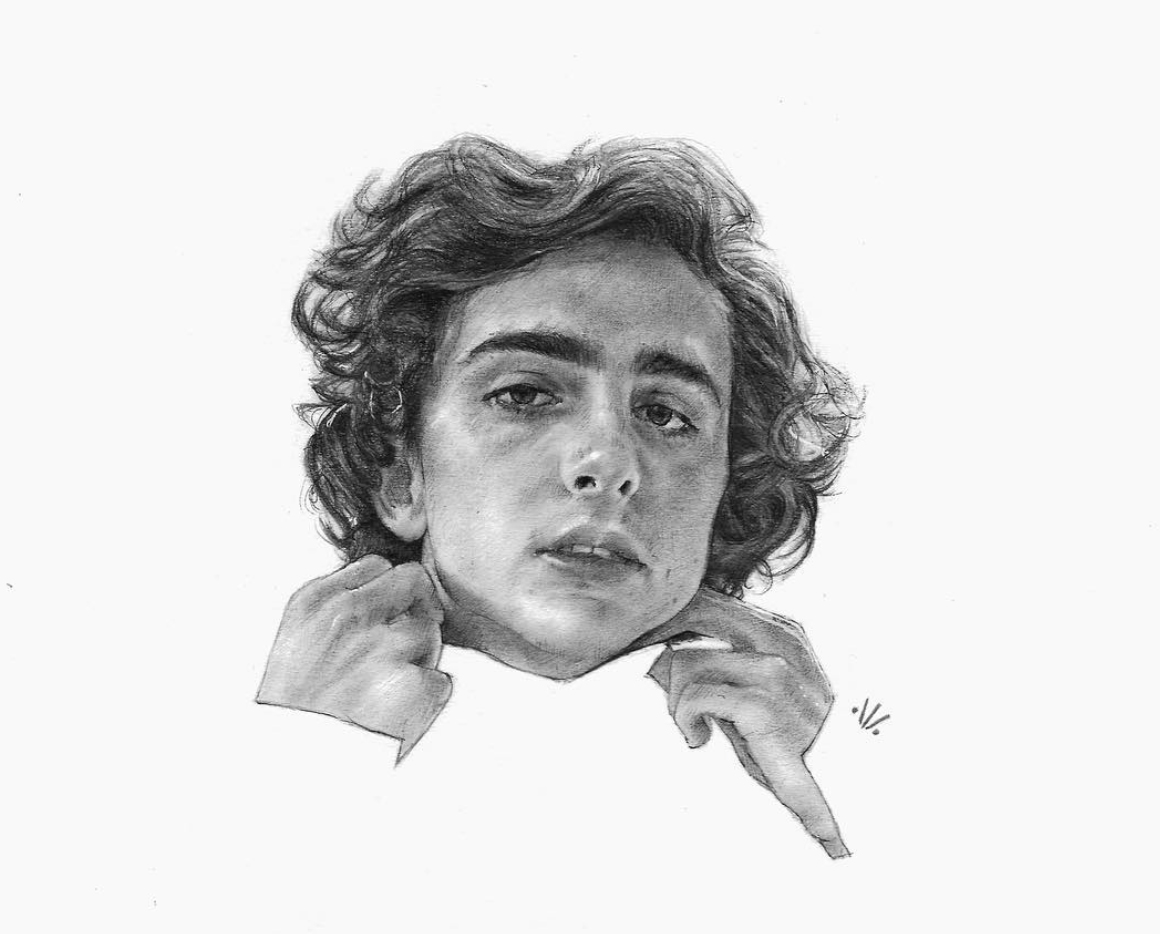 Knocked down on my seat while staring at rolling credits in an ‘80s-style electric yellow font, I kept hearing the song’s husky voice ask, “Is it a video?” as deliberately as the tears seeping from the young boy’s face. Along with me were groups of equally jolted people: men, women, teens, young couples, older friends… They all seemed stunned before the density and candor of the boy sobbing towards our eyes in lieu of the fireplace he perched by. The flames reflected on his wet and somber visage as the song concluded with the same question, “Is it a video?” This final scene in Call Me By Your Name, Luca Guadagnino’s masterful culmination of his Desire trilogy, resonated with me differently each time I saw it—I can tell you it’s more than three. As layered as an artichoke that would easily vegetate in the gardens of the Mediterranean villa where most of its scenes unfold, the film yields its peels in each viewing. Moments of ardor and force between the two protagonists conveyed different intricacies on distinct days and times. One time, I glimpsed a Robert Mapplethorpe poster in Elio’s bedroom; another round confirmed the appearance of flies throughout the film’s scorching atmosphere inescapable number of times. I also paid attention to depth of mundane phrases that would otherwise fleet into air. “What about Elio?” the mother asks, for example, upon hearing Oliver’s impending departure. Or, “You know I am not going anywhere,” Elio utters when told by Oliver to wait for him by the fountain. After Elio removes his watch to play the piano for his guests before his midnight rendezvous with Oliver, his dad, who later in the end advises him “not to kill his pain,” hands his watch back to him, almost reminding that midnight is nearing. Simple words, or acts, fleshed out the overall carnality of Call Me By Your Name.

Among films many cinematic achievements, the spellbinding performance of Timothée Chalamet, a 22-year-old New York-based actor depicting the film’s teenager protagonist Elio, in his breakthrough role is a stand-out. In I am Love (2009), Guadagnino delivered social commentary amidst lavishly crumbling aristocracy à la Visconti, while A Bigger Splash (20015) burst with Pasolini style Mediterranean gusto and suspense. Here, the poignant story of first love and sexual awakening shared between Elio and Oliver (skillfully played by Armie Hammer at his best since Social Network) resonates with Bertolucci’s lust-infused pictures—think of The Sheltering Sky or Stealing Beauty. Weaving his scenes with intricacy and elegance, the Sicilian director attributes longing and carnality to everyday things—damp swimsuits, bare feet, or fuzzy fruits echo on big screen not unlike two lovers’ elegant bodies lounging, flirting, and ultimately caressing under the Lombardy sun. Fetishized through their kinship to the film’s two lead bodies, garments they sport, feet they kiss and fruits they penetrate juxtapose the desire experienced by two star crossed lovers. While two lovers witness ancient relics of male beauty emerge from the Mediterranean, the audience observes three men—of different ages, forms and bonds—frolic in the same water in the consequent scene.

“Natural” has remained a common attribute to define outstanding examples of acting, yet Chalamet furthers such aspect in his interpretation of Elio, reaching similar extents that distinguish poetry from prose or performance art from theatre. The actor’s grasp of his part doubtlessly pans out as natural, most strikingly in mundane acts such as biking, playing piano or chatting around dinner table, but his true triumph surfaces when the protagonist familiarizes himself in private with his object of desire, Oliver, through deliberation and ardor. Encapsulated within Elio’s long glances at the statuesque American student throughout the film’s first hour, Chalamet’s portrayal of youthful fervor peaks when he confesses his yearning to Oliver, into whose arms he later studiously surrenders. In his seventeen-year old body, Elio contains both the subject and object duties of a relationship: when they are thirsty, he seeks water for two; when Oliver declares, “call me by your name,” he willfully abides. As the separation bells start to chime for the lovers, Elio starts to tumble. His infatuates peeks almost like a disease—he vomits on abandoned streets in midnight, while his teenage body strives.

As an Italian-American teenager infatuated with his father’s New Englander apprentice for the summer of 1983, the actor blends innocence Tadzio of Death in Venice conveys with inquisitive adoration of Antoine Doinel in 400 Blows. In the emblematic final scene, throughout which our lovelorn protagonist perches by his fireplace, we witness Elio’s transition from a teenager to a man, delineated by tears gracefully falling from his eyes before a waning flame. Unlike Young Werther, his sorrow does not kill him, but instead he owns the pain after the poignant advice from his compassionate father. Rendering a painfully genuine character, whose every gesture balances potency with fragility, Chalamet joins the canon with exuberance he delivers in his reticent moments and sorrow he imbues into adolescent buoyancy. 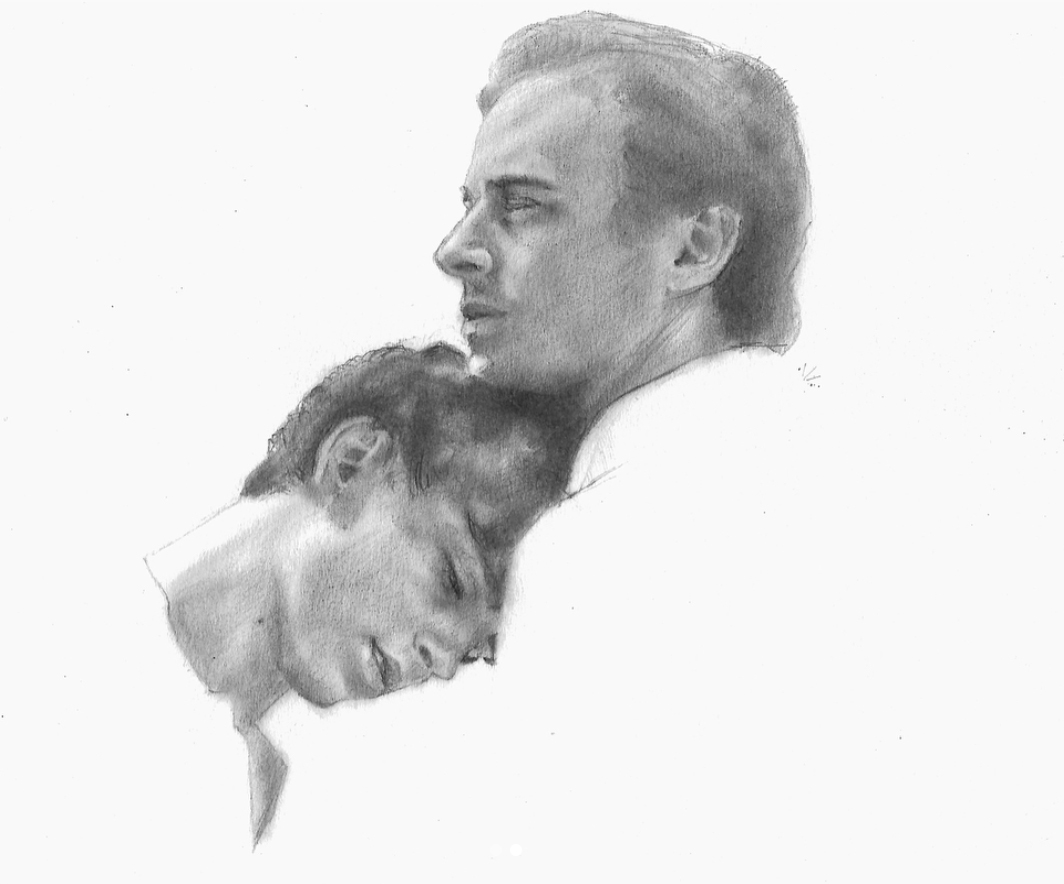 admin2018-02-21T14:06:41+00:00February 14th, 2018|Categories: ANOTHER THING I HAVE SEEN WITHOUT YOU, FLASH LIGHT, PAY ATTENTION, STALK TALK|Tags: actors we love, call me by your name, Luca Guadagnino, OSMAN CAN YEREBAKAN, take me to the movies, Timothée Chalamet, Wiktoria|