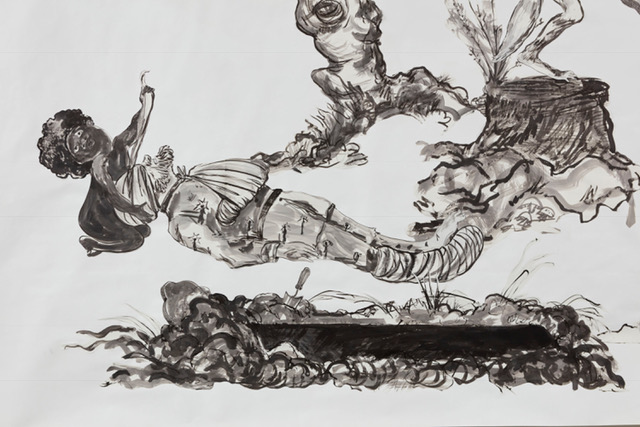 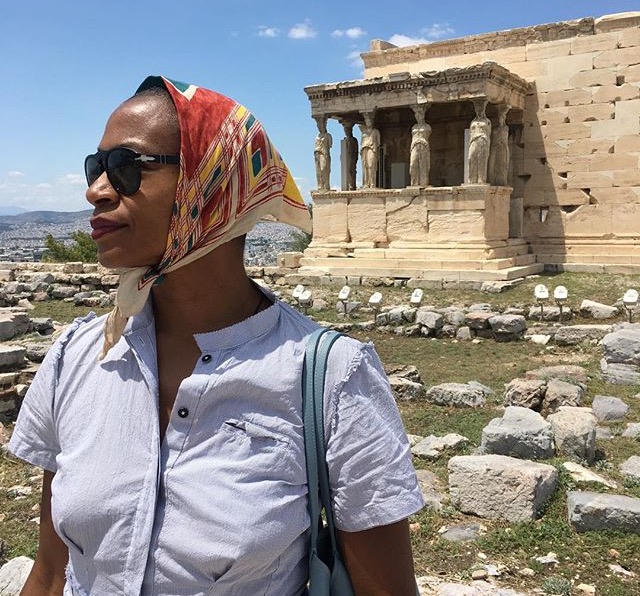 Kara Walker’s solo exhibition of new paintings is announced by Sikkema, Jenkins & Co as a spectacle drawing the art world to admire new works, in the vein of her sensational art world presence. Walker herself states “I don’t feel the need to write a statement about a painting show”: she may not need a statement, but this show is a necessary stop this Fall in Chelsea.

I don’t really feel the need to write a statement about a painting show. I know what you all expect from me and I have complied up to a point. But frankly I am tired, tired of standing up, being counted, tired of “having a voice” or worse “being a role model.” Tired, true, of being a featured member of my racial group and/or my gender niche. It’s too much, and I write this knowing full well that my right, my capacity to live in this Godforsaken country as a (proudly) raced and (urgently) gendered person is under threat by random groups of white (male) supremacist goons who flaunt a kind of patched together notion of race purity with flags and torches and impressive displays of perpetrator-as-victim sociopathy. I roll my eyes, fold my arms and wait. How many ways can a person say racism is the real bread and butter of our American mythology, and in how many ways will the racists among our countrymen act out their Turner Diaries race war fantasy combination Nazi Germany and Antebellum South – states which, incidentally, lost the wars they started, and always will, precisely because there is no way those white racisms can survive the earth without the rest of us types upholding humanity’s best, keeping the motor running on civilization, being good, and preserving nature and all the stuff worth working and living for?

Anyway, this is a show of works on paper and on linen, drawn and collaged using ink, blade, glue and oil stick. These works were created over the course of the Summer of 2017 (not including the title, which was crafted in May). It’s not exhaustive, activist or comprehensive in any way.