As Pacifico Silano prepares for his upcoming solo exhibition, After Silence, at Stellar Projects; we caught up with him to discuss his influences, tattoos and what drives his work. 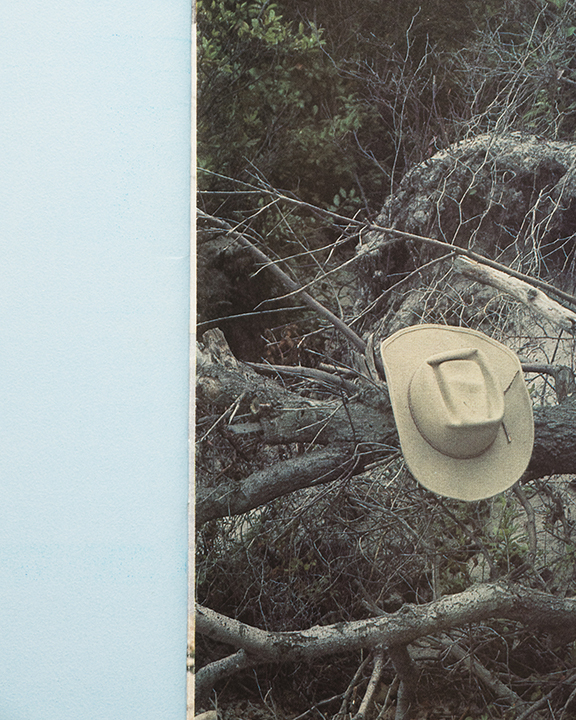 all images courtesy of Pacifico Silano

How did you choose the name of the show?

After Silence is inspired by the adopted Act Up slogan, Silence = Death. [The Silence=Death Project, most known for their iconic political poster, was the work of a six-person collective in New York City: Avram Finkelstein, Brian Howard, Oliver Johnston, Charles Kreloff, Chris Lione, and Jorge Soccarás] I wanted an interesting way to reference that and it somehow felt right.

As I am working with tear sheets and found images, I like looking at the past through the lens of today.

Yes, you often work with tear sheets how does that play with emotional quality of the work?

What do you want people to know about the show?

It’s a visual exploration through emotional and physical loss. Then again, as it’s photography, the audience can imbue their own ideas onto the work.

If there is a soundtrack to After Silence, what would need to be on it?

Ummm… I’m thinking of a Connie Francis song because of the melancholy tone masked under a cheerful veneer.

No, maybe Lana del Rey’s Honeymoon because it has a slow burn. There are more layers that reveal themselves as you listen.

Not at all. I think living through the Regan presidency had to be a special kind of hell. Thankfully, I was too young to remember any of it. The 1970s I could definitely get into. Jack Pierson once said at a talk that most generations want to live in the era that they just missed out on. I find that to have some truth to it.

Yes, I think about my uncle that died and all of the countless lgbtq role models that we lost. There is an entire generation just completely wiped away. I have a hard time moving on from that. I think about what a privilege it is that my creative peers and I will get the chance to become mentors.

Thank you. There are always moments of just missing something or someone in my work. This is also why I like found images. I get to decide what I reveal to the viewer.

How many tattoos do you have?

I honestly don’t know. I’ve lost count, but I do know that the largest is my Tom of Finland leg sleeve. It goes from my ankle to my ass cheek and it includes 14 dicks. 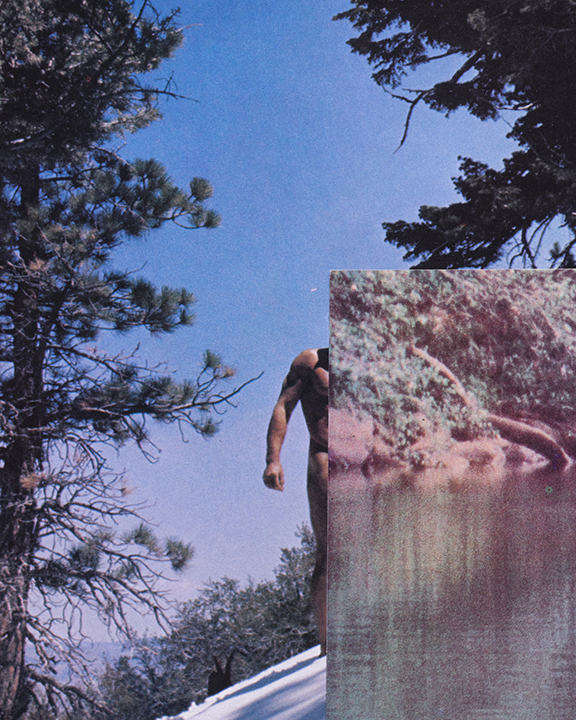 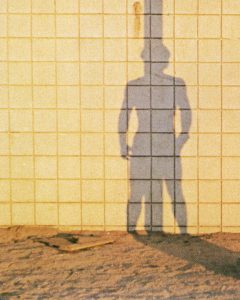 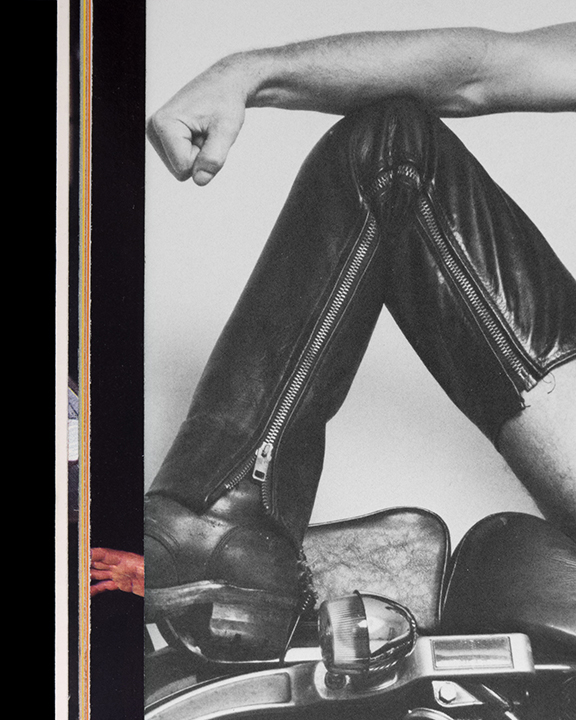 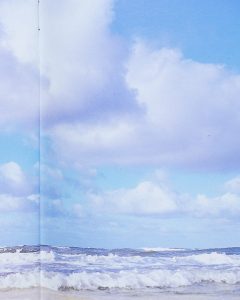 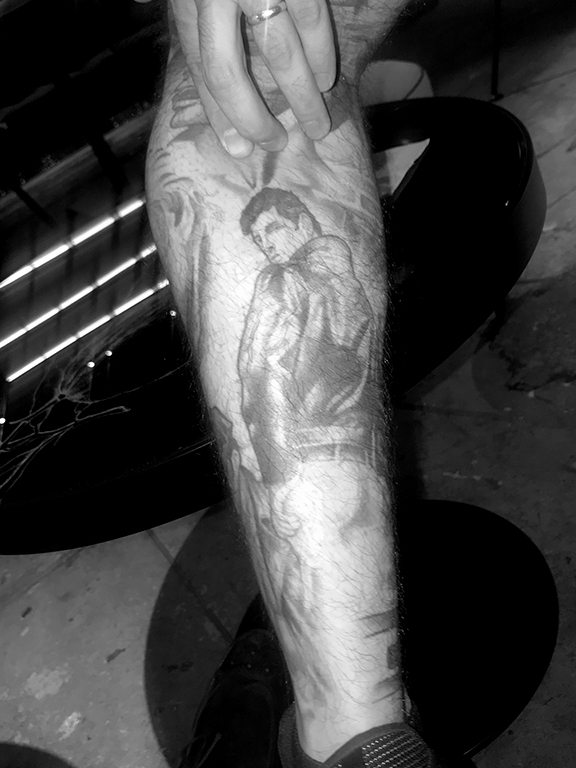 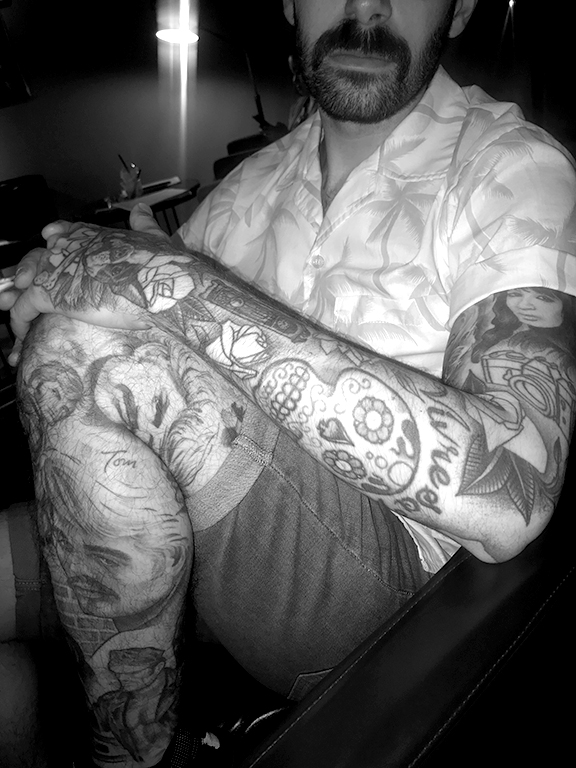 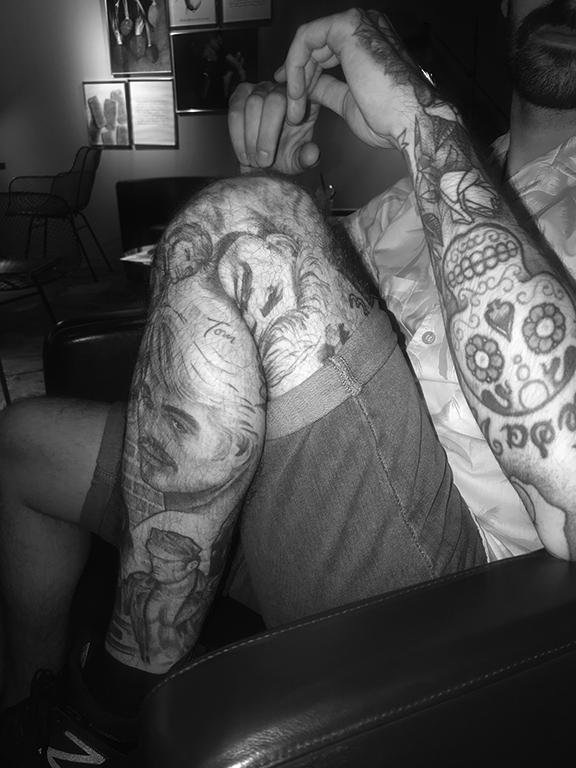