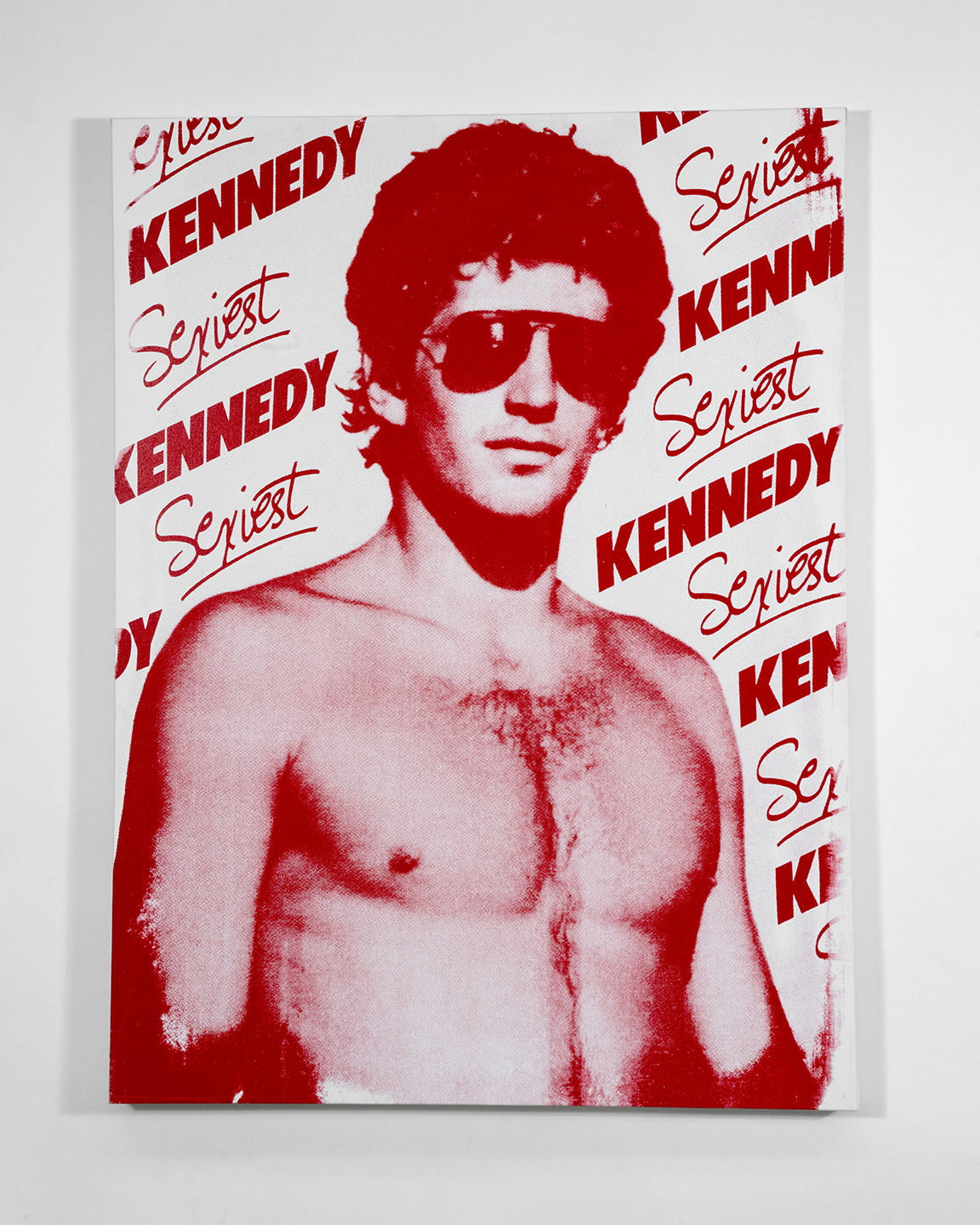 Subtlety is present in Silano’s John John, on view now at RUBBER FACTORY gallery on Manhattan’s Lower East Side, even if this aspect of the work is not immediately apparent. Upon entering the space, images of shirtless hunks stare down visitors, vivid in primary colors. A video on loop on a twenty-plus year old TV set reveals moments of a sexy, suited man darting across Manhattan’s city streets, while the same man runs shirtless through Central Park on a nearby wall. The exhibition title, John John, holds the hint to this man’s identity: it’s Kennedy clan hunk John F. Kennedy Jr., gone from us too soon in a plane crash in 1999 when he was 38 years old. 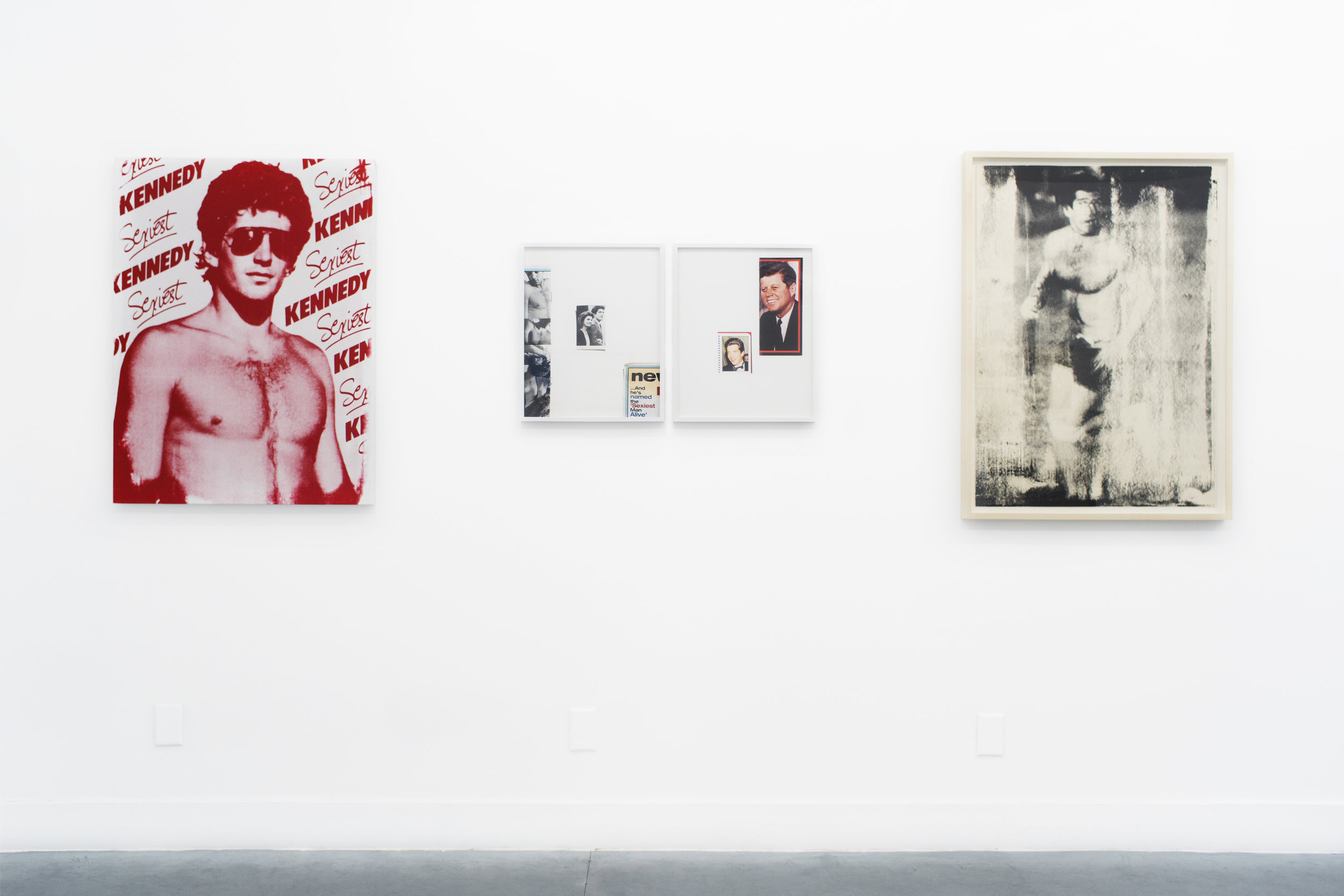 Discussing this moment in our cultural history, Silano and I both realized we grew up during the apex of Kennedy’s celebrity in a world where adults admired and idolized Kennedy Jr., with his image constantly cropping up in tabloids, papers, and in TV footage. In this era, firmly lodged between the dawn of MTV’s Real World and the launch of the TMZ channel, the ubiquitous coverage of John F. Kennedy Jr.’s life reached dangerously obsessive levels. From being featured on People magazine’s cover as the Sexiest Kennedy to appearing on multiple TV channels walking into work at the Manhattan DA’s office, Kennedy was seemingly everywhere when he was anywhere. Silano explores this fascination with homegrown political royalty, an obsession occurring at a specific moment in American pop culture when society was firmly grappling with the meaning of the neverending image across various mediums including, increasingly, the newly omnipresent internet. 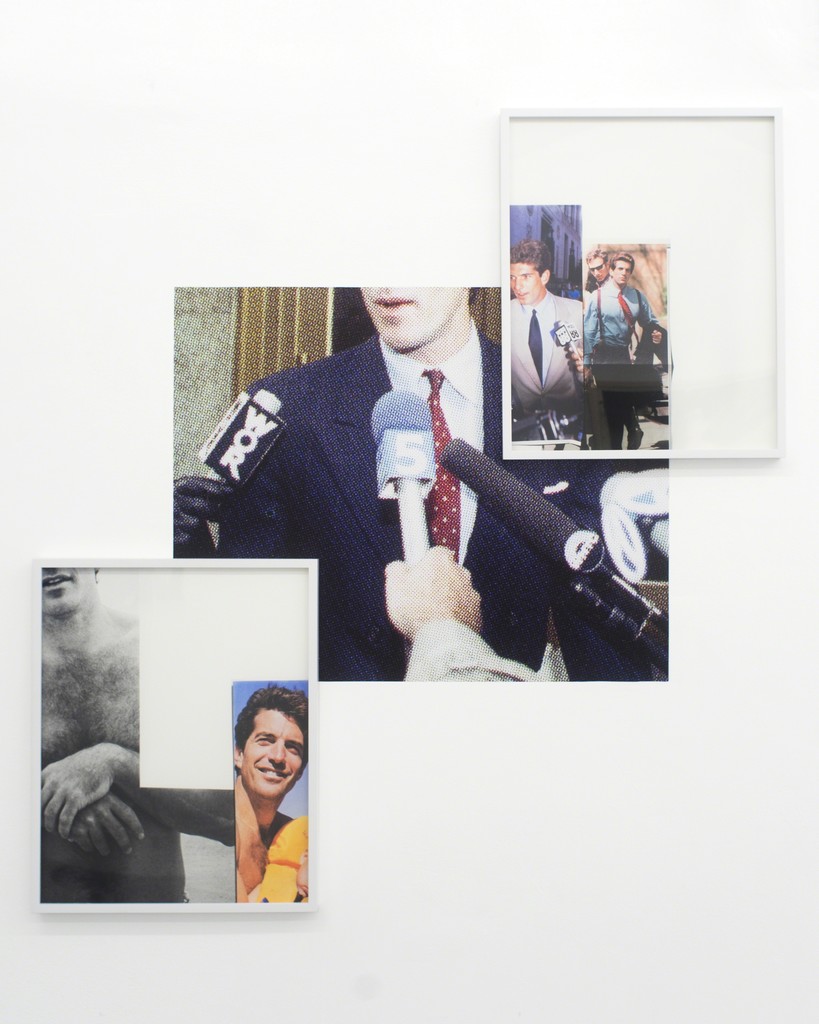 Along with this media fascination, Silano also taps into the American Dream: the lingering lust for capitalism as found in American brands. Take as an example the screenprint diptych depicting a tabloid magazine cover image of a shirtless JFK Jr., one in red with the other one in blue. Each appealing image of him is flanked with the title “Sexiest Kennedy”. The images repeat the text, forcing Kennedy to the forefront of the picture plane as a brand ambassador promoting this “hot” Kennedy product. The works also wrap in the male gaze, making clear the homoeroticism latent in many of the depictions of Kennedy in various states of non-attire. Silano remarks on this potent blend of seduction and branding, noting, “What’s more American than Kennedy and Coca-Cola?” The repetitive format of the phrasing with Kennedy’s shirtless aviator appearance evokes allure, glamour, the male-to-male gaze, and Pop kitsch simultaneously. 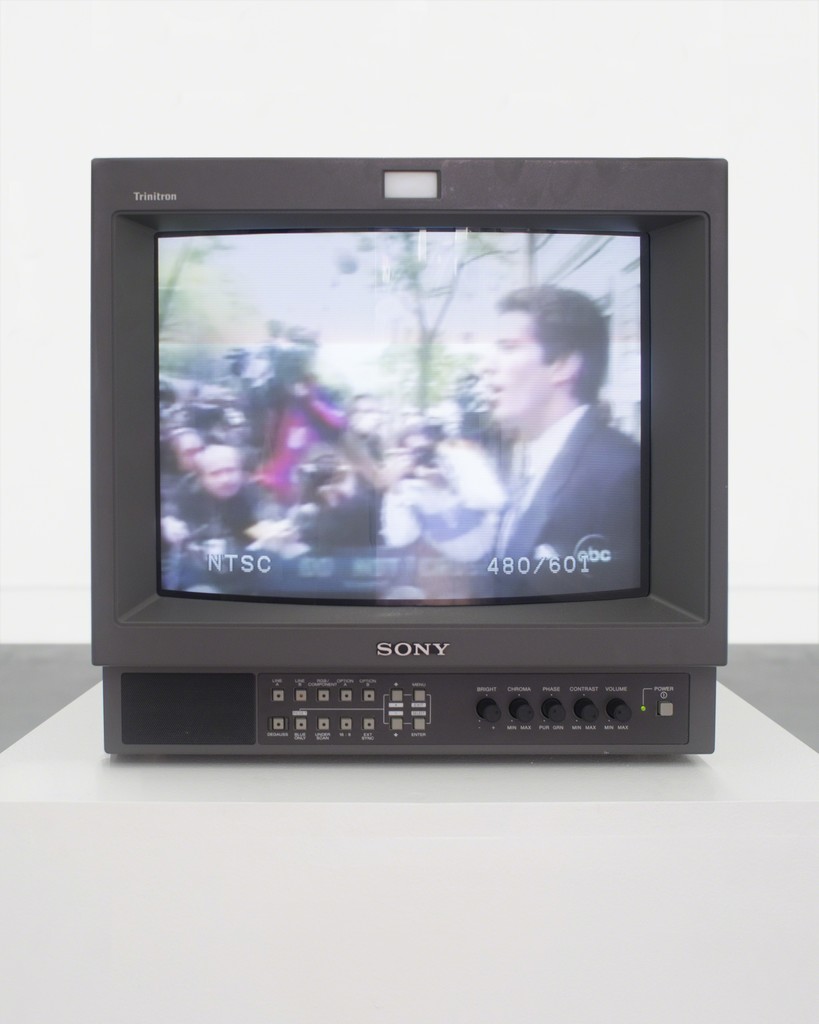 In some artworks the image apparently breaks down, as in Silano’s screenprint with multiple layers of a barely discernible JFK Jr. shirtless in short shorts playing outdoor sports. The print is in black and white, corroded: alternately present and missing. The image is an object suffering from our insatiable desire to consume it to no end. “The degradation [of the image] in this piece speaks to how we consume images and the life of an image – particularly found images which are mass-produced,” Silano remarks. The power of the image lies in what it does not reveal, as the image is one of the most well-known of Kennedy in the public’s memory. 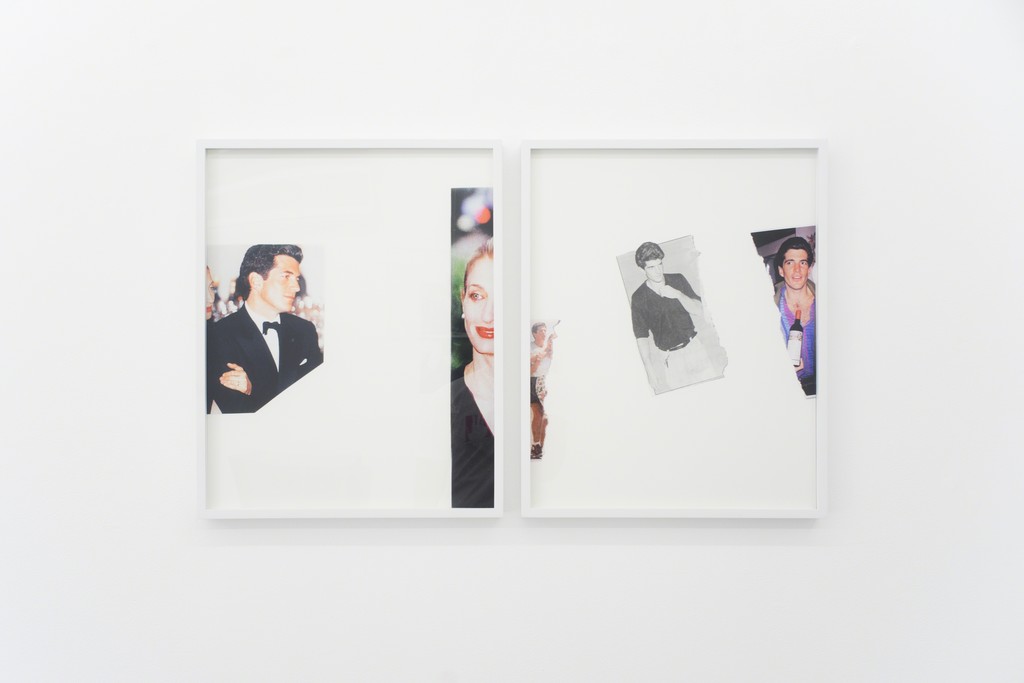 The gallery features prints of fan-created artwork depicting various views of Kennedy’s bare body in fragments: a shoulder here, a chest there. These works flank a small, 90s-era TV set playing a video loop showing JFK Jr. in various scenarios – particularly, in situations where he is crowded by a herd of paparazzi snapping photos. Behind the video is a large print depicting rare-issue JFK Jr. coins: relics of an era, memorials to the memory of a President who could have been. Collages of John John fixed on canvas inhabited between negative spaces separating him from Kennedy family members draws these relationships yet leaves an uncomfortable visual silence. These pieces demonstrate the strongest impulse of works of the show: palpable, yet receding from obvious meaning. These works reveal the pop tendencies present within Silano’s work along with a deafening silence and an undeniable subtle longing. This remaining longing holds sighs of regret for a forever unknowable future of an American political celebrity taken from us too soon for our insatiable media consumption to fully process.