Murray is our latests obsession and he is photographed for our latests series on Instagram. 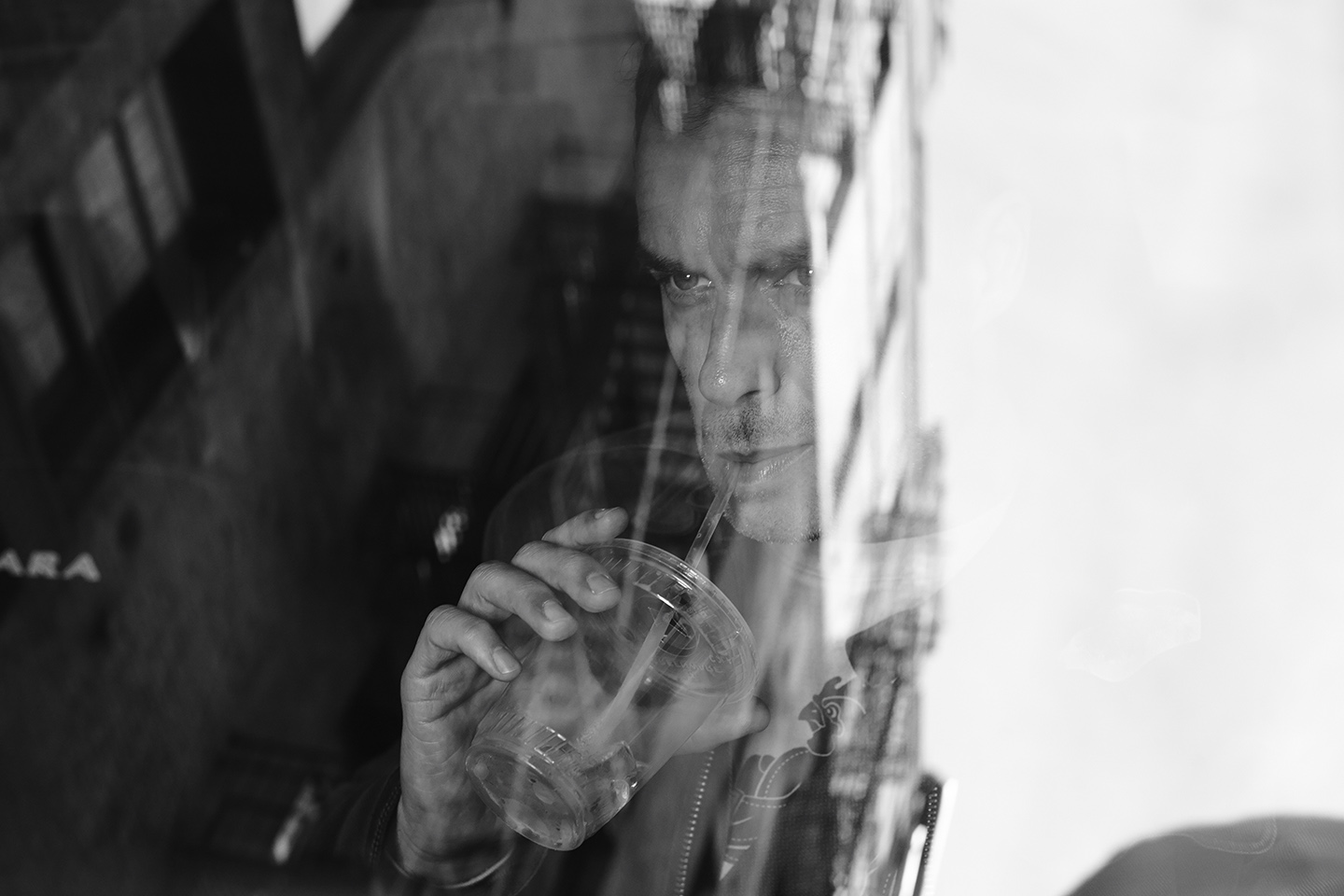 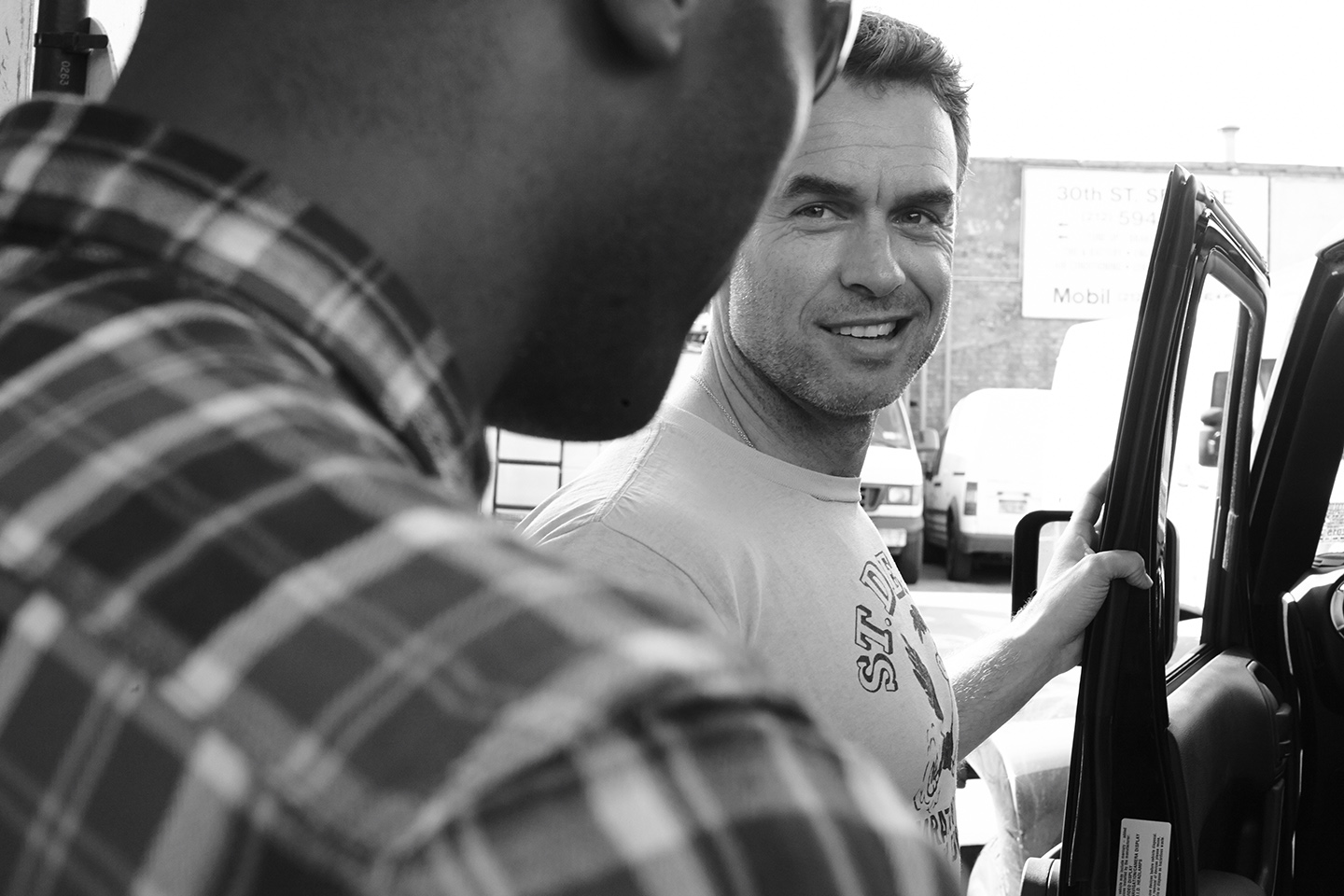 If your life was a mix tape, what songs would be on it?
It would have to represent all phases of life. There would need to be an arch of emotion, love, break-ups, highs and lows.

Believe me, we have made our fair share of mix tapes to deliver to an unrequited love interest.
Awe…so did I!

Is there a particular song that must be included?
I would have to say Nina Simone needs to be somewhere in there. Maybe the song “Feeling Good”. I also think there needs to be Pink Floyd because I listened to him when I was younger. I would need a fair amount of moody nostalgia.

Do you still listen to Floyd?
Yes. Right now I’m in a nostalgic moment. I like to listen to stuff that remind me of different moments in my life. I like revisiting moments.

It sounds like that kind of nostalgia that only happens with scents too.
Oh yeah?

Yes. Try a cologne for only a certain period of time, then put it away. After some time, smell that scent again and you are instantly taken back to the moments you had when you wore that scent. It’s a wormhole to the past. For example, smell CK1 and you will see where that takes you.
Wow, I’ll do that

If you where not an actor, what would you do?
That’s a hard question because I’ve always wanted to act. I suppose if I had to answer that question, I’d say maybe be a dancer. I remember watching Rudolph Nureyev on television, as a kid, and being mesmerized.

Tell me about an early time that performance became important to you.
When I was 5 years old, I had my front teeth knocked out and consequently I could not pronounce the letter “S” properly. I then needed to go to a speech therapist, but I enjoyed working with her because she got me to read  poems and monologues aloud. I actually kept doing stuff with her even when my speech was corrected and continued to do speech and drama stuff throughout my childhood.

Thinking about some of your past roles, there has been a great dynamic between your male character and your characters’ female friendships. (i.e. your role in Sex in the City and Looking) There seems to be a deep platonic bond you share with your co-stars on screen. Does that mimic anything you have had in your personal life?
Yeah, I have these two female friends in my early days in New York. One I knew from primary school and the other I knew since I was 15. We all ended up in New York and we met every weekend for brunch. It felt very SITC. We talked all about our excitement and frustration of living in the city. I have always had very solid friendships with women.

What is it like to be friends with you?
As my friend, you have to forgive me for being late and you have to be patient with me for oversharing about my relationship. I think I have a great time with my friends, but maybe that’s not for me to say. I have always had intimate, intense relationships with my friendships. Very open. No secrets.

There’s a sense of fearlessness you need with that type of relationship because you are being vulnerable. Sometimes one needs a friendship that are about phone calls from 3am until 5am and the information can not be thrown back in your face at another time. It takes risks and trust.
Yes, I know what you mean. Sometimes I will have these long conversations with close friends and afterwards I would be saying to myself, “I can’t believe I discussed all of that”. It’s the feeling of giving it all away. The friendships I really value are the ones when we both do that.
Also, you can say things that are not completly true. Conversations are about venting it out and working through things. My close friends know me well enough to know that not everything I say is always the way I feel two weeks later. They know the value of getting things out.

Do you believe that platonic male/female friendships have an expiration date? Perhaps they only live in the fun misery of college dorms. Then once life, marriage, careers and kids come in, do you think the friendship must die?
I have found that with my friendships they have gone through different phases but it really depends from where we started. With some of my close friends, I met them while they already had those things in place. Besides, like most relationships you have to roll with the phases. Each relationship is specific it itself.

So, you are a very loyal friend?
Yes. When you have a strong relationship with someone, its worth working it out.

Do you have a favorite era?
I have a fantasy of San Francisco in the 70’s. Its a feeling of “an awakening” in the city and the feeling of possibilities of where the city can go. It’s rooted in my love of the book Tales of the City (written by Armistead Maupin). It may not be completely realistic but it was about a utopia.

Do you think about this era in the terms of sex, drugs or politics?
It’s all about exploring boundaries and feeling that you can go beyond what is expected of you.

What would be a surprising talent you have?
I’m a really good cook.

What do you love to cook?
At the moment I’m cooking whole fish.

Are you ever nostalgic for Australia?
Yeah

Do you miss it?
Yeah. At times I miss Australia when New York gets overwhelming.

If you can take an element from there and bring it here, what would it be?
I wouldn’t want to. The reason that I came here is because it is so different. It was beautiful living by the beach in Sydney, but I love that it is so different from New York.
What brought me to New York was that I felt very restless. I didn’t know what I needed, but I knew I needed something. It was an instinctive feeling.

Is there a moment in a film that left a major impression with you?
There are a lot of things that come to mind. One of films I love is You Can Count on Me. I love it because it’s so beautifully written and acted. There’s this scene, written by Kenneth Lonergan, when the brother and sister characters, played by Laura Linney and Mark Ruffalo meet. It’s a long scene where they are brilliant in this intimate conversation, but it’s also realistic. There is this small moment where a moth comes and lands on Mark and they just go with it. It’s so natural and soft.

This goes back to the way you are viewed in your work. Do you recognize that you have such a great ease in your interaction with your co-stars?
I love the interaction with the other actors and I always listen to them and react from that. I love when people are communicating. Talking and listening.

This is why your job leaves you so emotionally vulnerable. You have to be open and ready to receive the other person, even if they are not.
If someone is shut down, it also gives you something to play off of. It helps you to work instead making something up. I love it when actors are unfiltered, but I also love adapting and making something interesting.

Do you have recurring nightmares?
Yes.
This blonde woman that hired these guys to kill me in Hong Kong. It was very vivid and I felt the bullet going in my head. I went to see a dream interpreter about it.
Then some time later in a different dream the blonde woman sent the same men to douse my car in gasoline and chase me around. I remember running away only to run back into her. Then she, herself, shot me in the head.
In the last version of this dream. I was walking along a road and the blonde woman was there. She telepathically told me that she is the personification of fury. I then told her that she couldn’t hurt me.
Then I never had that dream again. 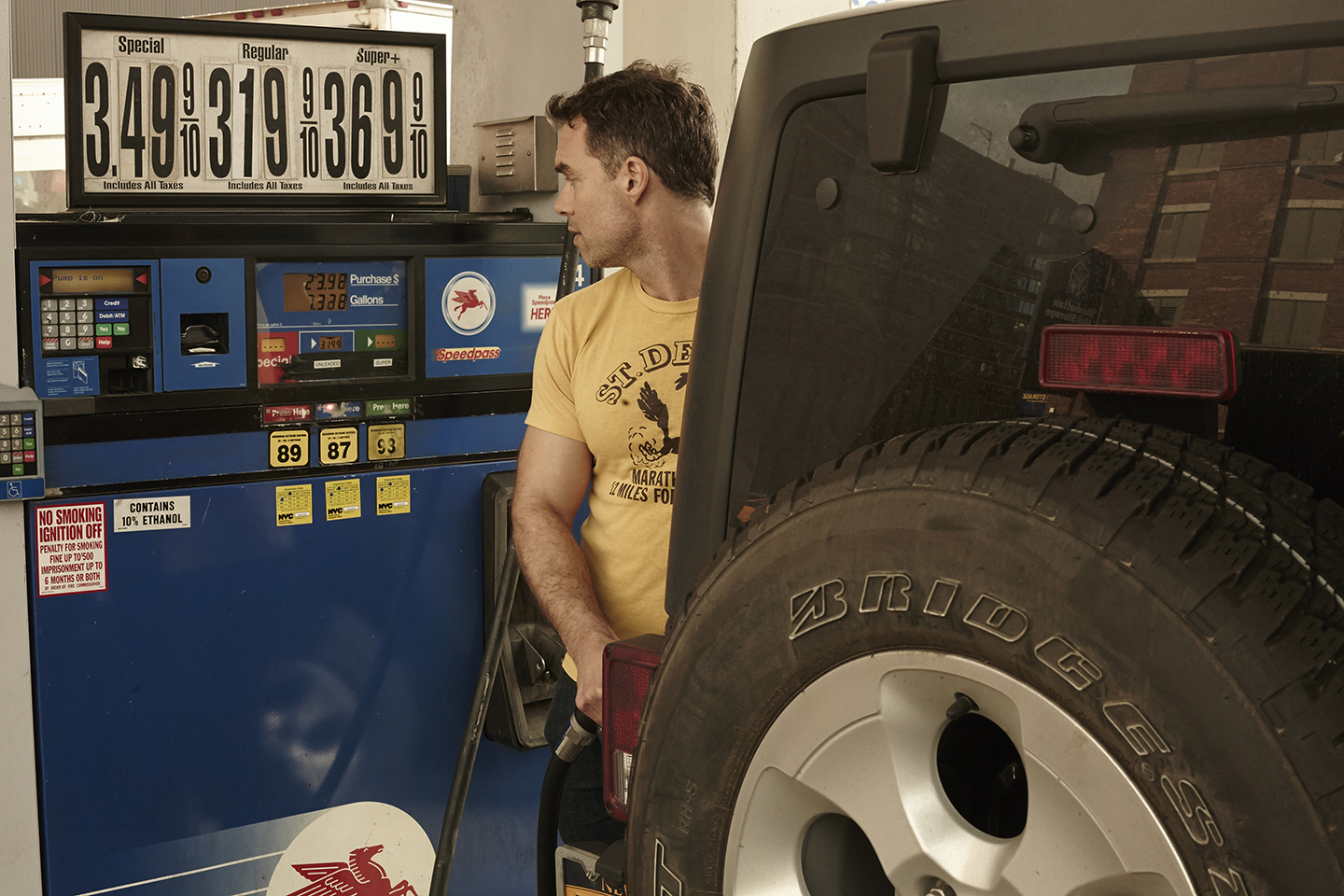 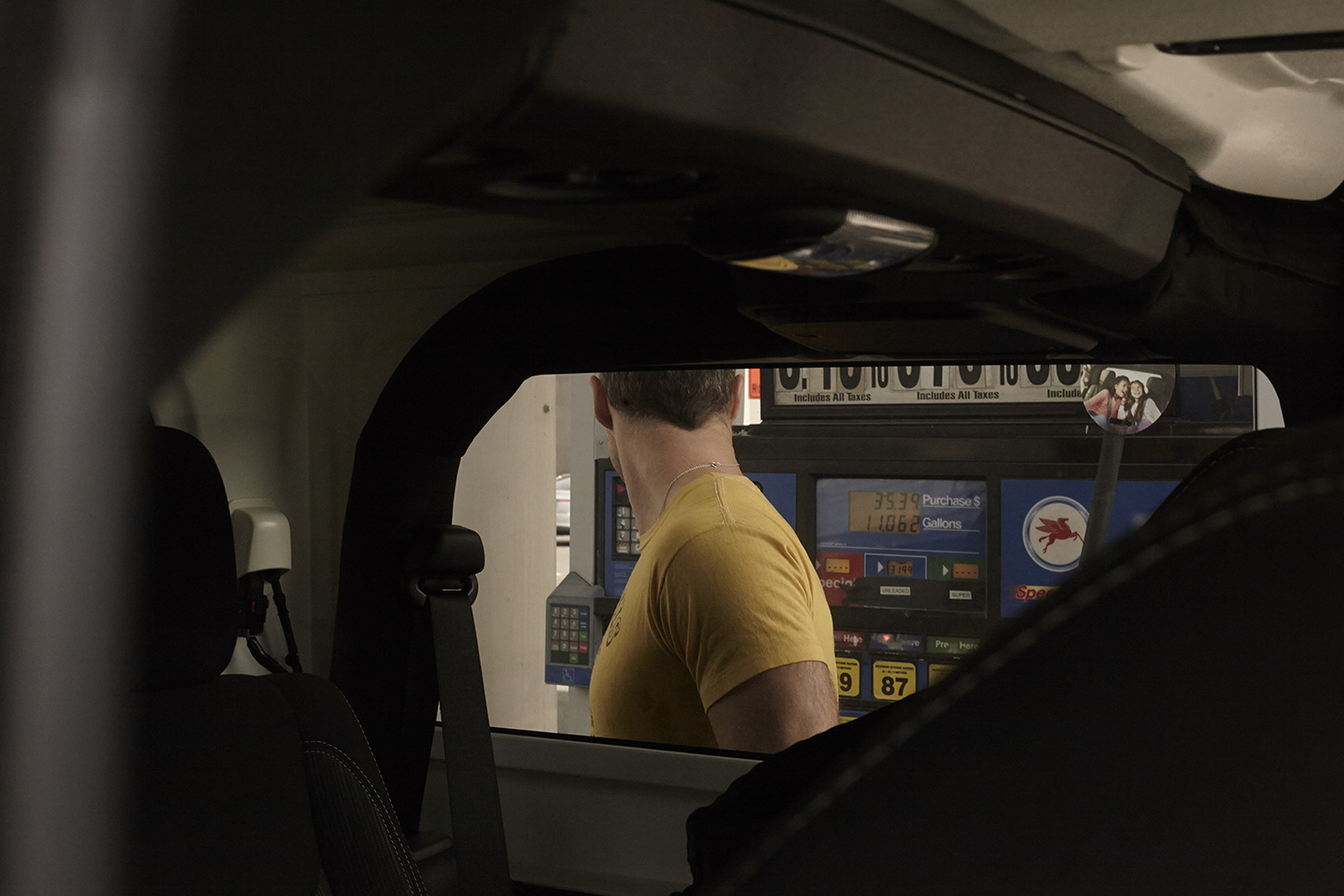