In the Upstairs Project Space of fordPROJECT, Peter Dayton presents “rocknrollshrink…”, an exploration of an individual’s memories as they relate to the democratic institution that is Rock n Roll. 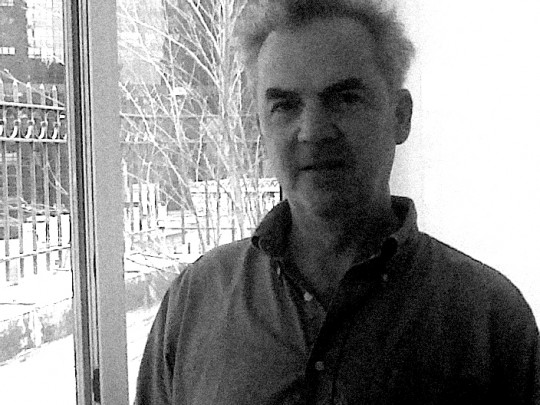 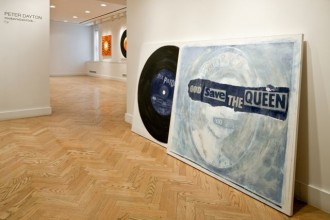 FJM:
What is the trait the best musicians of the 21st century need to possess?

PD:
Clarity of vision and an incredible voice.

FJM:
What would a musical genius look like in today’s age?

PD:
He or she would have to look really good. That’s not the hardest part.
Natural talent with a sense of detachment always works. Beauty is
important. Throw in a little world-weariness and, well, think Mick
Jagger or an actor like James Dean. Right? The last rock star was
Scott Weiland of Stone Temple Pilots. Oddly enough, I saw him years
ago on TV for a tribute to John Lennon. He did “Revolution” – and
totally owned it. Richard Butler of the Psychedelic Furs. He had
presence and power. Before that, Bowie was the rock star of the ’70s.
I don’t know if you can do it anymore. Too much music. There’s too
much happening and too many subgenres. The whole thing now for me is
that the Internet makes it difficult to focus and discern quality.

PD:
Woodstock was one of the best experiences of my life. I was 13 and
asked my mother that, “If I went with my music teacher and two kids
from eighth grade could I go?” She said, “Why not.” We arrived safely
and stayed until Hendrix finished up. [He notes he was 100 feet away
when Hendrix performed.] There weren’t that many people left compared
to Saturday night. It looked like a Civil War battlefield, but instead
of bodies there were thousands of sleeping bags covered in mud and
tons of debris. I’ll never forget the quality of the music and the
quality of the sound coming off the stage. The Who signaled the end of
the ’60s for me at Woodstock. They were dark and dangerous. It was
thrilling to watch.

FJM:
Who was your first artist crush?

PD:
That would probably be Salvador Dalí, when I was about 13.

FJM:
Which city do you have the biggest crush on – and are you most excited
to visit?

PD:
That’s easy. Paris. I lived there in the mid-’80s for almost three
years. Living in Europe gives one a chance to understand the world. It
made me a better American. If you ever get a chance when you are young
to go – go!

FJM:
To what songs do you relax and blow off steam?

PD:
I would have to say dub reggae from the 1970s. Lee Perry is the best.
Augustus Pablo, King Tubby, etc. Dub is like a dream you can’t dance
to.

PD:
Keith Moon comes to mind, but that would be very difficult. Shadow
Morton, too. I worked with Ric Ocasek in the late ’70s and early ’80s
who produced some tracks for La Peste and Peter Dayton Band. That was
really cool. He was very supportive.

FJM:
Who is your biggest musical influence no one would expect or you keep hidden?

PD:
I don’t believe in hiding influences, but I would have to say The
Ramones’ first album was very important to me. But I never tried to
hide it – I tried to emulate it. A hidden influence would be more like
Melanie or George Jones. Roxy Music’s first album was an eye-opener
and somehow a very private experience because it was so different from
everything else.

FJM:
What is your favorite natural sound?

PD:
Natural sound for me would be waves breaking on shore.

FJM:
What is your favorite manmade sound?

PD:
Manmade would be a Gibson Les Paul Jr. going through a Fender Twin
Reverb. For reference, Google Johnny Thunders.

FJM:
What is your favorite musical instrument?

FJM:
What piece of cinema has the best music and the best soundtrack?

FJM:
What is your favorite song?

PD:
The Rolling Stones, “Get Off of My Cloud.” Or maybe The Beatles,
“Please Mr. Postman.” That’s a tough one as it changes every once in a
while. John Lennon’s voice always makes the little hairs on the back
of my neck stand up. I saw The Beatles live three times. I would give
almost anything to have him back in the world.

FJM:
What’s the best pick-up line you heard at a punk show in the ’70s? And
did it work?

PD:
“I’ve got the dope that killed Sid Vicious” – but that was on the
street in NYC. The best was, “Can I buy you a beer?” It worked. We
were together for two years because of one bottle of Budweiser.

Peter Dayton was born in 1955 in New York City. He is qualified to perform rocknrollshrink sessions based on the fact that he saw The Beatles three times and went to Woodstock at 13 years of age. Not to mention forming and fronting the seminal punk rock band La Peste. (The only record released by La Peste was discovered in John Peel’s record collection at the time of his death.) He continues to paint and plays drums and guitar 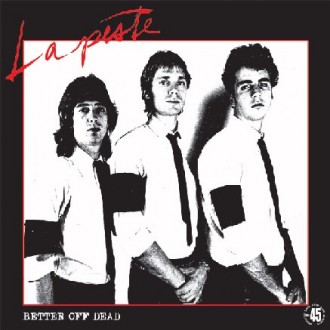