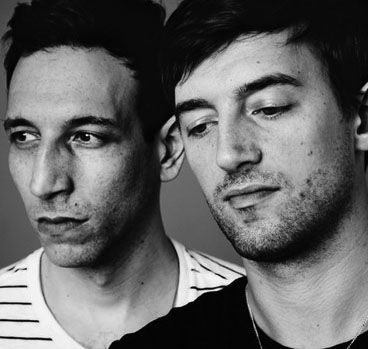 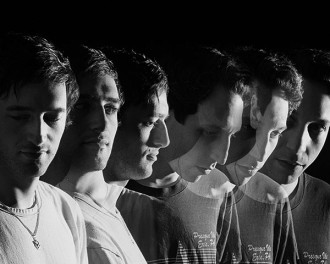 TL:
We try to have a clean healthy dinner at least a few hours before we
play, followed by a few drinks within the hour before we play. Right
before I go on stage I like to do a yawn stretch and tell myself how
great I am ;(

TL:
Here’s my joke answer: Study the moves – we go back to our hotel and
watch a VHS of that night’s performance to see what we need to improve
for the next night.

But for real, usually we drink more and talk to people. Get to know the
locals.

FJM:
Which city do you have the biggest crush on – and are you most
excited to visit?

TL:
ALL OF THEM. We’ve never played the west coast of the US, so looking
forward to that.

FJM:
How do your most obsessed fans describe your sound?

TL:
One thing we see on twitter a lot is some variation on “Listening to
Tanlines and I’m dancing at my desk at work”

FJM:
What’s your favorite food to eat for breakfast while touring?

TL:
We tend to enjoy finding the local favorites on “best of” lists. Also,
yogurt is the go-to.

FJM:
How do you relax and blow off steam with time off?

TL:
It’s a complicated relationship. I never feel like I have time off
because music is always on my mind and music is my life’s work, so
far.

My friends have a private beach in Montauk and I can honestly say that
the most at peace I ever am is sitting there on it. With a beer.

TL:
I think the best collaborations come out of good relationships, so it
would have to be with someone I had a great social rapport with. I’ve
never met most of the people one might dream about working with, so I
guess I would say something realistic like Kickball Katy.

FJM:
What dream did you have last night?

TL:
It was more of a nightmare. Let’s just say it involved aliens and
teenagers.

FJM:
What is your earliest summertime memory?

TL:
My earliest and best summertime memories are visiting my grandfather,
who lived in Erie, PA and had a sailboat. Going up there and and
sailing with him are among my best memories. I gave you the
sentimental answer.

FJM:
Who is your biggest influence no one would expect or you keep
hidden?

TL:
I think Michael Penn is a hugely overlooked and under appreciated
artist. He had a big influence on me.

FJM:
What is the trait the best artists of the 21st century need to
possess?

TL:
I would say it’s a talented man’s game now more than ever. Even Justin
Bieber is really good at what he does. It’s not something just anyone
can do well and with success. In the old days, because of the speed of
transmission and people’s delayed response to brainwashing, it was
easier to manufacture an “artist”. Labels don’t have to bother with
that anymore because they know the real thing is out there. They just
have to hold a contest on TV or search youtube.

But if there was a secret I would tell you. I’m not totally sure that
it’s just about being good as much as it’s about doing the right thing
at the right time. Being in the right place.

So the answer is the same as it’s always been: talent or luck

TL:
Tantalus speaks to my constant dissatisfaction in finding that perfect
cup of coffee.

New Single “Not the Same” out soon on True Panther Sounds.