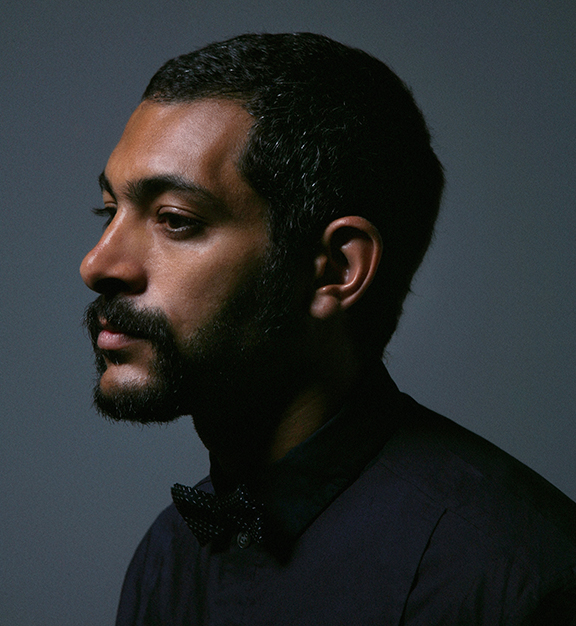 Did you study film?

Actually, I went to Steinhart, so I did media and immigration policy. We did pretty much everything related to media. I was born in Cairo. When I was 21, I came to New York for the summer, but I stayed longer than I should have! I then went back to Egypt to finish law school there, and then as soon as I was done, I came back here again and went back to school. I was finishing school, and I had to make a short film to graduate. We went to the Palm Springs Short Film Festival and then we went to the Dubai Film Festival. We won Best Short and that opened a door for me. I went to lots of festivals and made another short. Then I got a big grant for a feature film.

Did you always know you wanted to do something with film?

I watched tons of Egyptian films when I was a kid. Egypt is pretty much the Hollywood of the Arab world. I got interested in the presentation of immigrants in film. So, I went to London and I went to Paris and New York to examine the Arab ways of immigration throughout the years. I’m one of them, also, so it makes me want to know what to expect in the future. I wanted to paint some other picture of Arabs in the West other than how it is at the moment or how it has been in the past.

What do you think the common representation is?

Here in America the portrayal is generally that immigrants are barbaric and aggressive. After 9/11, they’ve been colored by extreme examples. What I wanted to show is that immigrants have the same hopes and ideas as everybody else and that they’re struggling with the same things.

What do you want people to know about what you’re trying to do?

I am just really interested in breaking ideas of who you should be – ideology in general. I give you at least the space in which you could questions those molds. That’s I really what I’m hoping to do.

What is your daily routine? How do you work?

I usually try to write a couple of hours a day. It’s more like a diary rather than a script. I’m very Egyptian – I’m very relaxed. God willing that I can finish what I’m working on and sometimes God is not willing, so what you going to do? I go for like long walks. I ride my bike a lot. I just try to pay attention. I find a place. I find a person, and then I try to bury them into a specific narrative.

Usually techno-house, techno-ish. I used to always go to Warm Up at MoMA PS1. On a monthly basis or every six weeks, I’ll just go out with a bunch of friends and we dance until we’re tired.

What are some works of art that have inspired you?

Last year I was in Budapest and I watched Gloria by John Cassevetes for the first time. I’m in love with his approach. It’s interesting in terms of cinematography and narrative and this ability to show very mundane dilemmas in a super dramatic way.

– Ahmed joined the assistant directors team on Homeland, Season 6. He’s preparing for his first feature set in Cairo and Brooklyn. Ahmed is also working on a video for Visionaire’s 25th anniversary, set to premiere at the Louvre in 2017.
To explore more on Ahmed, please view his page here
Cynthia Talmadge is an artist living and working in New York.
@cynthia_talmadge