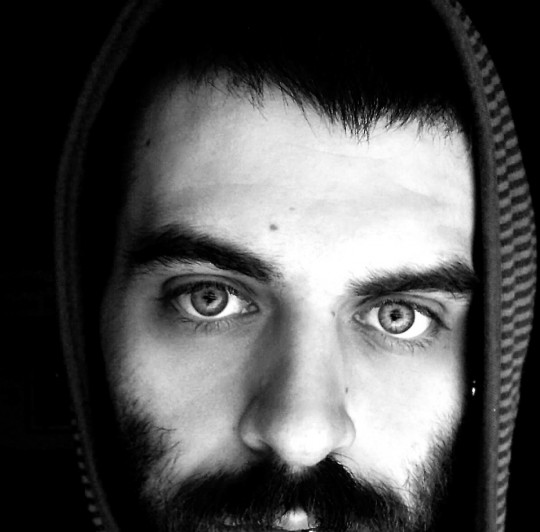 FJM:
Who was your first artist crush?
AP:
Visually, maybe Paul Smith. I saw his and Bowie’s mini in England in
‘99 and fell in love with both of them, but that would be an
incomplete answer and just a fragment. As far back as I can remember,
I’ve always lost myself in making and creating things, using whatever
was there, doing whatever happened, pouring myself into it, growing
plants, working with them, etc. Whatever we did in arts and crafts in
elementary school, I had already done it and helped others. (That can
easily create a weird dynamic.) I never really thought of this process
as art. Of all the art teachers I had later, there was only one who
didn’t expect me to copy something exactly the way they did it before.
(I wouldn’t have lasted long in a Chinese calligraphy school – I did
some calligraphy, on my own.) She excavated a darkroom in our school,
and we formed a small activity group. I got my grandfather’s old
reflex camera, and we did everything ourselves, developing film,
exposure, the whole process. Thinking about it, that’s when my history
of creating things eventually merged in my head with what we call art,
because it was open and there were no guidelines, everything was
legitimate. She left our school. I had dropped my camera into snowmelt
on a trip into the woods in winter, and I wasn’t interested in the
notion of art the other teachers were perpetuating – or that still
life with candle that we spent years staring at. I joined the theater
group instead, after supporting the costume teacher for a year. I
already knew how to sew – and didn’t dare to ask if I could join the
actors. When I did a year later, a whole new world opened up for me,
an additional dimension.

FJM:
What are you most culturally curious about this year?
AP:
I’m curious to see whether it will develop into a new path more will
pursue – forbidding words, believing the signified could be liquidated
by charging the signifier with the illegal, unaccepted. And I’m afraid
it will encourage hate crimes against LGBTI/queer people. What you are
is not allowed, you are not allowed, vogelfrei. Maybe that is the
intention. The absurdity with which some
lobbies currently spend all their energy on fighting love reveals
their own fear – of love, yearning to peek behind the fence woven from
their own rules, but that would betray their foundation, so they have
to find another way (to make it go away). The only thing they’re
trying to protect is the indefeasibility of their own world – when
really there is no competition – which is so obviously threatened by
everything that comes along in a slightly different packaging, not
fulfilling the function they tell themselves love had, and daring to
radiate a roundness that goes against their books that the content is
long forgotten. It’s the fixedness of this separation. I’m concerned
about the coincidence of some countries (slowly) loosening their
marriage restrictions and/or raising their LGBTI/queer awareness and
some countries resorting to puzzling new old measures, stubbornly
negating human rights altogether. It feels like a quickly rising
tension between two opposing developments. My living right now may
just make it appear that way, but it’s nonetheless unacceptable.

FJM:
Affectation or plumage?
AP:
If you’re colorblind, as an extreme example, the most iridescent
plumage will – for you, if you’re aware of your colorblindness –
always bear a certain aspect of the modified, untrue even, not seen as
seen by others, but it is true for you. It works the other way, too.
This complex tool that is us, our perception, and our individual
processing of the perceived make every separation of real and unreal
temporary and dependent on an agreement defining what we choose to
regard as real, no matter if a community or the individual or both.
What was feigned can be felt, what was a joke can hurt someone
severely, what was axiomatic can relinquish its plausibility at any
time. After all, with people, I’d say I prefer an oil-stained, proudly
exposed plumage over an immaculate feather on a silver platter.