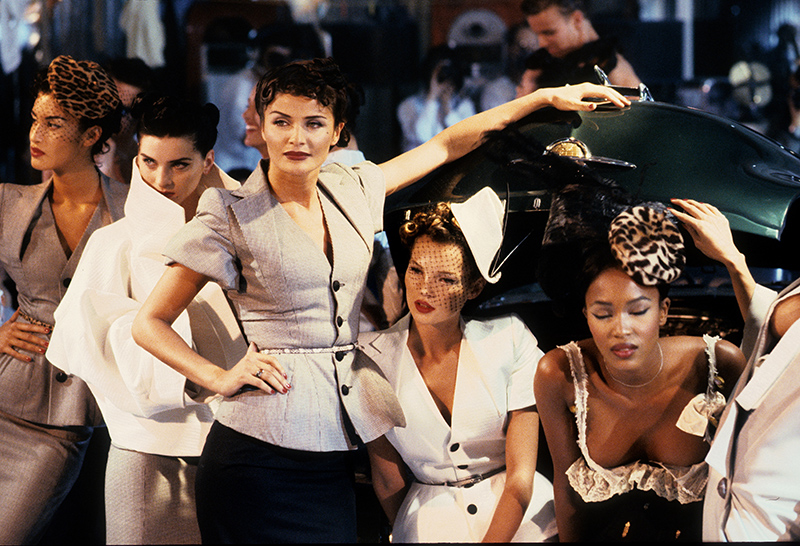 In the introduction to her effervescent, yet thoughtful, new book, Runway: The Spectacle of Fashion (Rizzoli), Alix Browne takes us back to a time when, as a young fashion writer, she pieced together the specifics of each season’s shows from reports in the few media outlets that covered them in detail: Women’s Wear Daily, The New York Times, and the International Herald Tribune.

Today, we can hardly imagine such a treasure hunt in a world where fashion shows (and everything else) around the globe are live streamed, Instagram-ed, and posted mere seconds after they happen.

Browne goes on to describe the incomparable thrill – once her career had taken off – of finally experiencing in the flesh the presentations on which she’d reported. In particular, she describes Alexander McQueen’s stunning Fall 1995 Highland Rape show (in which “models staggered straight for us, the bodices of their tartan and lace dresses ravaged, their eyes wild”) as an experience from which she never “fully recovered.”

It follows that the book pays homage not only to the 100 fashion presentations documented in its pages, but also  to the indescribable, and perhaps irretrievable, feelings that human performances create at their most brilliant heights. Indeed, there is no one better to take us on this journey.  As a veteran of Harper’s Bazaar, V, and T: The New York Times Style Magazine, Browne has not only been present at the most iconic shows of the past two decades, but has also witnessed the transformation of the media and fashion industries as they have become increasingly fast, prolific, demanding, and digital. (Today, Browne is Features Director at W magazine and an adjunct professor at the School of Visual Arts in New York in the Fashion Photography Program.)

The big pink tome (wrapped in three different special jackets) is arranged simply: juicy, full-bleed plates follow the introduction and precede a section of explanatory notes contextualizing and giving further details about each show. Described factually, lovingly, or analytically, Browne places some gem of information into nearly all of these concise passages.

The range demonstrated in Browne’s selection of presentations forces the reader to consider the fashion show as a medium in itself (though one doesn’t get the feeling this was necessarily her primary goal). Runway invites a consideration of the fashion show as fertile ground in which to consider the intersection of theater, dance, performance art, commerce, and publicity.

Take, for example, the indulgent opulence of Dior and Chanel shows where, over the years, hoards of models have walked through real icebergs, romantically crumbling gardens, and mountains of flowers.

Then look at the stripped-down, politicized spareness of shows like Rick Owens’s Spring 2014 show that gave visibility to the beautiful, aggressive strength of step teams whose non-sample-sized members the designer clothed in custom-made garments. Consider also Imitation of Christ’s Spring 2013 presentation in which a cast of women, diverse in age, shape, and size, and dressed in flesh-toned leotards, obsessed over their reflections while trying on outfit after outfit.

At one point, Browne quotes American menswear designer John Bartlett: “I wanted something that transcended fashion and moved the audience in a way that mere clothing could not.” A fashion designer using the expression “mere clothing” is alarming, but it is also an essential sentiment in this book. One realizes that Browne describes the clothing at these shows briefly, and only when truly necessary. Her focus is truly the gestalt of spectacle as related to clothing.

At its core, Runway is about the times in recent fashion when “you had to be there.” As paper-and-ink, it leaves us wishing we could have been. It is a lucid presentation of contemporary history that arouses wistfulness and invites us to dream.

“I’ve become much more relaxed with regard to my own shows. The things that go wrong can also be beautiful.” Raf Simons 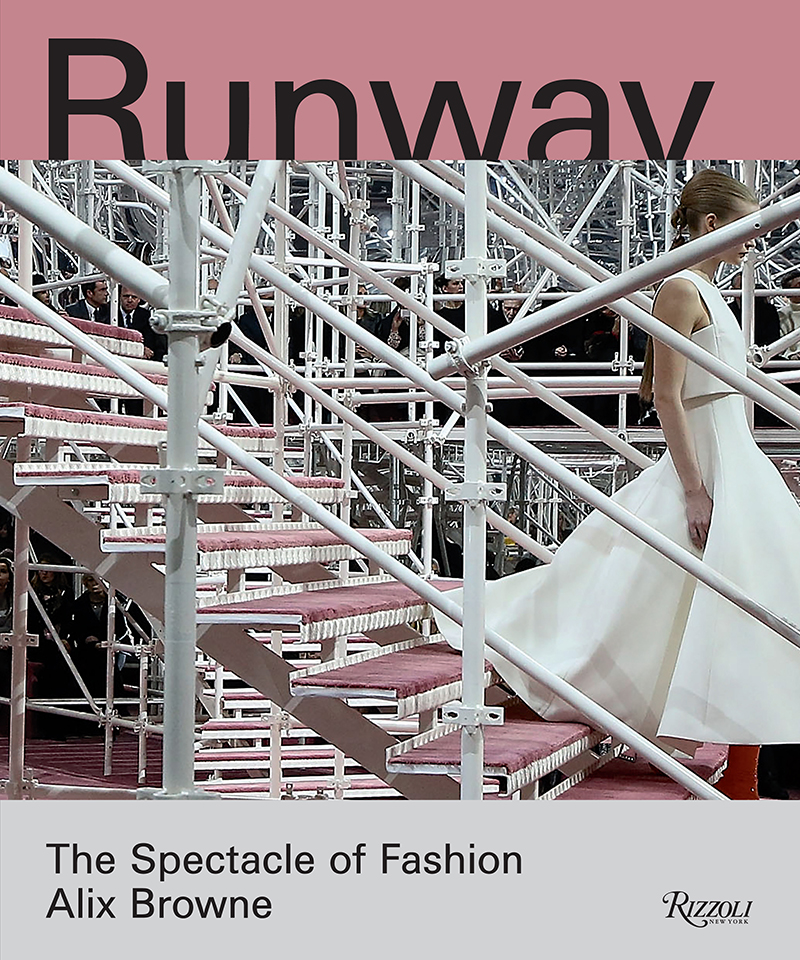 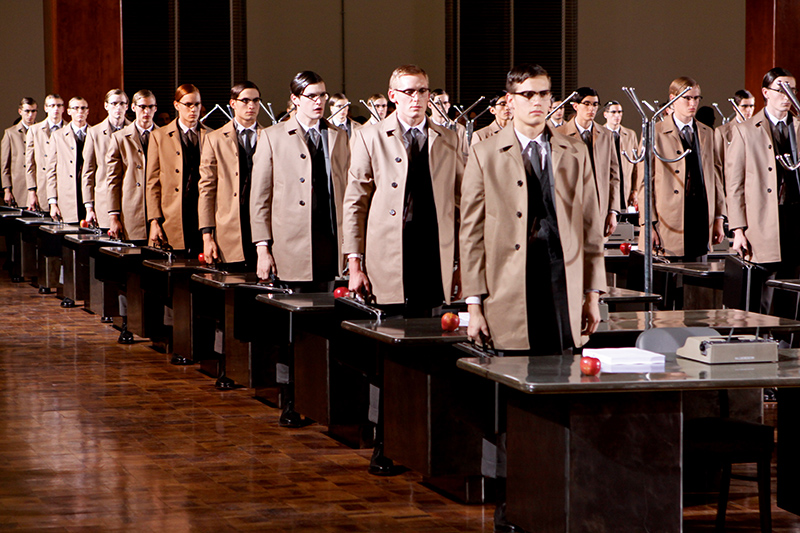 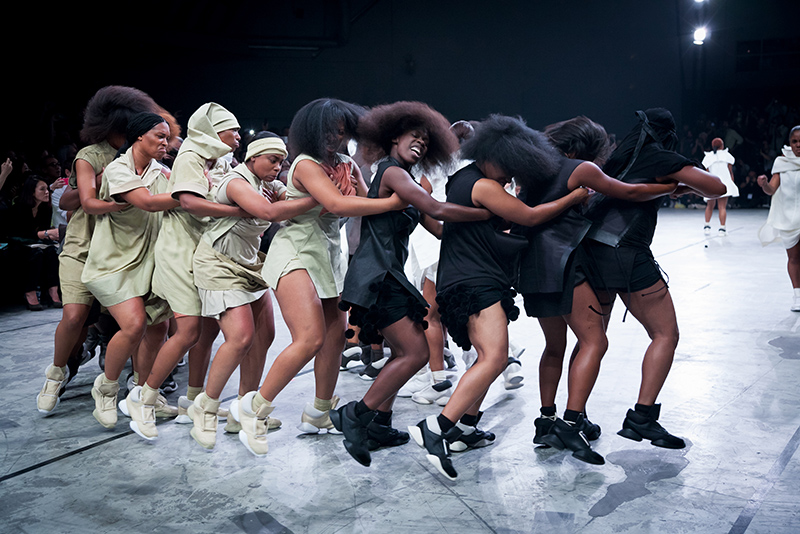 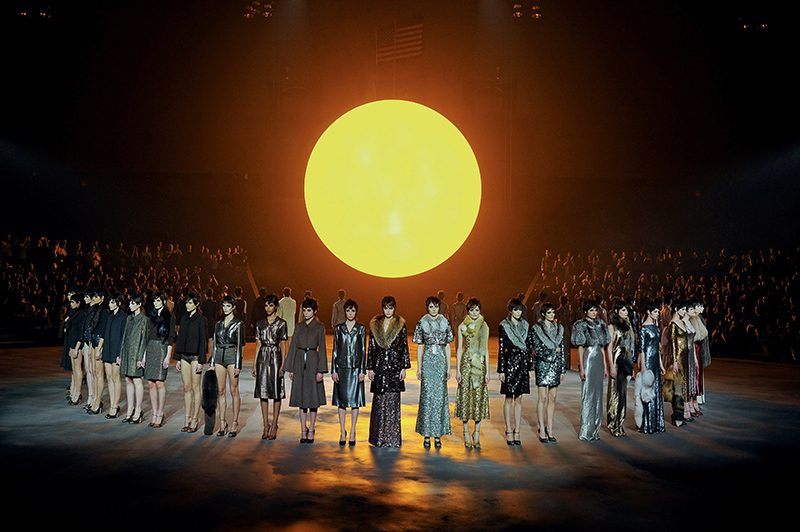 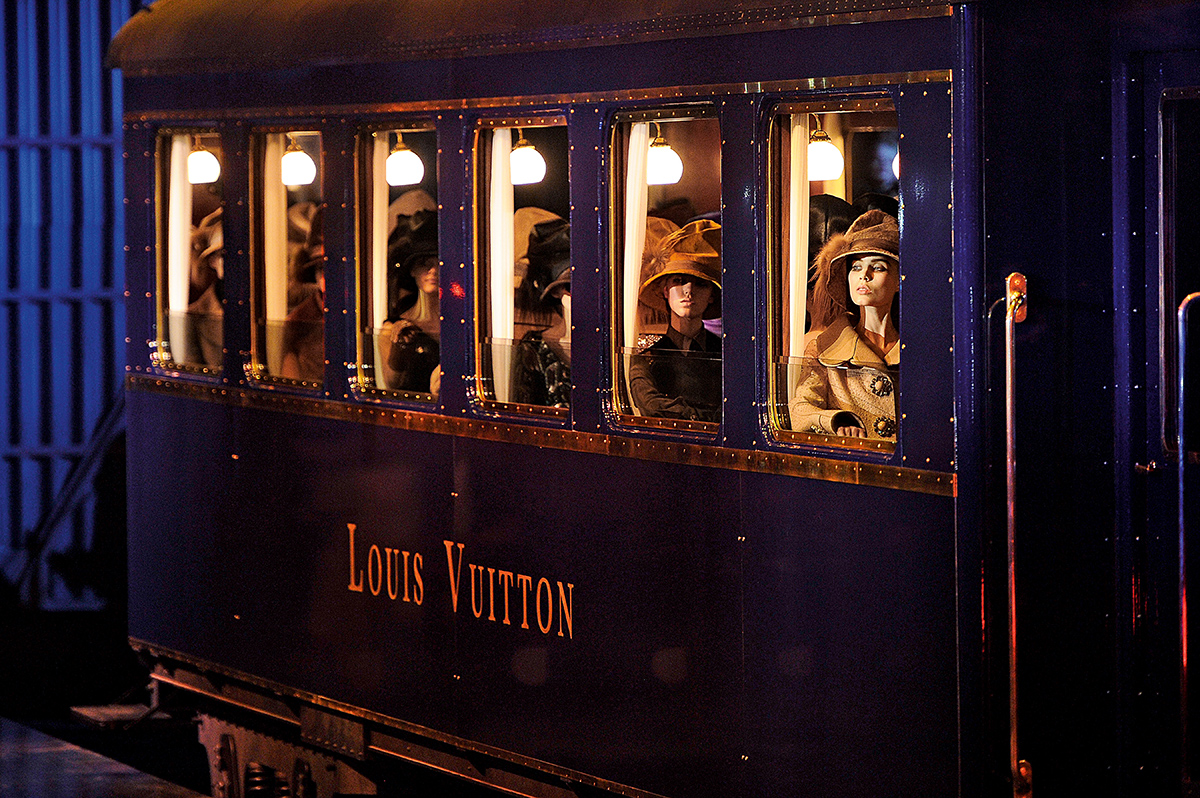 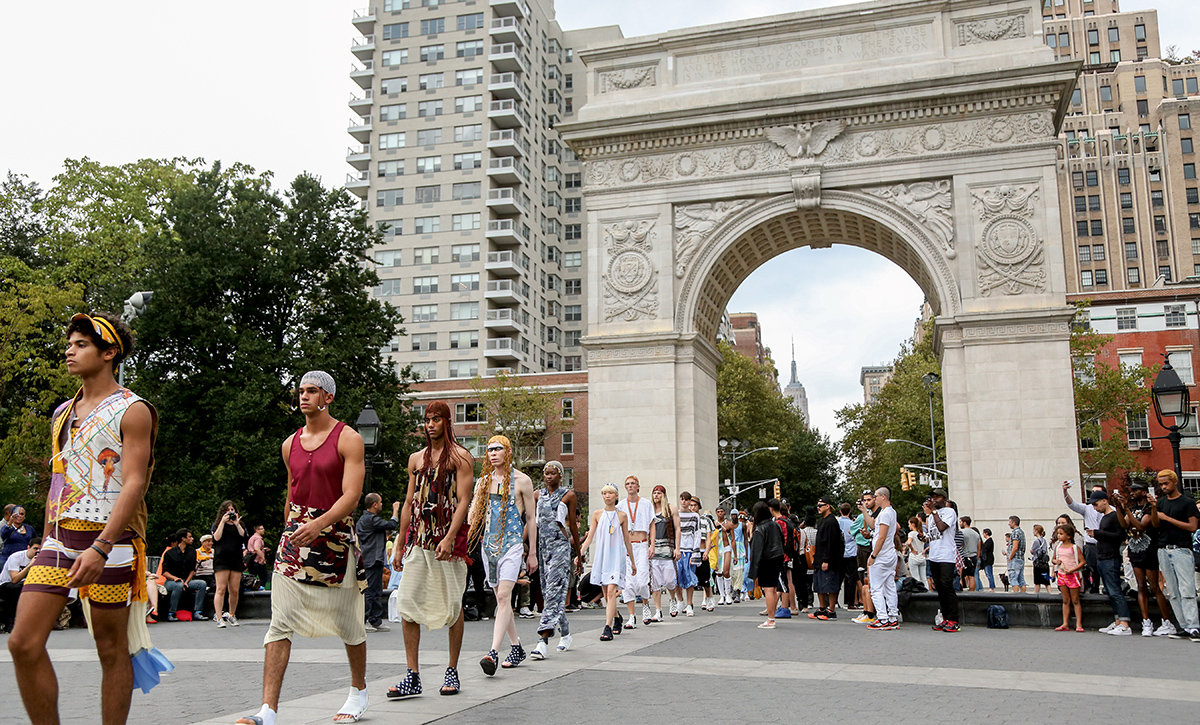