“It’s not all soft, pink, sexual or for the reception of others.” 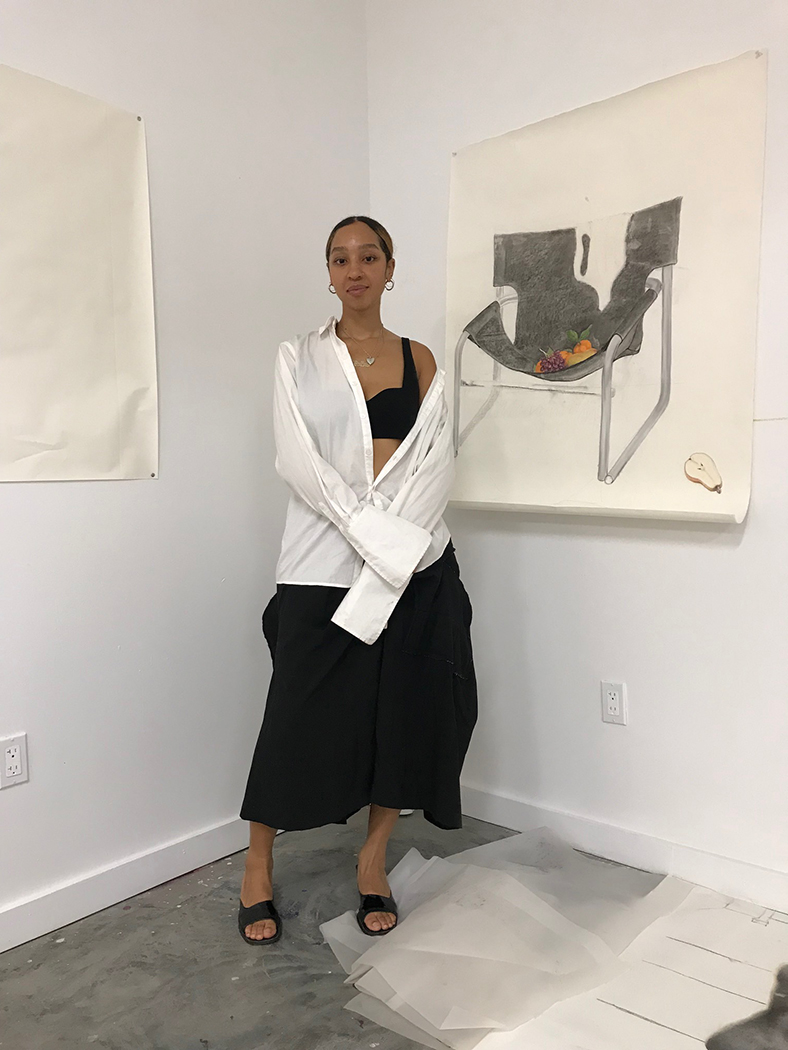 all images are courtesy of Kates-Ferri Projects and Bre Andy

How would you describe your work?

I think previously it’s just been an exploration and perception of my own life experience as a woman through portraiture and still life. The figures are straightforward depictions of how I’ve been inspired to outwardly express myself although they are not drawings of me. The still life are symbols of feelings I’ve felt before. Moving forward I’m creating a larger focus on others around me instead of just myself.

Can you tell us a bit about your creative process and how you gather inspiration?

I come across inspiration sporadically, whether online or if I see a person or scene in real life that sparks an idea. I’ll take a picture/screenshot. Other times I have to sit myself in front of a piece of paper and write out questions to myself. “What is important to me right now?” “What do I want to represent?” It’s not always this meaningful. I create a moodboard if it’s a piece I really want to invest time into. That includes colors, environment, faces, etc that relate to what i’m trying to portray. I start with a warm up sketch and then I do a few drafts to look back on. It builds into a larger piece from there. Sometimes it stays just a sketch or words on the paper.

How do you define femininity as it pertains to your art?

The expressions of femininity I think I’ve tried to capture so far are based on an individual’s confidence, allure, and acceptance over their presence to the viewer. In the past it’s looked gentle and inviting but there’s also a level of power and firmness that I want to convey going forward. In my eyes femininity isn’t singular and I really hope to cover the different expressions of it as I continue to make work. It’s not all soft, pink, sexual or for the reception of others.

How does photography play a role in the work?

I’ve always said that visually I want my drawings or paintings to grab people the way a photo does. Not even pertaining to realism, but in the way that some photos can be very matter-of-fact in context but when taken with the right light or film or more importantly, intent, people take it for what it is without needing any meaning. It’s a pretty picture from a moment in time. The elements just work. In a more literal sense, I’m progressing into using direct photo references for my work in which I can create the composition in real life. I have no idea why I wasn’t doing this before, lol.

I noticed several handwritten notes surrounding your sketches. Can you discuss how this plays a role in the finished pieces?

To follow up my last mention of not always having a complete photo reference of what I was drawing, I started most of my pieces with a sketch made up of multiple collaged elements and references instead. None of my subjects were real people. I jot everything down to give myself a better understanding of what works and what doesn’t before I move to drawing in full scale. “Move the eye to the left,” “make this blue,” “abundance, indulgence,” I’m just bringing the ideas together in my head.

When do you know when a piece is finished?

Is it ever really finished? lol I can’t say I know the answer to this yet because I’ve left a lot of pieces in the middle stages. For some I do like how they look in those stages. For those that I have finished, I would say when it visually looks like I’ve captured whatever idea I was going for; a certain level of realism or a mood. Everything feels cohesive. I’ve gone back and made improvements plenty of times though.

If your work had an accompanying soundtrack, what 3 songs must be on it?

There is a wide range, but a top of mind quick three:

keiyaA – Every Nigga Is a Star

Solange – We Deal With the Freak’n (intermission)

There is also an infusion of fashion in the pieces. Can you tell us a bit more about that?

I used to draw nude a lot, then I realized that I was missing an opportunity to highlight people’s individuality by removing such a specific expression of personality. Style is conveyed regardless of financial means or material and I believe black people have always influenced style in society without even trying. It also allows me to have more fun with my portraits. The way that Barkley Hendricks was able to capture his subjects through the 60’s & 70’s is a piece of how I want to portray my subjects in current times. I don’t mind my work showing a timestamp through fashion.

There is a large piece that is the only one without a human form. How does the body still play a role?

I love the human form but I love still life equally. One piece I have is just an armchair with fruit and a hanging white tank on it. I looked into classic still life paintings and how they were able to communicate meaning through symbolism as a challenge to myself. “What can an orange mean in certain religious contexts vs a grape?” The absence of any human form was intentional because I was symbolizing loss. The person still exists, they just aren’t present. The seat isn’t occupied but the things that were left behind are still in use. Everything that is there creates a representation of the form that is missing.

I love the wall sockets and phone charging details. How do you see that being perceived in the future?

I imagine my pieces being perceived and lasting through a continued, more inclusive history of art. I like the idea of including these objects of the present day because it can be identified and taken back to a specific moment on a timeline. Keeping things like iphone chargers and other technology carries the same intent as including style choices. It’s a timestamp and it will show where and how much we’ve been involved.

What music do you listen to while working?

Generic answer but I genuinely listen to so much of everything on a day to day basis. I would first go to a genre mix of jazz, rap, indie, psychedelia if I need to gain focus. I also love singing out loud while drawing because there’s an emotional release and I think I can sing a decent amount, lol. So soul or r&b from the 70’s-now. I will just as easily put on heavy club and dance music because it keeps me active and entertained. It depends on my mood.

I feel like I’m still defining my style with charcoal and pastels, but oil paint is next. I’ve done a few studies recently and I feel so drawn to take it on even more because I have a vision of creating huge works on canvas that have the colors and depth that I can’t always achieve with dry mediums. I want to try everything though. In the future I’d love to have more tactile and interactive works like sculptures or installations.

As your month residency comes to an end at Kates-Ferri Projects Artist Residency, what do you want to take from it?

Time! Time has been so important to me throughout my residency. It got me back to a place of blocking out hours dedicated to my practice regardless of the end result. So now that it’s come to an end, I want to continue taking that intentional, dedicated time to creating and immersing myself in my ideas.

My plan is to continue taking on residencies as much as I can and building my portfolio of works. I’ll keep working on a current series of drawings and paintings that will hopefully evolve into a solo show. 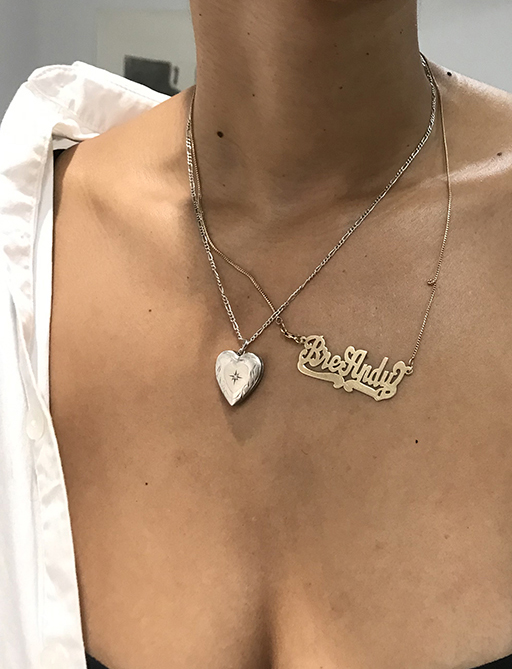 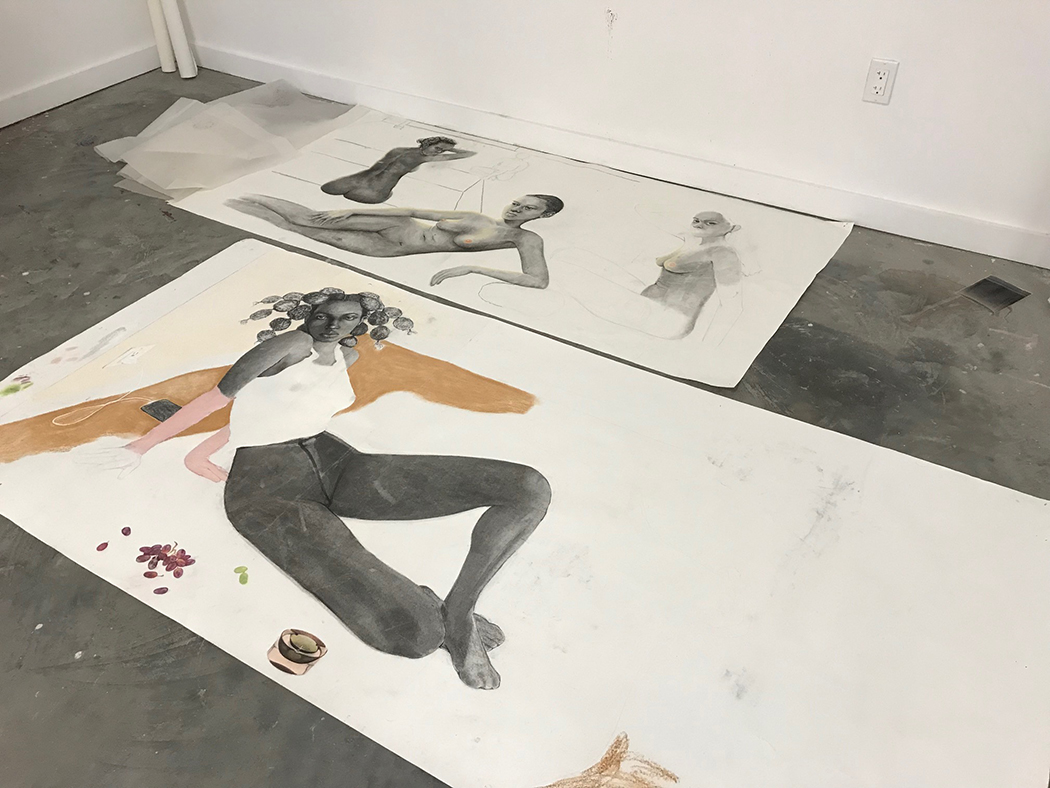 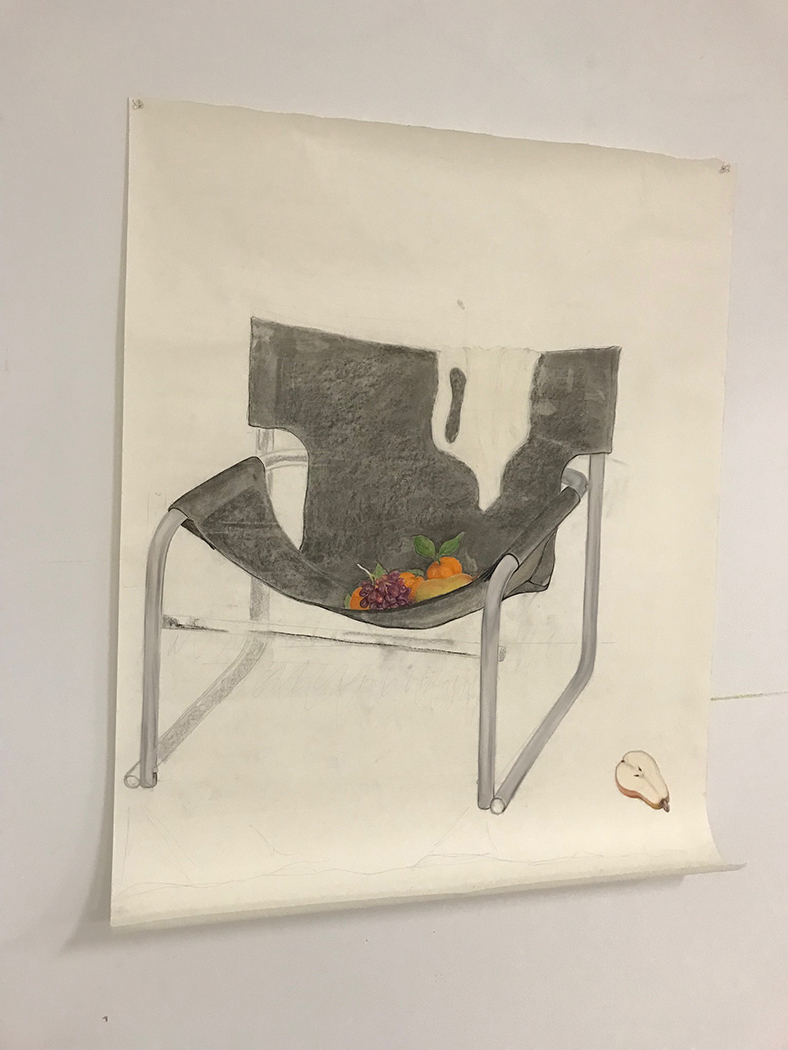 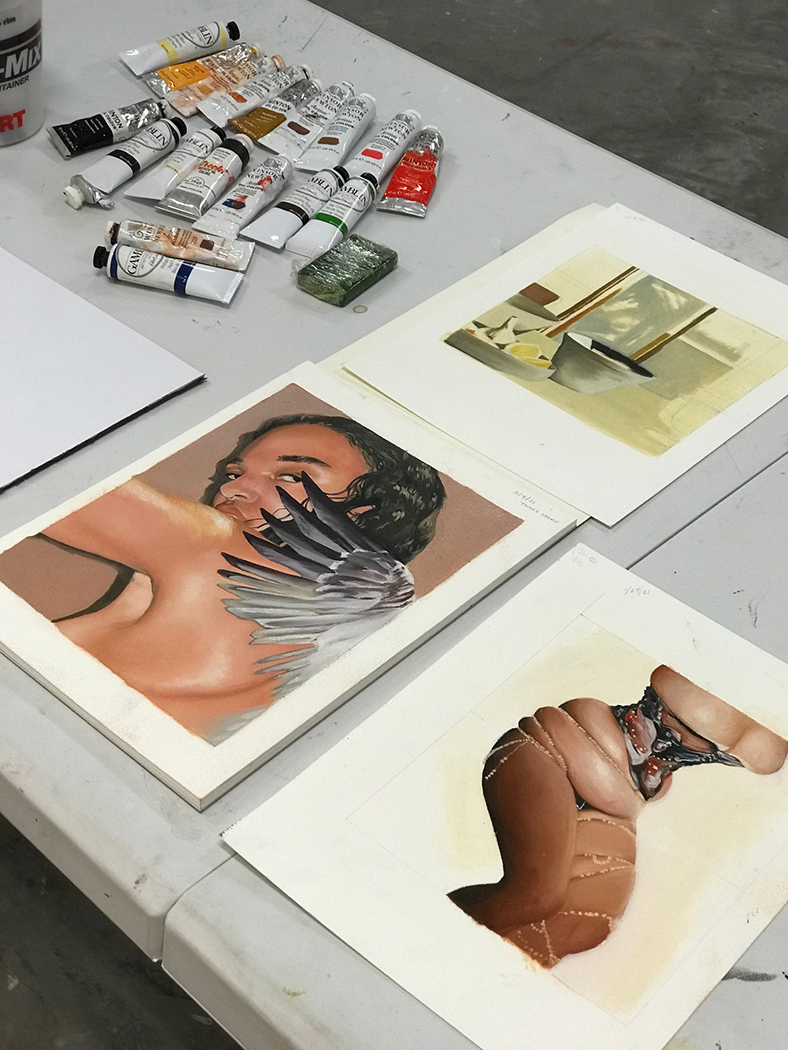 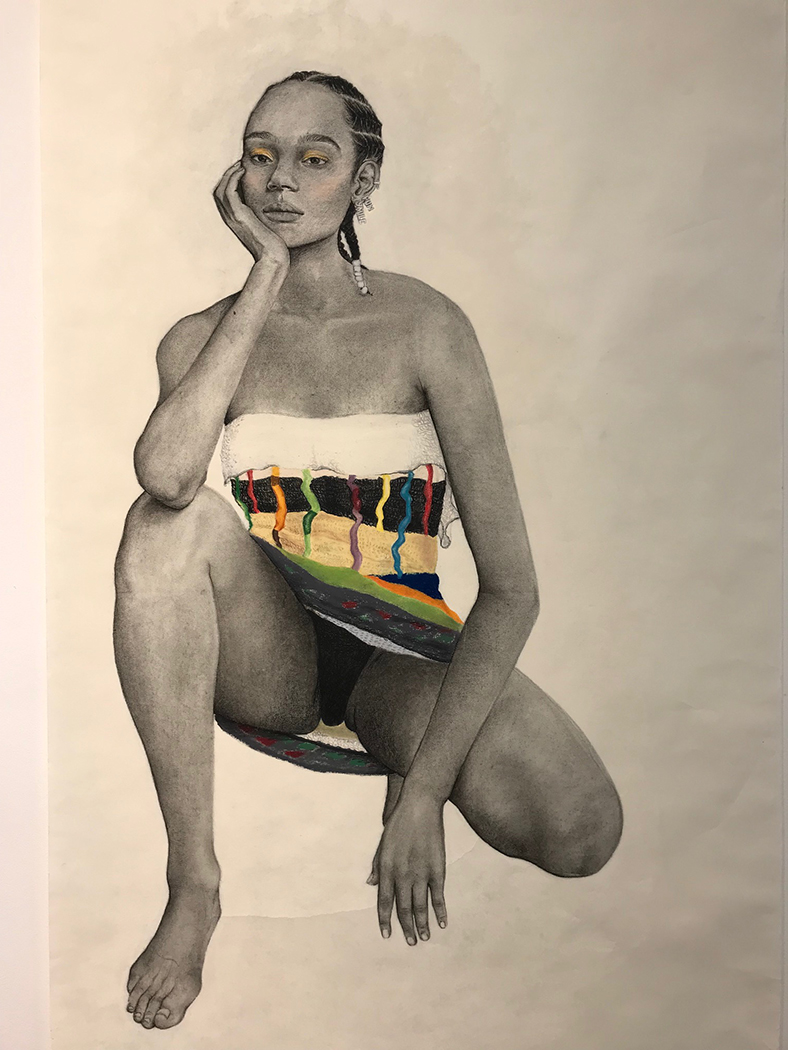 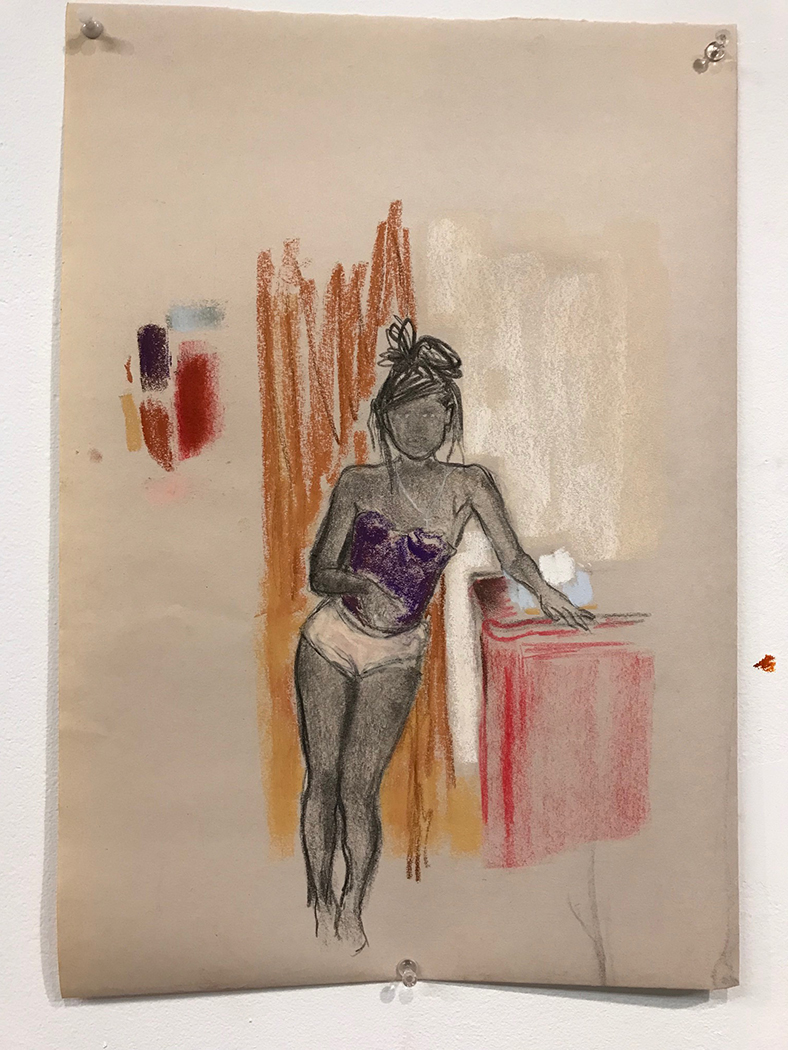 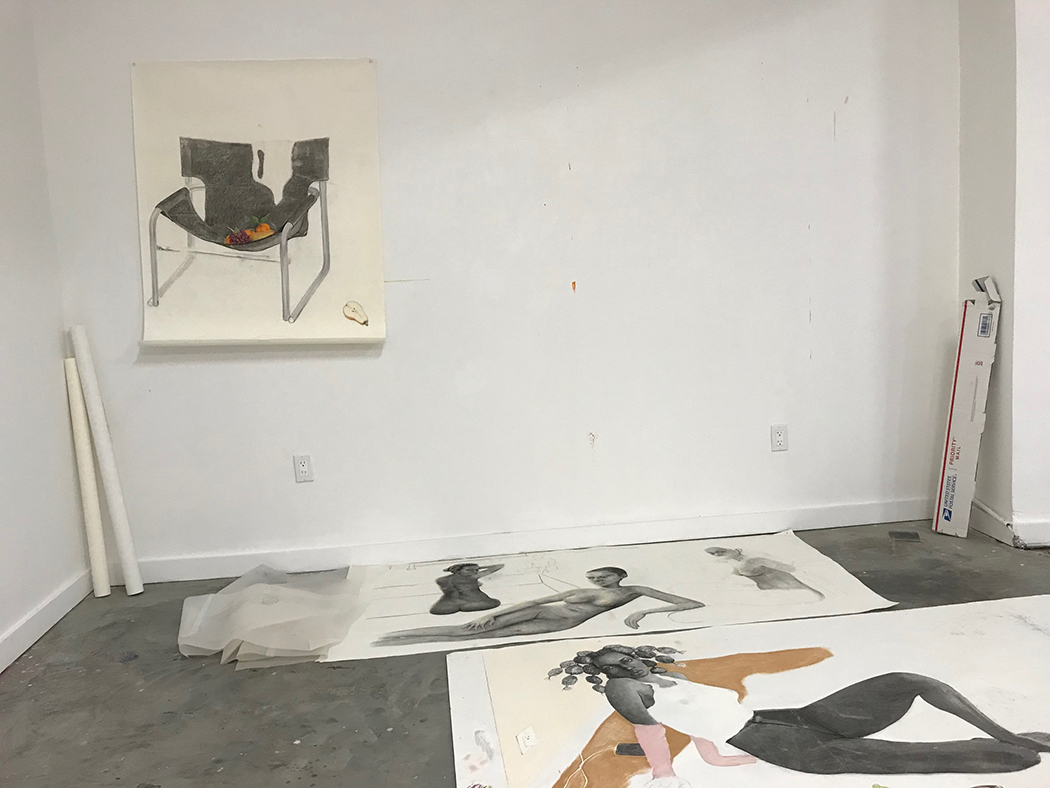 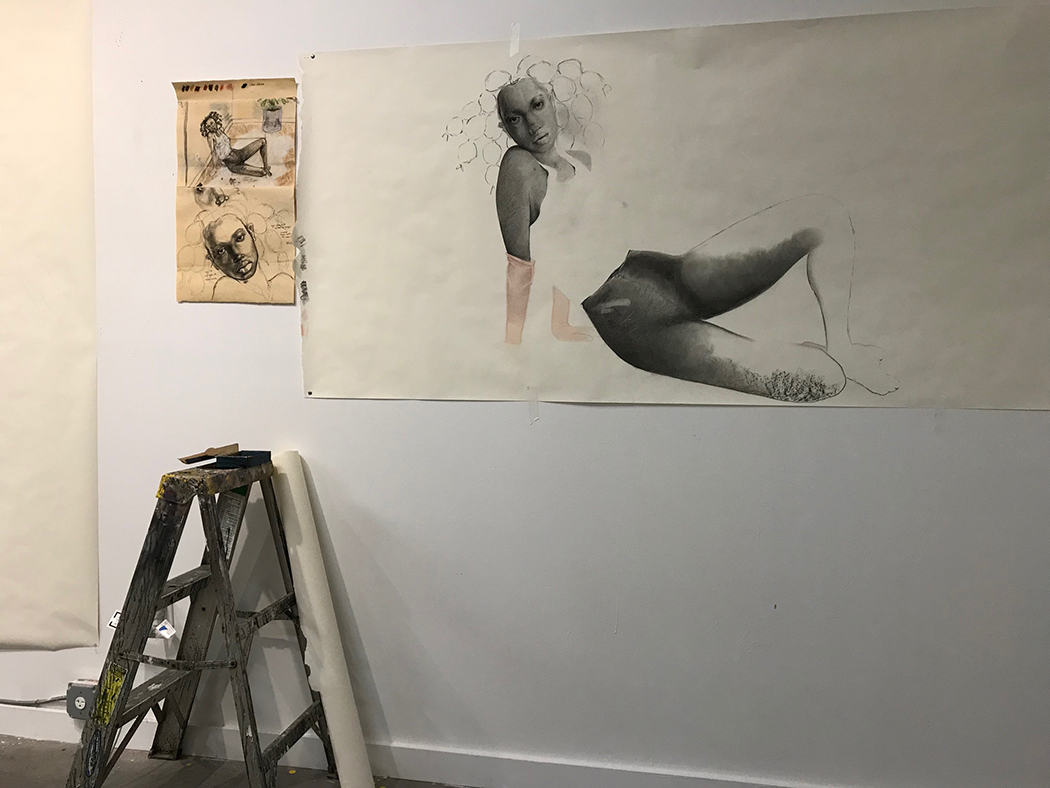 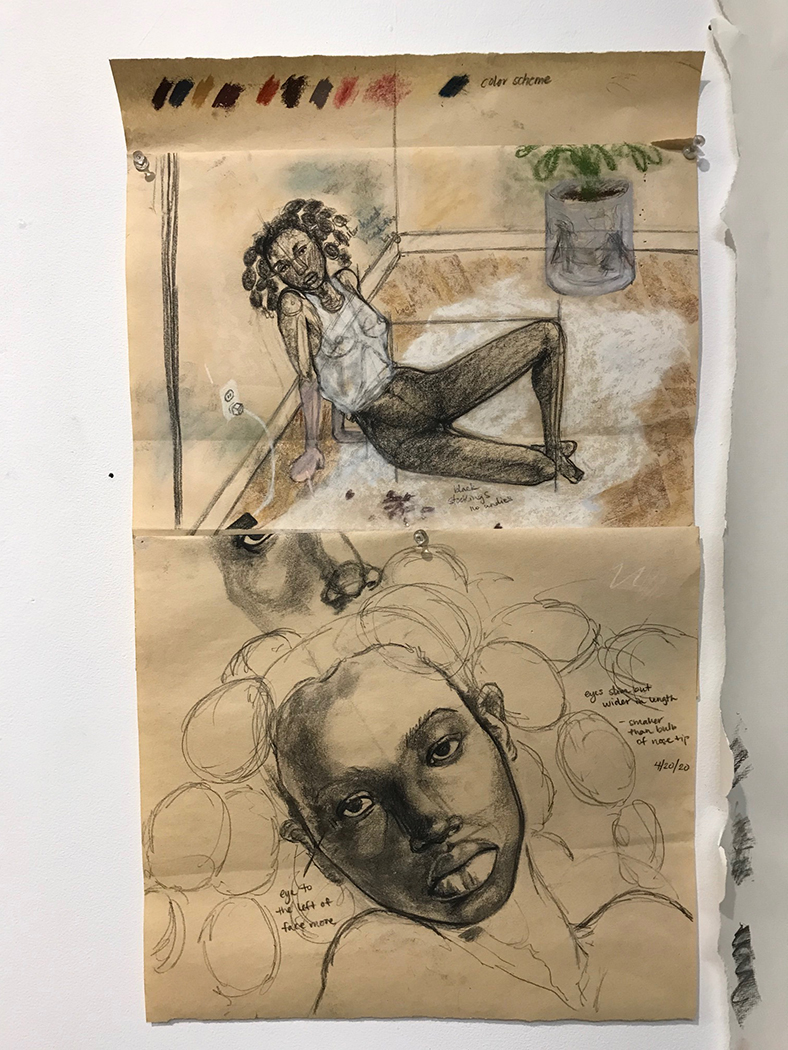 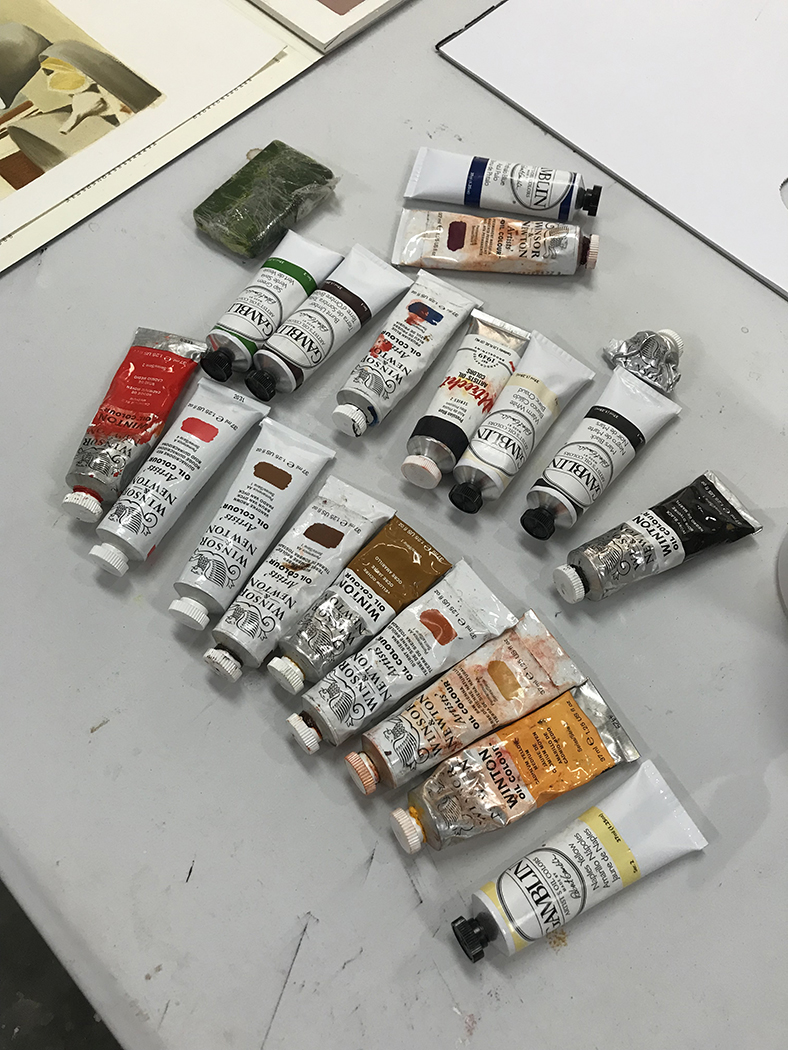 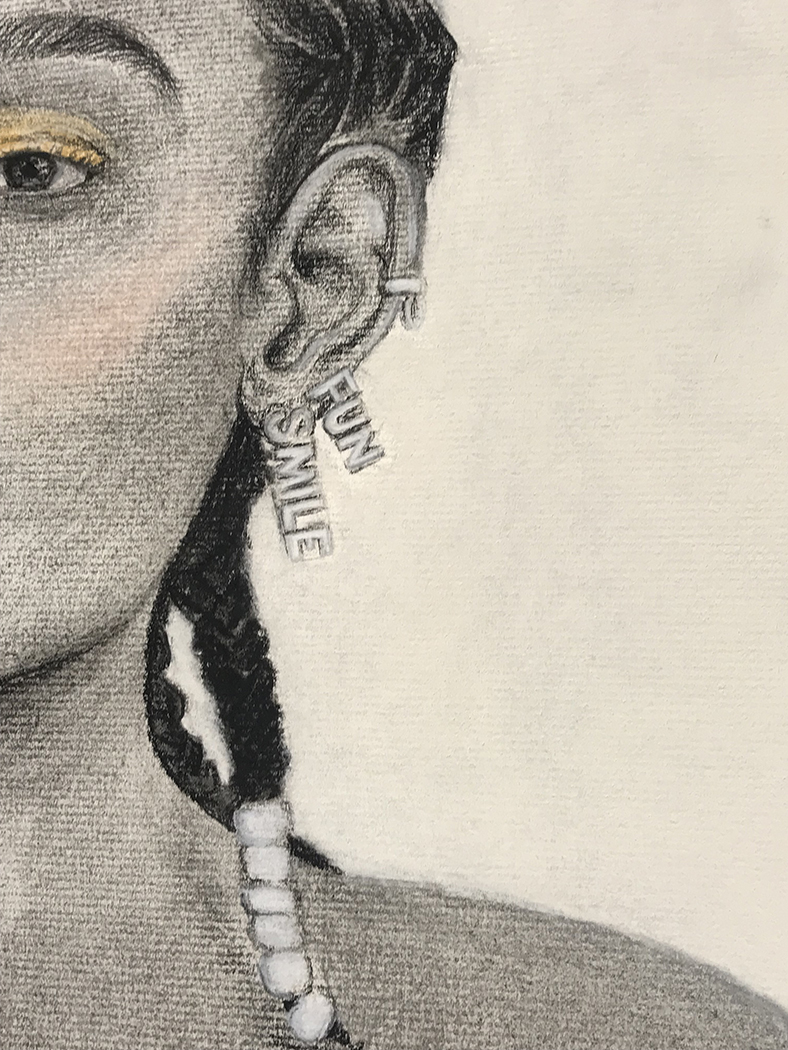 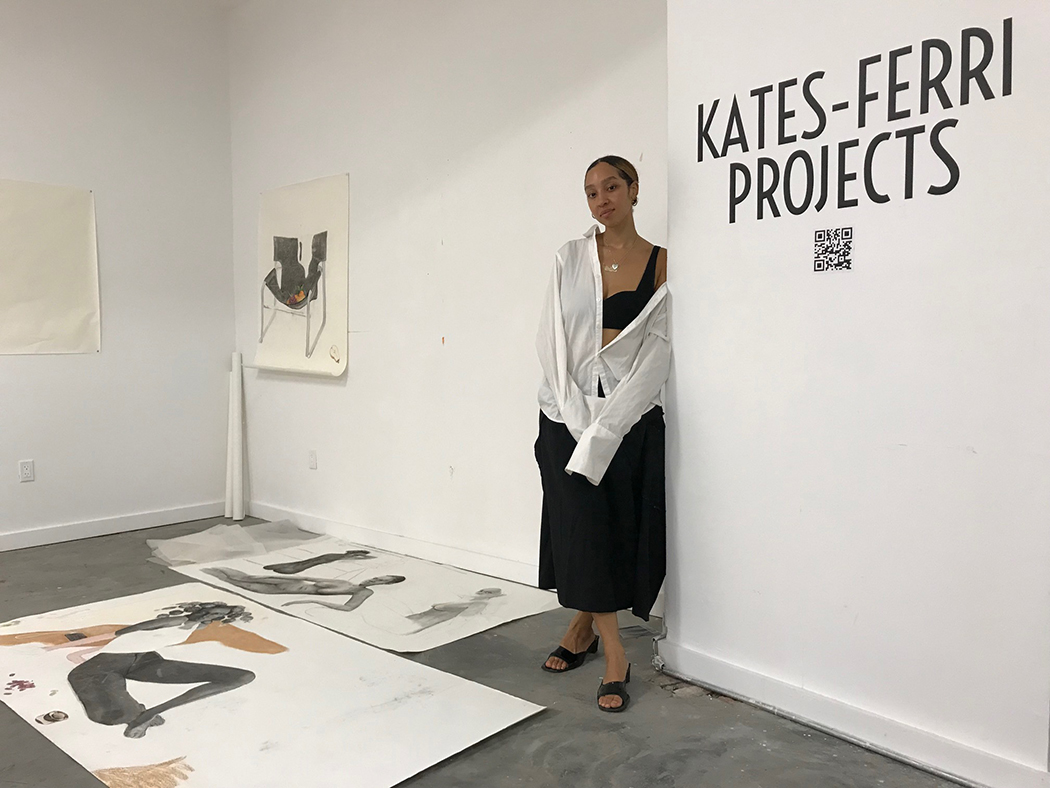