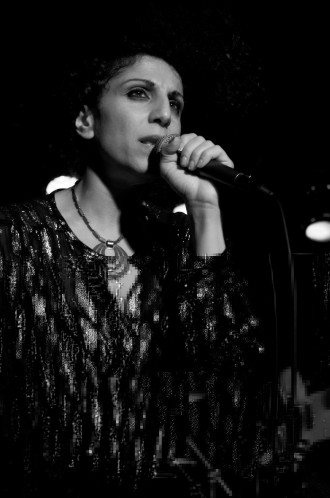 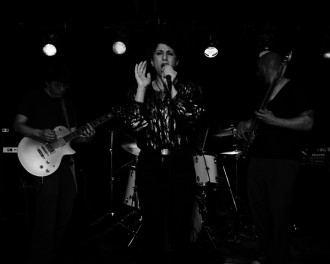 FJM:
What are you obsessed with you haven’t done or tried yet?
ANM:
[Brian] Making money. [Randa] Performing in the homeland or the
pyramids in Egypt.

FJM:
Who was your first artist crush?
ANM:
[Brian] Geez, I don’t know. Maybe one of the chicks on “Zoobilee Zoo.”
Probably the kangaroo. [Randa] Joey from NKOTB.

FJM:
What’s the best pick-up line you heard on the L train? And did it work?
ANM:
[Randa] Will you be my Valentine? And, of course!

FJM:
What do you tell fans who want you bad? How do you let them down?
ANM:
[Brian] I just tell them I’m gay, and if it’s a guy, I say I’m
straight. But why are you assuming I don’t want to sleep with these
people? [Randa] Do you know the recipe to Nasty Cake? If so – let’s
bake.

FJM:
What do you see in the image above?
ANM:
[Brian Abbott, lead guitarist/bass/composer] A uterus with racecar
wheels and a spoiler. [Randa Eid, singer/composer] Bare-chested female
hitting a high A in head voice. Just beautiful. 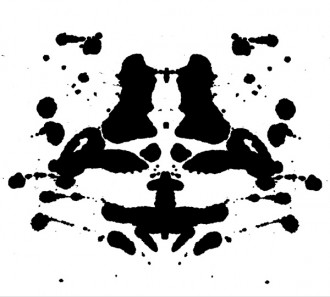 FJM:
What do you see in the second image?
ANM:
[Brian] The depths of hell. [Randa] A very small mustache looking at
its reflection.

FJM:
You have a song called “Hipster Dick.” What is a hipster dick?
ANM:
Definition: A hipster dick is a male whose sexual performance women
find unsatisfactory. In addition to the creature’s inadequacies, he
often boasts quite the contrary.

FJM:
You have a song called “Nasty Cake.” What is a nasty cake?
ANM:
[Brian] I’m not sure, but I think I want a slice. [Randa] Everyone
should be lucky enough to try a piece at least once in their life. And
once that first taste hits their lips – they’re going to want the
recipe. 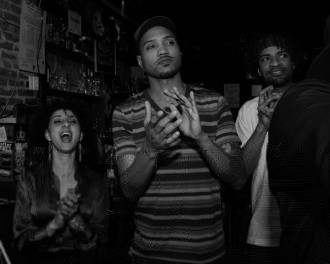