A discussion on Safe As Houses 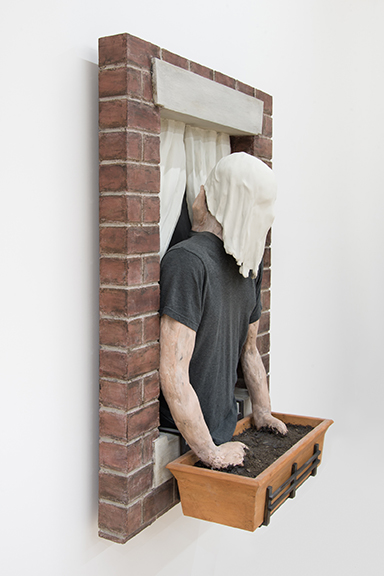 DAN HERSCHLEIN AND HIS LIVING SCULPTURES

“Haunted” aptly defines the body of work Dan Herschlein introduces in Safe As Houses, his second exhibition at JTT, where tokens of domesticity—a sofa, a sink, a table, and belts—are imbued with avatars of their own agency. The Tenant, for example, mimics a single sofa whose mutation into an animate being has taken off, quietly morphing into another version of its bygone occupant through its back that resembles a male torso.

The bold, painterly gestures challenge the objects’ three dimensional norms and coat them with obsolete charm; however, their human-like features seem to crave those tempestuous brushstrokes to consummate their transition toward existence. Be prepared to encounter a wide-open mouth/hole standing in for a sink or a fully reclining invisible body on a table shrouded by a white cloth that eerily clutches a water glass piercing the fabric. There are guests who show up uninvited in this house, yet none is discernible.

“My main influences are drawn from novels and movies, so I think there is a general narrative structure built into everything that I make. While I’m actually constructing each piece, it definitely does star in its own little imagined drama,” explains Herschlein. The best proof of his anecdote is Now I’m Someone You Can See Through, a low-relief wall sculpture of a man whose head is tightly covered with white cloth. He protrudes from his window while holding onto the soil inside a window box to resist being pushed further out by the sinister hand behind his neck. The tension of the duello between two anonymous figures leaves the viewer baffled; the ambiguity of their motivations necessitates an explanation. In his stories, however, Herschlein leaves the ends open; yet he does not fail to offer their arresting visual components for his audience to ponder. 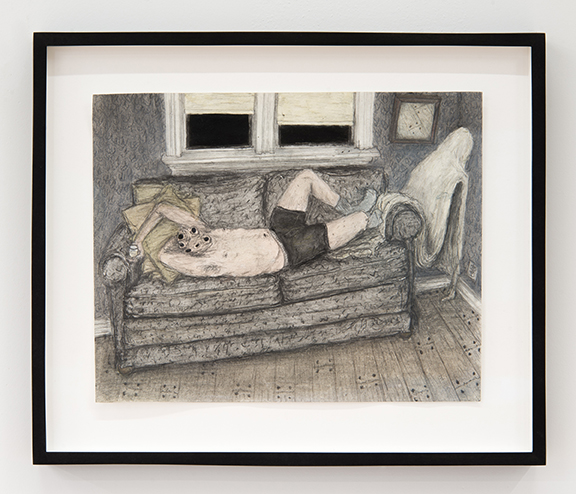 courtesy of the Artist and JTT, New York, Dan Herschlein I Was What You Are, 2017 wood, plaster, pigmented joint compound, milk paint, wax 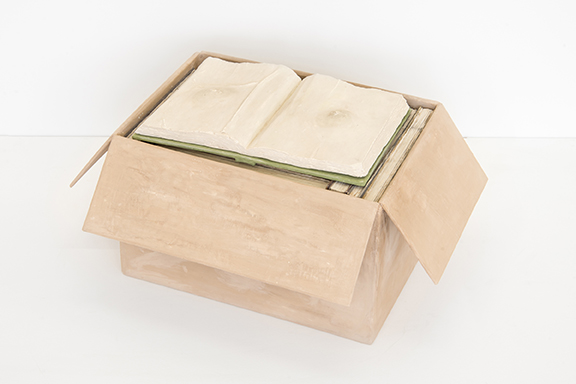 Installation view, courtesy of the Artist and JTT, New York 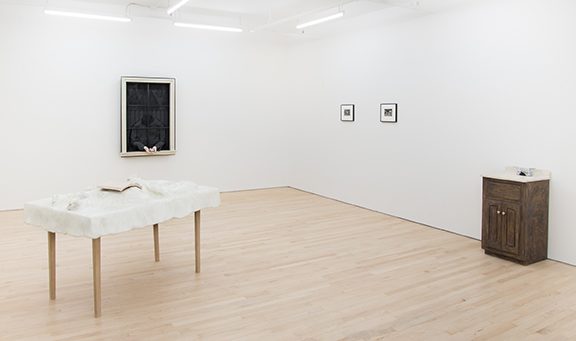