“I’m pretty confident, but at the same time, I have a lot of self-doubt.”
as seen in the issue, “PICTURES OF YOU” 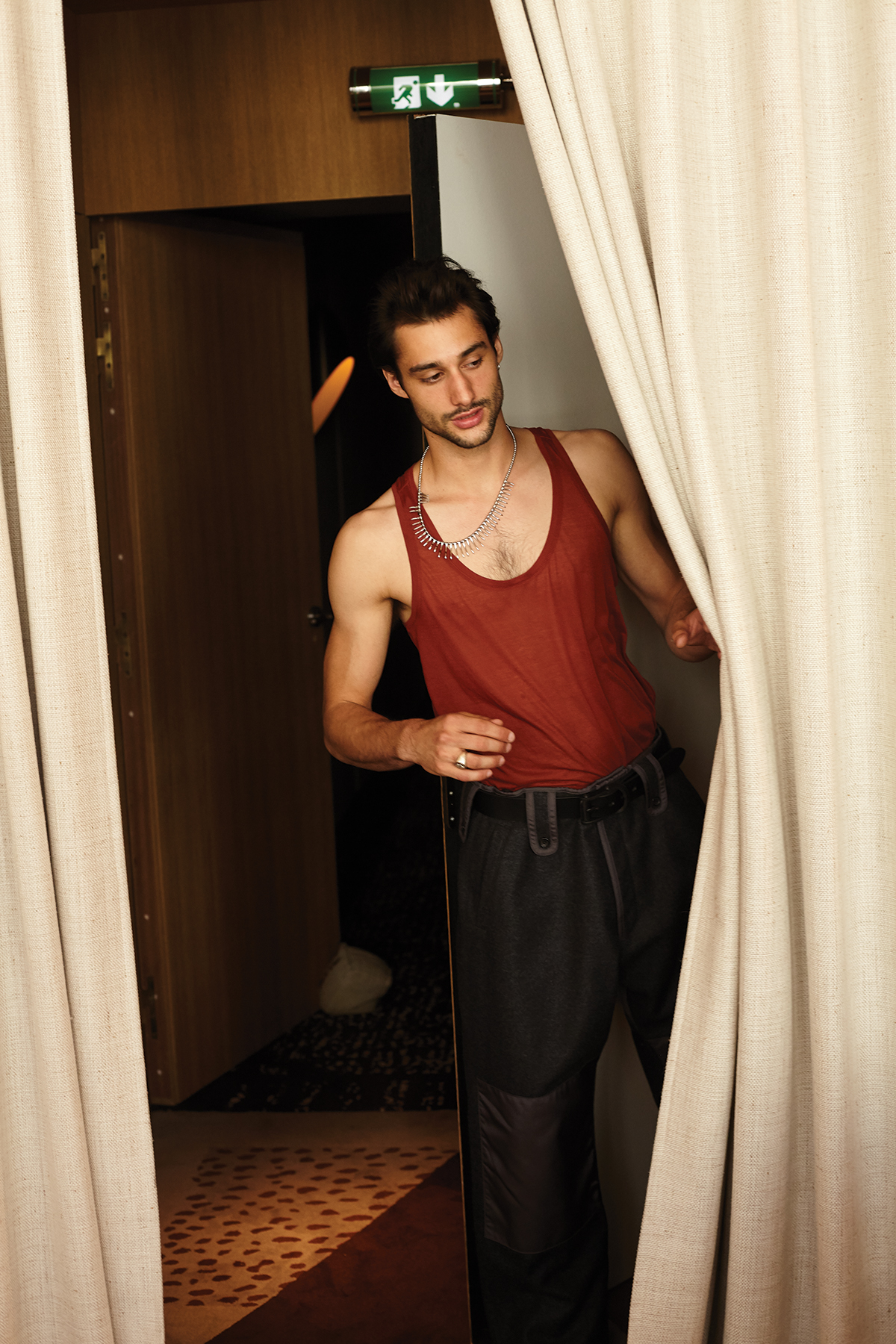 How does it feel to see pictures of yourself?

It’s undeniably quite an interesting feeling. But I still feel like the person in the picture isn’t me – at least not totally me. It always prompts a feeling of surprise, and also a fair bit of questioning. There’s always a distance between me and the representation.

If it’s a somewhat artistic photo, I will first look at its general aspect. I respond to the artistic result, not the fact of seeing myself. On the other hand, I can’t stand seeing myself on video! That contrast in the rapport we have to different media is surprising. Stills are much more distant – they make me see myself as I would see a stranger; in motion, all I see are my flaws, which probably come from the high expectations I have of myself. I only see myself through my relationship to acting.

But do you find yourself handsome?

I think I’m in a fairly healthy relationship with myself. I’m pretty confident, but at the same time, I have a lot of self-doubt. It’s a bit paradoxical, but I think one needs to acknowledge one’s own beauty and one’s own positive qualities, even if it’s just a little bit. It makes life easier.

Is the point of a picture to look good for the world to see?

The point is not to just look good, but also to tell a story. A photograph is an encounter between a photographer’s gaze and his model. One can speak of beauty in the universal sense of the term, like when we say that nature is beautiful. But subjective beauty is too vast a topic to tackle. The ultimate goal is to create an emotion. For example, I’m fascinated with pictures of ravaged faces from the first World War. The guys are disfigured, and yet I find it beautiful.

In the modeling world – where you got your start – you’re often reduced to your likeness. How do you get past that as you transition into acting?

Ever since I was a kid, I’ve always been singled out as the go-to pretty boy. But I always felt out of step with that. I’ve always wanted to prove that you can have a good outer shell that’s not empty and hollow. Those are preconceptions that I stopped being confronted with when I moved into the theater. What matters in theater is your sincerity, and the caliber of your performance. Appearances aren’t taken too much into account. I never wanted to be a model – it just happened. I was cast on the street. In theatre, conversely, I was forced to take more risks.

Do you have any insecurities that don’t show on the outside?

I don’t know about insecurities… but what people probably don’t see is that I’m actually very much a loner! People think I spend my time at parties and clubs, showing off that pretty face. I can bring myself to partake in the nightlife, but glitz will never replace those sweet moments of solitude. It’s not that I’m asocial or that I don’t like being around people. It’s just that I find pleasure in being alone with myself: my thoughts, my daydreams, my ideas for the future. Then again, loneliness is also an opportunity to revel in the presence of books, art, and to just hang out. It’s being alone without ever being alone.

Do you still enjoy modeling? Or would you rather essentially focus on acting?

I still enjoy modeling. I get to meet great people, so I would never disparage that industry. The fashion and cinema worlds are also interconnected: they mutually inspire and are fascinated by each other. The difference to me is that modeling is a pleasure, while acting is a passion. Acting is what really makes me tick.

Are you allowed to talk about your next few roles?

I can’t yet, but I’m in talks to take part in interesting projects. Sadly, that’s all I can say.

What has Dix pour cent changed for you?

It brought me great visibility, as well as great experience. I have met some great people, including my acting partner, Nicolas Maury, with whom I made a true connection, both professionally and as friends. Dix pour cent got the engine going.

People likely recognize you on the street now. Are you comfortable with that?

To my surprise, yes, I get recognized a lot. But I’m always caught a bit short. It feels nice, I always thank people. I don’t think it’s really something I should concentrate on, though. It’s just a nice bonus to get feedback on your work from strangers. It’s pretty cool.

How does notoriety affect your self-image?

My standards for myself are even higher. But otherwise, it doesn’t really matter. I still have a long way to go before I can feel legitimate in this business! I am far from feeling content.

Your Instagram has pictures of you, but also lots of pictures of paintings, book excerpts… Why is it important for you to share this stuff?

I see Instagram as a platform for sharing – for dialogue, even. It may be image-based, but it’s interesting to turn it into your own little visual diary. You can post pictures of yourself, but you can also post things that inspire you. When I get moved by a painting or some words on a page, I like to share that with my friends – and even strangers.

Can you identify the origin of your artistic curiosity?

I was lucky enough to grow up in a family that cared about art. My grandfather on my mother’s side was a painting conservator. He went to the École du Louvre and was also a painter in his own right. My other grandfather took part in the May ‘68 generation. He used to stencil and was a pioneer of street art in the ‘70s, so there was a real cultural and artistic consciousness at home, and a real dialogue around it. But I really fell in love with art at 13, when I saw Caravaggio in Florence. I wanted to study art history for a long time, but life had a different plan for me.

What about the theater?

Theater is special. I often say that it was not me who chose the theatre – the theatre chose me. I first discovered it through improvisation, a purely artistic, living, organic approach. I studied the Great Texts later on.

Nowadays, when you post pictures of yourself instead of your inspirations, is it because you enjoy it or because you ‘‘have’’ to?

Who would you dream of seeing liking one of your posts?

All my picks are probably already dead! David Bowie, Alan Vega, Marlon Brando… Otherwise, nowadays, Xavier Dolan or François Ozon liking one of my artsier photos, and not a portrait… now that would be something. 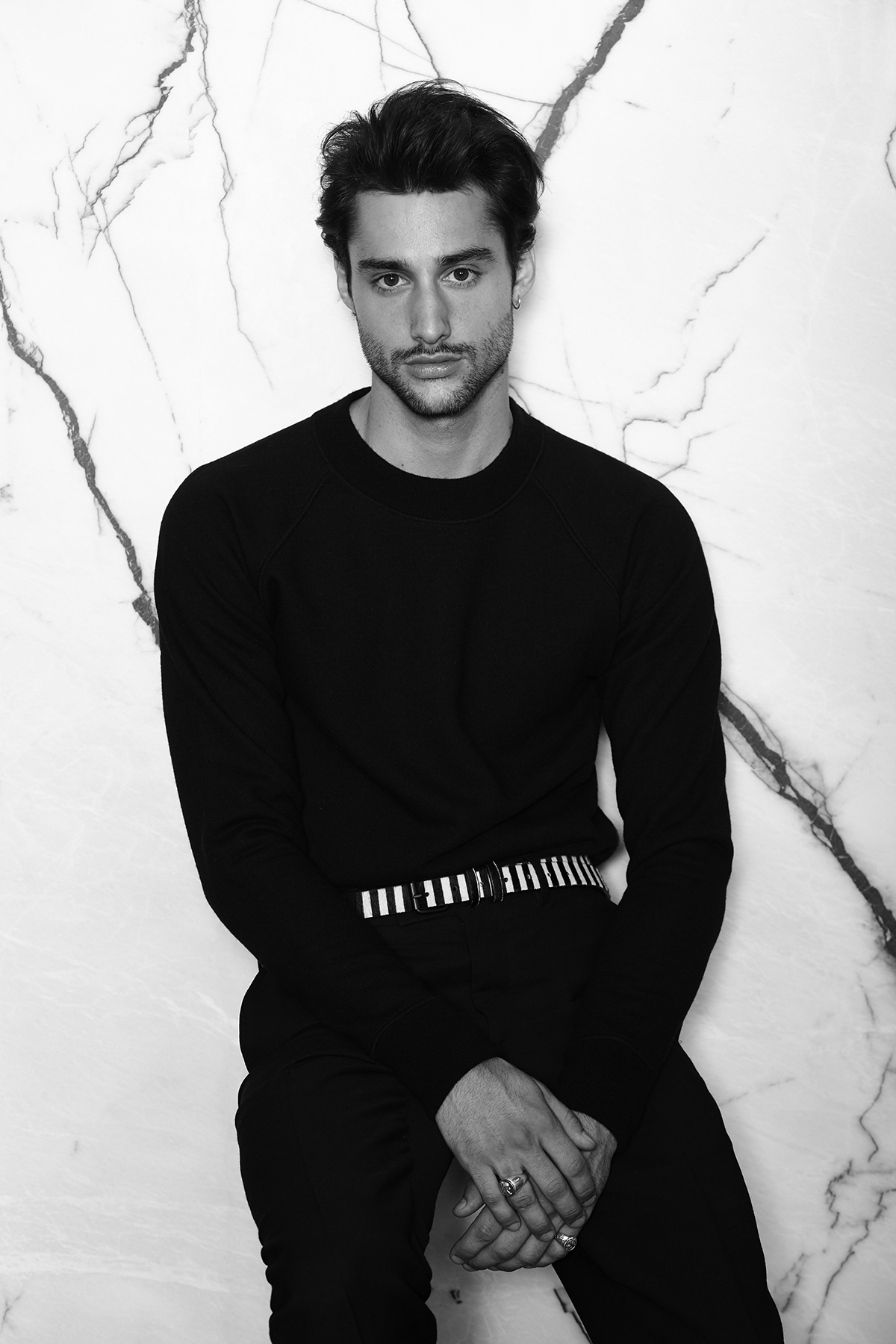 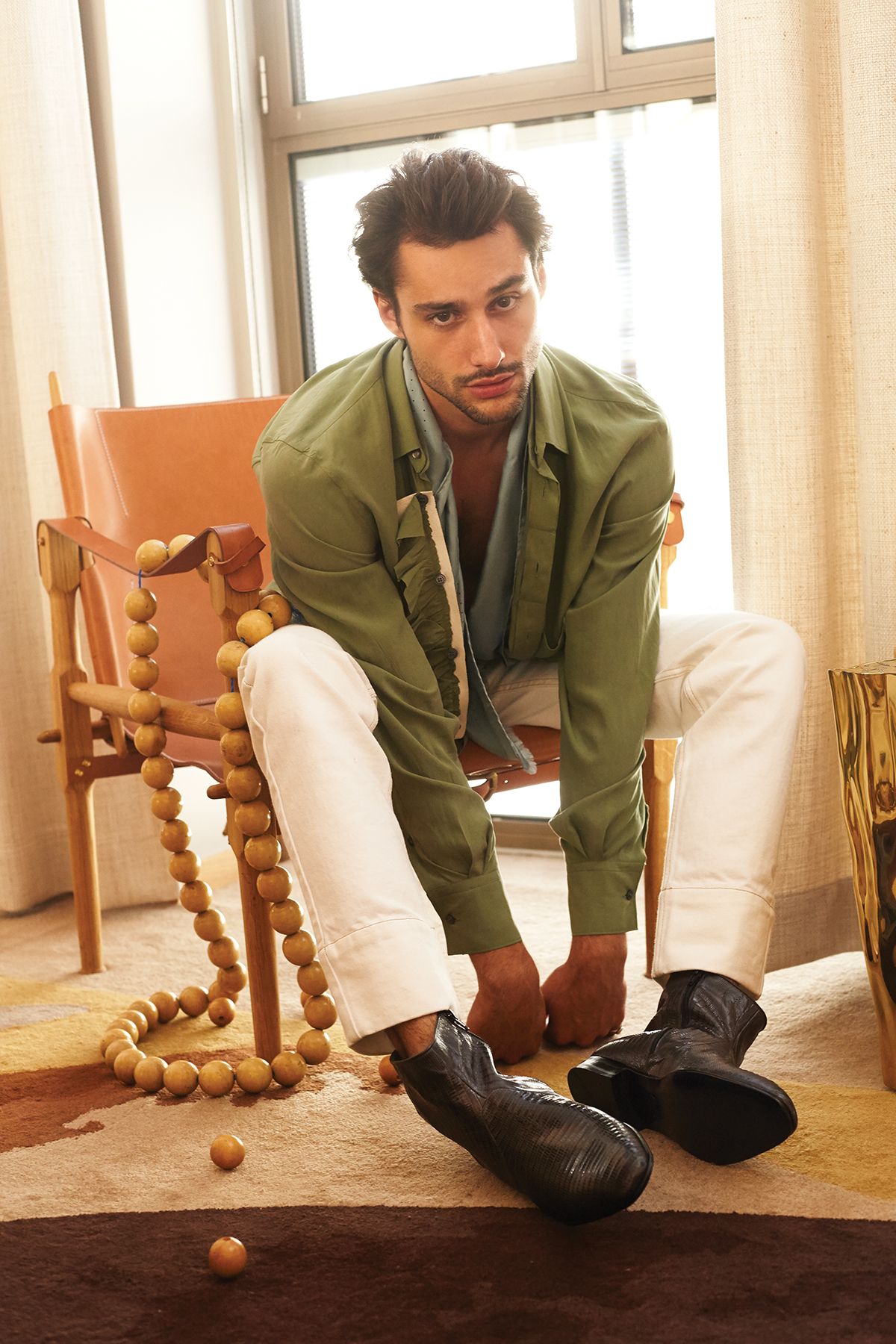 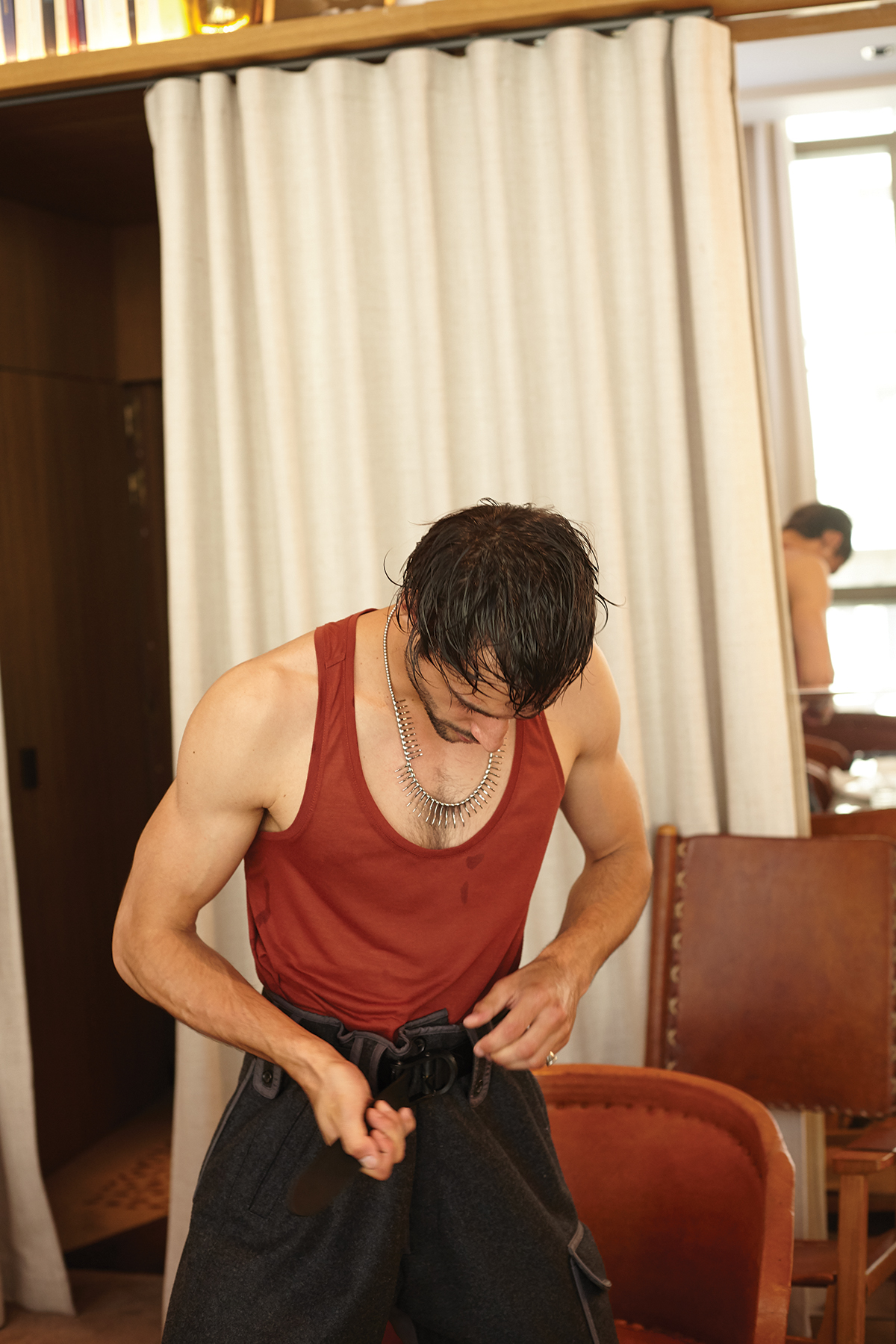 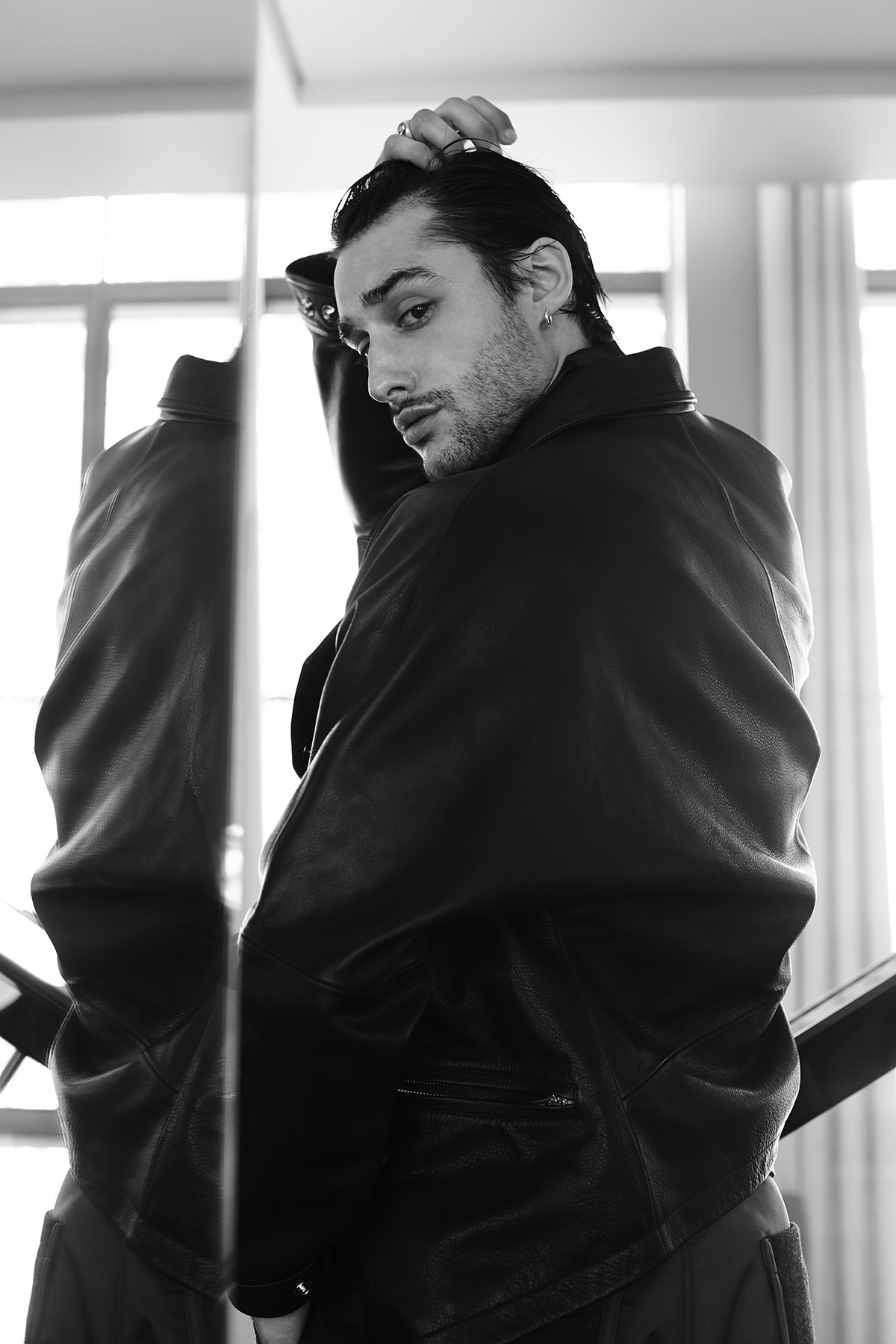 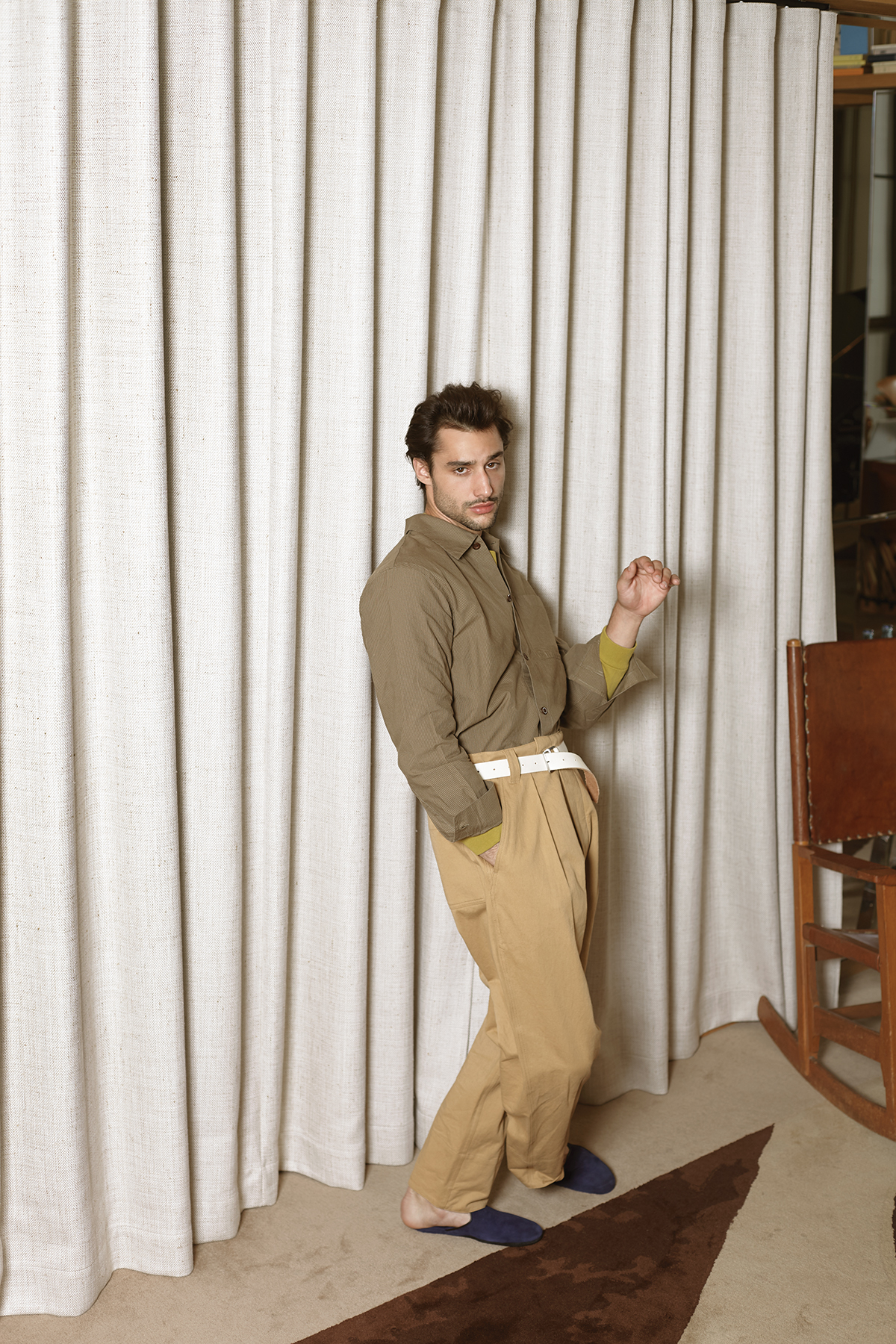 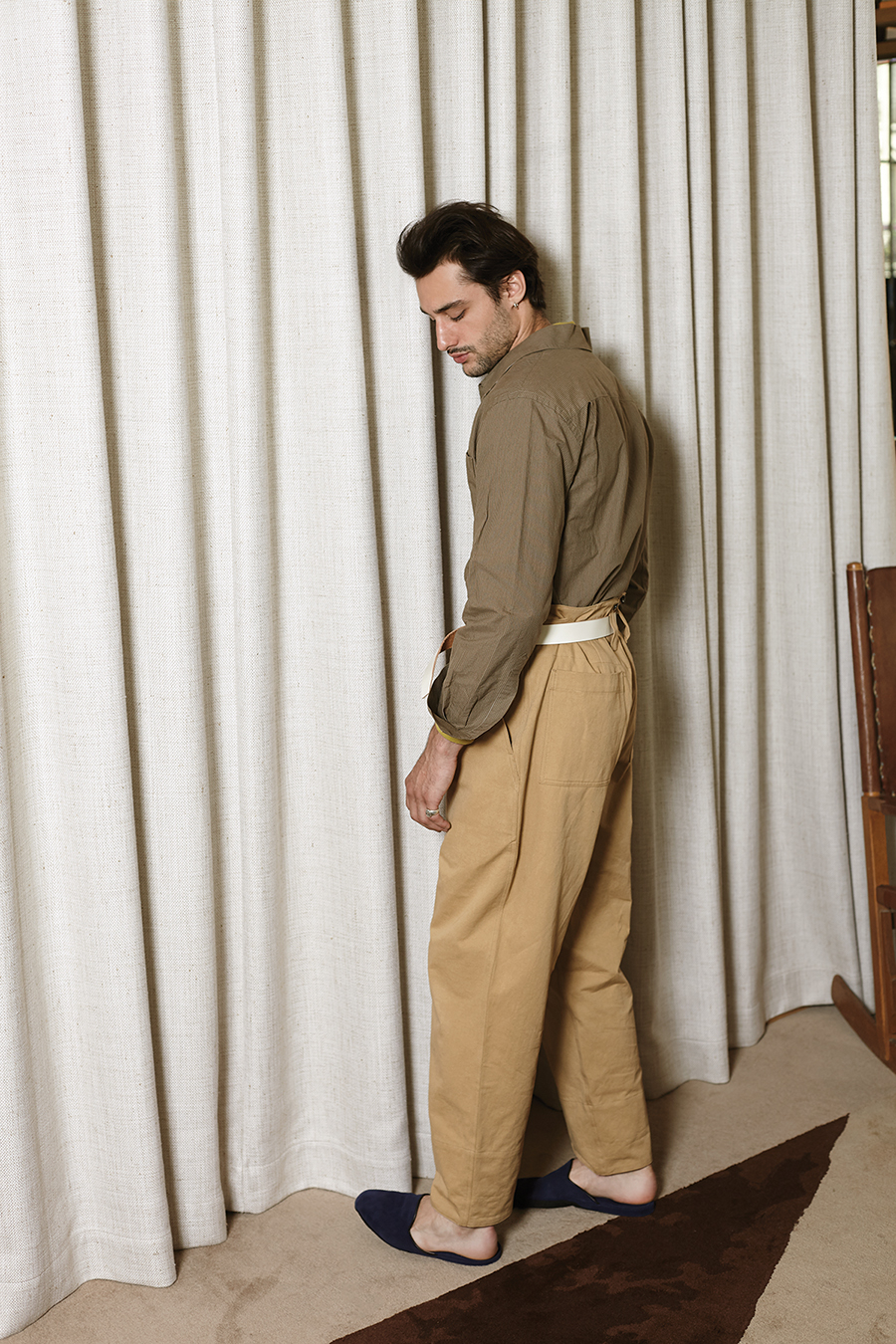