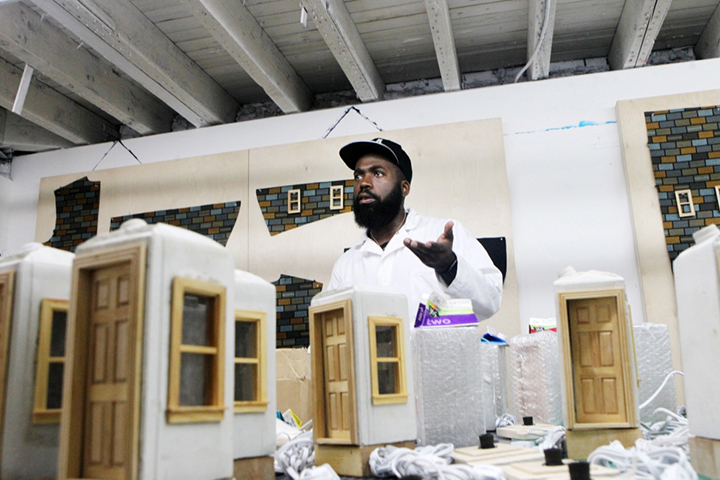 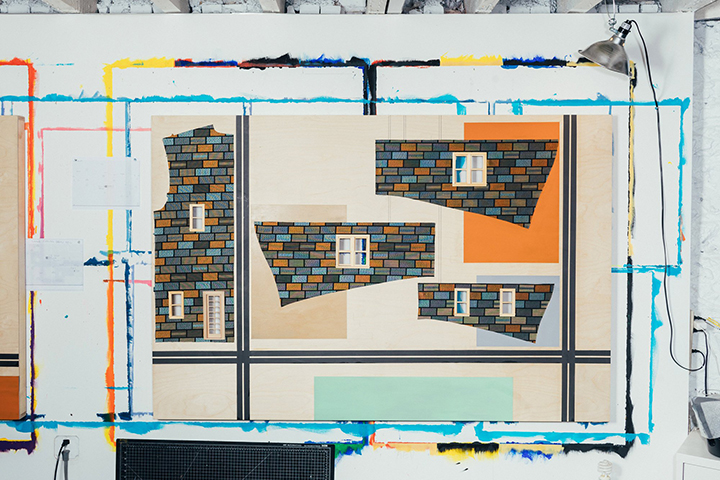 Photo by Andrew White for The New York Times 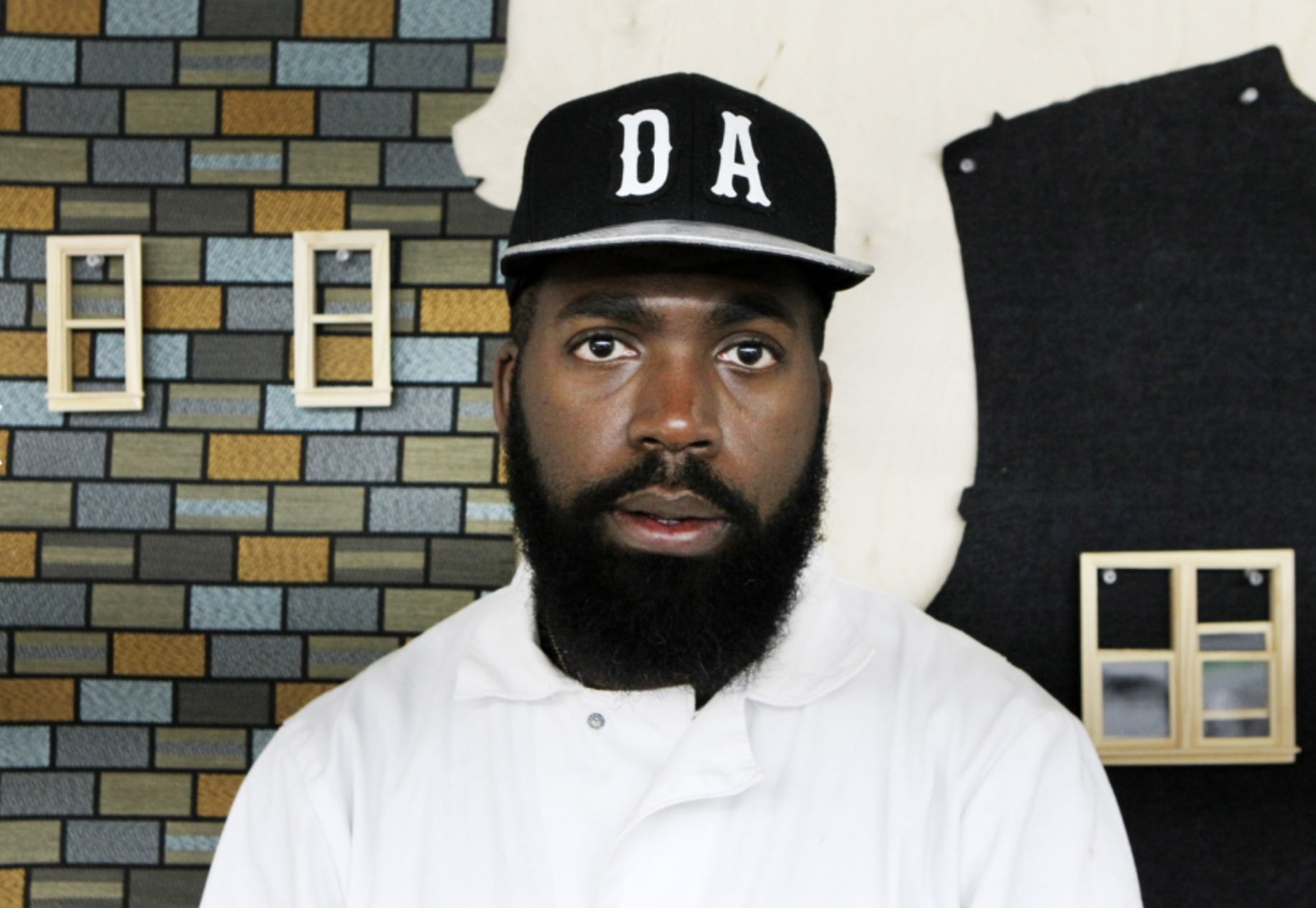 Derrick Adams is a New York–based, multidisciplinary artist working in performance, video, sound, textile- and paper-based collage, and multimedia sculpture. His practice is rooted in deconstructivist philosophies such as the fragmentation and manipulation of structure and surface, and the marriage of complex and improbable forms. Through these techniques, Adams examines the force of popular culture and the media on the perception and construction of self-image.

Derrick Adams: Sanctuary consists of 50 works of mixed-media collage, assemblage on wood panels, and sculpture presented in an installation designed by the artist that reimagine safe destinations for the black American traveler during the mid-twentieth century. The body of work was inspired by The Negro Motorist Green Book, an annual guidebook for black American road-trippers published by New York postal worker Victor Hugo Green from 1936 to 1967, during the Jim Crow era in America.