FLASHLIGHT / I ONLY WANT YOU TO WANT ME: PIA CAMIL’S POTLATCH AT NEW MUSEUM / OSMAN CAN YEREBAKAN

text by Osman Can Yerebakan

There were some lucky fairgoers during last year’s Frieze art fair at Randall’s Island. Artist Pia Camil handed out free garments with beaming colors and geometric patchworks only at certain hours and at no cost. This doubtless caused some hysteria amongst those who tried their best to join the growing line before the last call.

Following this highly buzzed-about project, Camil has returned to New York, this time for her first solo museum exhibition in the city. Nestled in the New Museum’s lobby gallery, Pia Camil: A Pot for a Latch, curated by the museum’s associate curator Margot Norton, presents a large-scale display in which a pink, grid-like metal structure takes center stage. Affixed sporadically throughout this form is a group of mundane objects that are simultaneously banal and rarified, idle and desirable, arcane and catchy. Paying homage to the architectural forms of Sol LeWitt and his peers, the installation merges the precision of the Minimalist aesthetic with the optical abundance of street markets and dollar stores.

No wonder Camil loves cheap, random, and quirky goods. These objects, most of which appear useless at first sight, can be freely exchanged – an artistic gesture that seems antithetical to our desire to own, use, and dispose. During designated times, the artist lets the public swap objects from her installation with items they bring in. Camil’s inspiration comes from the Native American tradition of potlatch, in which participants give and receive gifts without any monetary compensation – a traditional form of “owning” that translates as “ethnic” and “foreign” in contemporary New York. Rather than adding to an ever-growing list of possessions, Camil urges individuals to give up one of their belongings in exchange for a “new” one that is actually an artifact that someone else discarded.

Camil ultimately challenges the notion of desire with an obscure, never-stationary objet du désir that changes with each transaction. She thereby seeks a possible equilibrium in a landscape where desires peak and egos clash.

All Barry photographs are courtesy of Pia Camil and New Museam 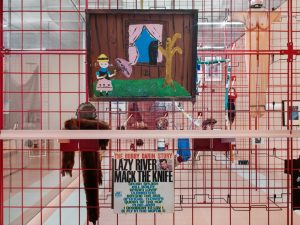 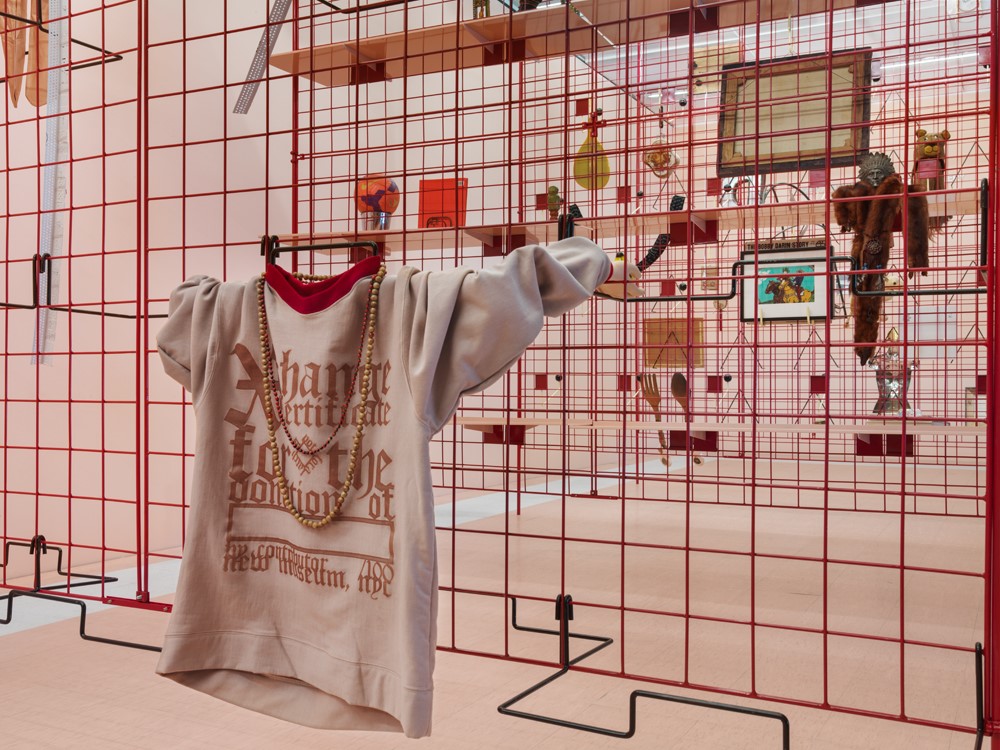