FLASHLIGHT / ONE OR THE OTHER / HIGHLINE LOFT 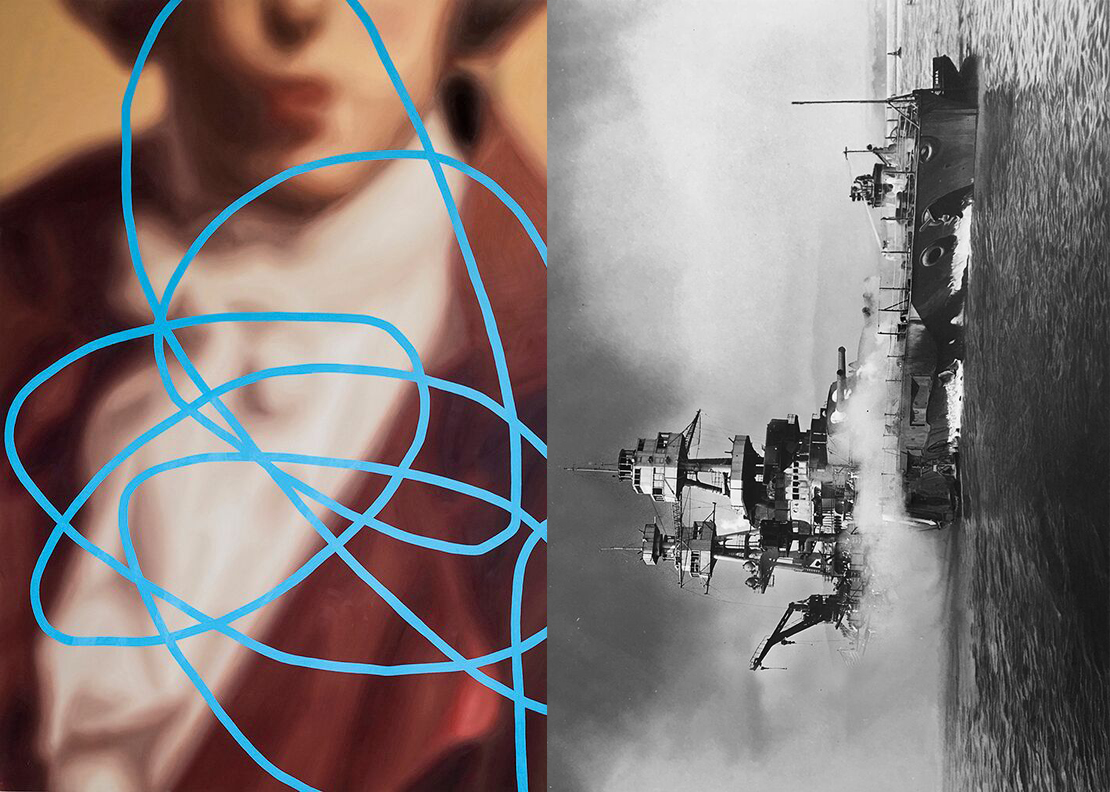 from left to right: Jared Flaming, Hole in the Sky. Eric Helvie, Leviathan. All images are courtesy of the artists.

One Or The Other, on view from May 17 – 21 at The Highline Loft at 508 West 26th Street, brings together the two artists – Jared Flaming and Eric Helvie – in a pairing of photo -realistic works that focus on the ideas of pop culture, media and storytelling. This represents an effort to dig deep into the subconscious mind to find inspiration and artistic creativity. Curated by Anne Huntington and Natalie Kates, both artists’ photorealistic works, with juxtapositions of color and iconography, embrace unconscious desires via subliminal images.

Describe your work in one word.
Violent

Describe your earliest memory of dealing with your subject matter.
Seeing Francis Bacon’s painting Study for the Nurse from the Battleship Potemkin when I was 16 and realizing his reference for that painting was a still from Sergei Eisenstein’s black and white film about a battleship.

Describe the relationship between yourself and the tools you use to create your pieces.
At this point the tools I use feel like seamless extensions of my hand. When I pick up a brush or a pen or canvas pliers, they feel like necessary improvements. They’re what my body needs to get the results that I want.

Describe your work in one word
Idiomatic maybe.  The final meaning can’t be derived from the simple translation of the individual elements in it.

Describe how you select your images and why you use them. Is it based on the images’ individual qualities or how they looks with others?
I come upon images by just churning through the internet or reference books.  I’ll find one image that sticks out or seems interesting and start working with it in Photoshop and then keep searching for more. One image might lead to another; one might replace the last.  I might start with looking at images of 18th century still lives and end up working with images of 1970’s muscle cars.

Describe your earliest memory of dealing with this subject matter.
I think I was in grad school and largely working with images I took myself of people and it suddenly dawned on me that I am limiting myself and I had a world of images to work with.  A lot of philosophers and critics such as Rosalind Krauss reinforced the idea of appropriation as language and it just spiraled from there.

Do you listen to music when creating your work? If so what is it?
During the designing phase I listen to music.  Black metal or thrash a lot of the time.  During the painting phase i tend to listen to more radio and news just due to the long, tedious nature of the work.

How important do you find the narrative in your art? What is the most important take away of your pieces?
I reject narrative whole-heartedly. If there is any narrative to be had, it is one the viewer brings to the table. It’s not about ‘what’ the work means but ‘how’ it means.  I’m trying to place things in an ambiguous space that you can’t simply just walk away from with a clear meaning in mind.  I try to make work that requires you to tease it apart.  And it is that act of teasing that is the point.

What was a challenge in hanging this show?
My biggest challenge was restraint.  I wanted to hang everything salon style to get the most out of the space and gallery walls. But the artworks, especially the large scale ones, required breathing room so the technique, execution, and iconography could be fully appreciated.

What was surprisingly easy while hanging this show?
We were fortunate enough to have both artists come with a team of installers. I’m happy to say I didn’t break any of my manicured nails.

Describe your ideal subconscious conversation that the viewer would have while at the opening.
Does my subconscious mind dream in black and white like Helvie’s paintings or do I dream in vivid colors like Flaming’s art works? How can I tap into my subconscious as both artists have done and use the output creatively?

What surface level impression do you want to dismiss with this show?
That the works were created by machine. The paintings by both artists are meticulously hand-painted, which takes hundreds of hours to complete.  It’s refreshing to see artworks by artists who can actually paint. It’s hard to wrap your head around an 8x6ft painting that looks like a photograph.

At times there is a sense of confusion between what is real and what is not in photorealism. Do you enjoy that feeling? Describe that feeling.
I love the feeling because it forces me to take a second look and question everything I see. It feels like my eyes are playing tricks on me.

What was a challenge in hanging this show?
A challenge was time. I need more time in general; but, specifically time is the most valuable asset to conceive and think about hanging the show from conceptual and practical points of view.

Describe your ideal subconscious conversation that the viewer would have while at the opening?
The conversation would be a dualistic push and pull about One Or the Other juxtaposing black and white and psychedelic colors and disparate subjects that are surprisingly complimentary. Fittingly, the show will close as the Zodiac’s Gemini twins begin – the epitome of One Or the Other. Hopefully the conversation will unite the viewer with the works in a harmonious way.

What surface level impression do you want to dismiss with this show?
I want to dismiss any notion of a stereotypical hipster artist type. Both artists come with extreme experience that shows itself clearly through the detailed work. In an age of hyper-realistic bullshit I want to dismiss any idea that the artists took any type of shortcuts to produce the works by hand.

At times there is a sense of confusion between what is real and what is not in photorealism. Do you enjoy that feeling? Describe that feeling.
Absolutely, I enjoy that feeling! In an age of re-touching, Photoshop, and fillers, I think it’s so important to have confusion, because when I believe and find what is truly real, it creates that “Ah-ha!” moment. It’s a feeling that makes me believe in art as art.

All images are courtesy of Jared Flaming and Eric Helvie 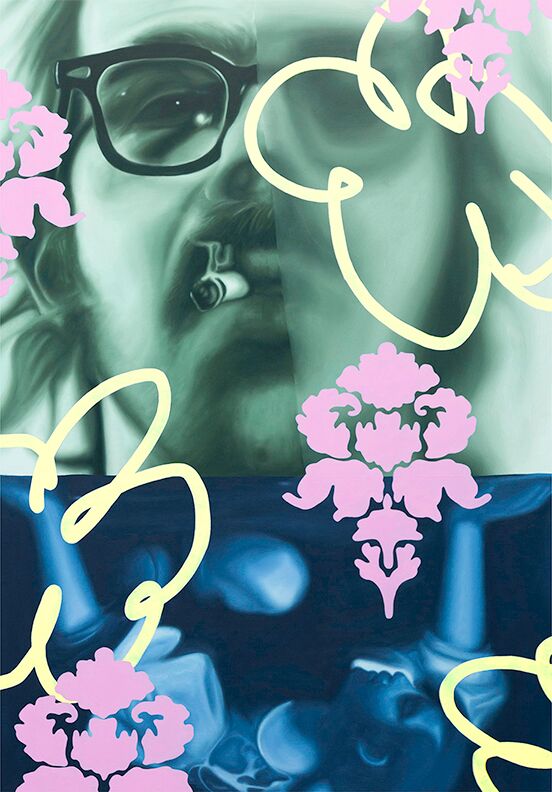 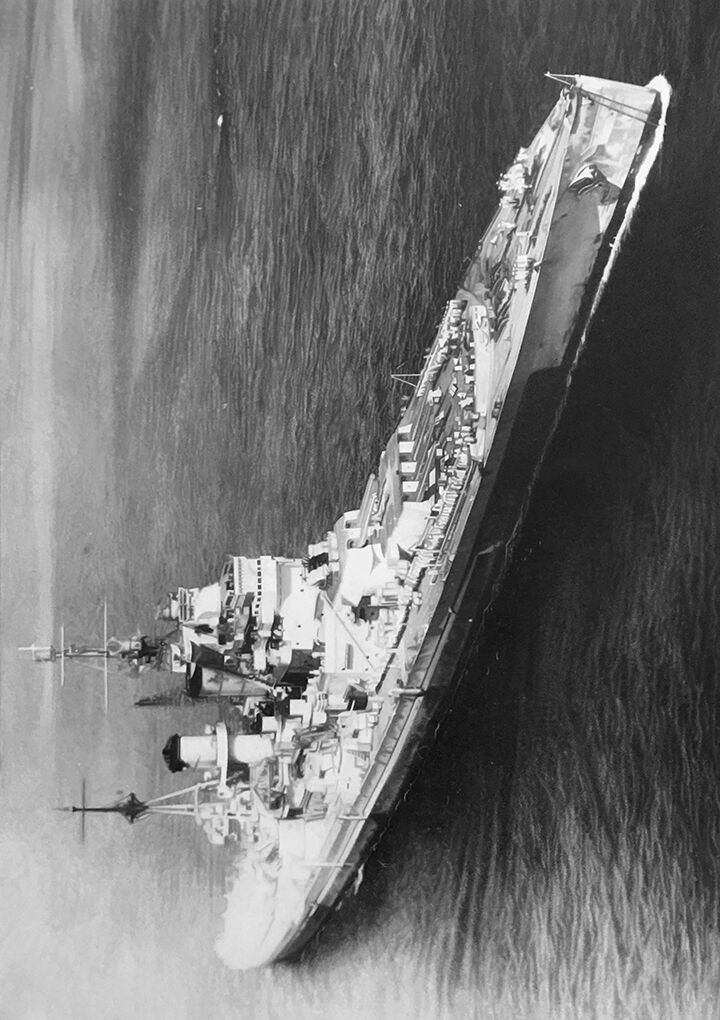