How are you doing? Whats going on?
I’m chilling, in my apartment with my cat.

Where are you living?
i live in Williamsburg, BK,

Whats it like in Williamsburg today?
It’s pretty nice today. for the past few days its been so weird and gross, kinda humid but today it was nice. i opened the window

What’s the last song you listened to?
Because i dj Im actually looking for new songs. I’m sitting on beatport and listening to everything that has come out this week.

When get really into a song, what are you looking for?
Recently I’m really into people that are taking a new approach to production. im not that inspired by things that are basic and just catchy. Yesterday i listened that whole new Factory Four record and I thought that everything was so genius. I’m just interested in things that sound fresh.

What’s the last movie you really loved and why?
Wow thats tough because in the last week I flew to Greece and came back to NYC in one week. In doing so I watched 10 really bad movies. Ive watched every movie that’s on the planes right now. Last movies I watched was “The Call”

“The Call”?
This is really embarrassing because I went to film school, but I really enjoyed it. It was kinda like a suspenseful horror movie. I actually screamed out loud on the plane.

What part of Greece did you go?
I went Costa Navarino.

Was it beautiful?
Yes, it was really incredible and I felt lucky to be able to go.

Do you remember what you first thought was this morning?
Yes. My very first thought was: “Oh no what time is it?!”. I generally wake up with my girlfriend about 7:45 but she left early, so I kind of overslept until 9.

So your first thought was fear?
Yes, it was fear. Then I realized that my cat barfed on the bed. I had to get up, of course, wash the sheets at the laundry and take care of my cat.

What type of cat do you have?
I have this awesome tuxedo cat. I just got her exactly a year ago. I adopted her from a friend of mine, that has moved into her girlfriends place. Her girlfriend is allergic so I took her in. She is an awesome cat that has been passed around to a bunch of Williamsburg lesbians.

So she’s seen some shit?
Yes. She was Kim Ann Foxmans cat, then she was Bianca (from Cocorosie) cat.

What’s her name?
Dirty. I think Bianca named her after Old Dirty Bastard

What are you working on right now?
The MEN record was recently released and we are so busy right now getting out remixes, videos, singles and getting it all out there. Plus, I’m doing two parties in New York right now. I also travel to DJ and write with other artists. It’s a lot I guess.

What other artists are you working with?
I did a track with Yuksek, a french French producer. It’s called “Peter Pan”. He also did something for our record, which was a treat. Then I also worked with a band from Paris called BIQ. We did a single that is coming out this fall. I’m actually shooting the video this fall too.

What do you want people to know about you? What do you want to get across?
For the most part, I really stress out over what people think of me. Im a really kind and compassionate person and I try to make things very conceptual. I think I think a lot about things.

Do you ever think about how you come across or is it organic?
I think i am very sincere. I cant just do something just because it looks good or sounds good. It really has to come from a specific concept.

If had to pick a place where the most interesting music is coming from, where would it be?
Wow. I think New York. By doing these parties I think I have been communicating creatively with other artists that I have not done before in the past. At least in the house/disco world. Im feeling really excited to have dance parties that fun and deep at the same time. Its inspiring to see people smiling with their hands in the air by playing house all night?

Do you see this more in Manhattan or Brooklyn?
It’s been happening in Brooklyn for me because that’s where my party is but its also definitely happening in Manhattan. Its happening more in the queer world more than the straight world.

Pat?
Yes. From a character in Saturday Night Live.

How did you get to where you are?
Generosity and sincerity. Also, being grateful for what I have at every moment. The most concrete answer to that is Kathleen Hanna and Johanna Fateman. They were like, “Come be in my band”. I learned everything from Kathleen and Jo (hanna) about being the best person I can be and always put my best foot forward.

Thats a cool way to answer that. Most people seem to not know what to say.
Yeah I guess people can try to over think that and sound cool.

Yes! By saying “Lots of coffee and red bull”.

What do see when you look forward, literally or figuratively?
I just look forward as a human to trying to get rid of fears and keep growing. Whatever that means.

What are reading right now?
I’m reading Lucy Lippard’s I See You Mean and I just finished a book by a friend of mine, Ann Cvetkovich’s Depression A Public Feeling. I like some critical theory non fiction type of writing.

Whats your favorite place to see the sky?
Michigan

Whats the best reason to stay up all night?
Wow! I never do that and its a never a good thing if you do. I guess I’d say when you are in love.

What’s it like being your friend.
It must be pretty complicated. I have some social anxiety so being around me must feel a little “herky jerky”.

How does your anxiety manifest itself?
It’s about always worried that everyone is OK around me. Some people think its really awesome because it seems so sensitive and kind but others see it as like, “dude, chill out, everyone is OK”

Is it hard to throw parties because of this?
I think it really helps because it makes me move around to everyone. 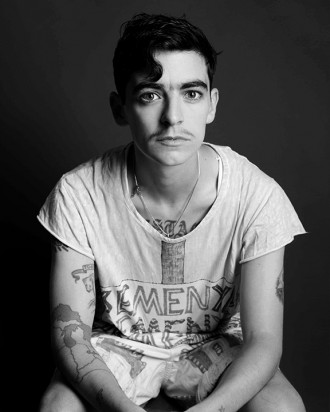 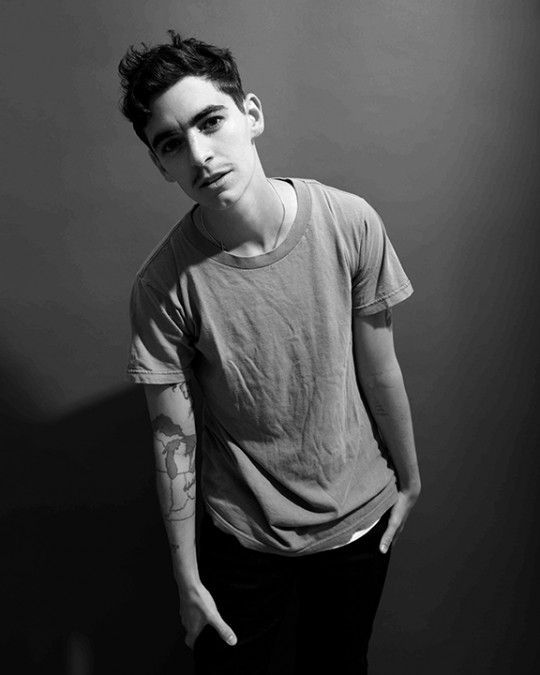