CJ: “I will be very happy if people feel moved by the show.”

Emilia: “I guess I just always want viewers to feel seen in some way. I feel like all our stories share threads.” 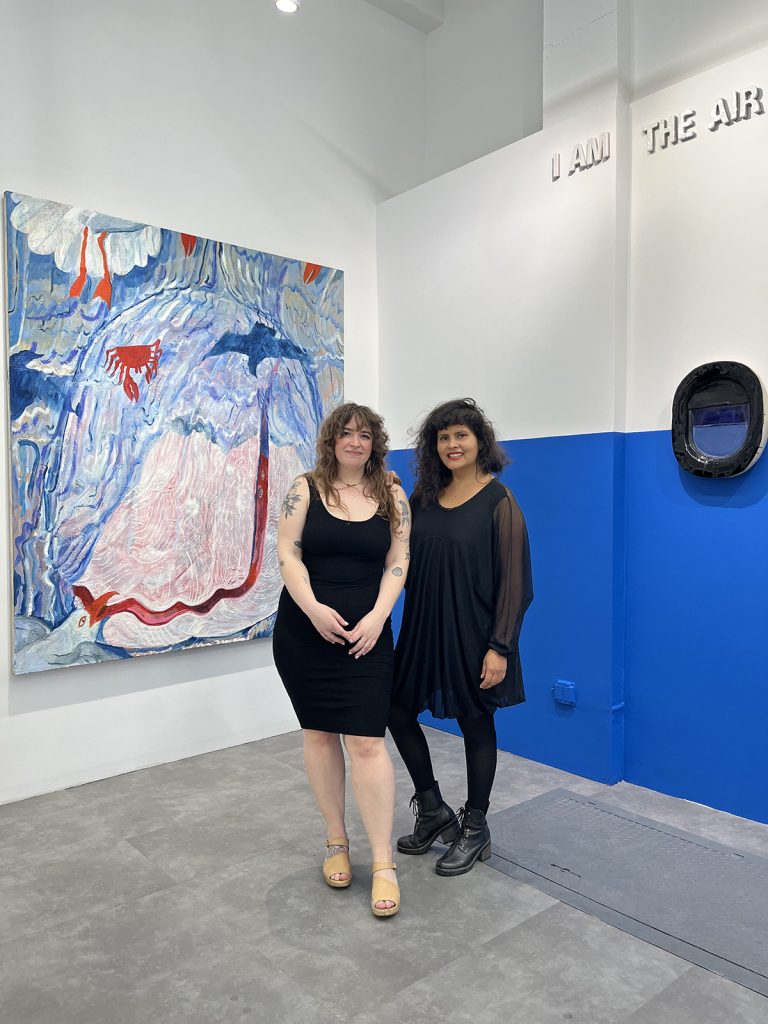 installation images are courtesy of Kates-Ferri Projects and the artists.

What is your first memory of water?

C.J. Chueca: The photos of my parents with me in their shoulders in the beach of Acapulco.

Also, in an almost opposite way, a day when I walked many blocks with a friend of my sister to pick up water for her house. I was 5 years old. To contextualize this situation, the economic inflation back then combined with terrorists attacks in Lima-Perú made periods of time without regular water, so families had to go to water sites with buckets to collect it.

Emilia Olsen: My parents took me to the ocean once when I was around a year old and held my hands in the waves. A big one came up and knocked me down and they describe me looking up at them through the water with surprise. I don’t think I remember it but I can imagine it, the sky behind their heads

What is your first memory of a woman transforming herself for a particular circumstance?

C.J: My mother, many times. We were living in Mexico and my grandmother in Peru got ill and my mother decided to move back with all of us to Perú, leave everything to take care of her. My mother made us believe, since day one, that we were, we are, and we will be in constant transformation

EO: Watching the Little Mermaid (1989) on repeat as a toddler.

Were there ever moments where in your opinions on water and transformation differed from the other artist?

C.J: I think we respect each other’s take to the point we trust what the other proposes.

EO: No, I don’t think we differ exactly – It feels like a really lovely conversation visually about the same thing. I think everyone can imagine how it feels to be in water, whether you’re bobbing in it or being tossed, emotionally or physically. It feels really special to be ‘talking’ with CJ in this way, I feel like we’re seeing similar things and just ruminating in them from our own perspectives.

How would you describe the show to someone who could not see?

CJ: This is show that submerges you into water when you walk in. On the left, you have Emilia’s large paintings that are of a naked woman immerse in various representations of water. Were water seems to depict her own depths, with melancholy and introspection. Many shades of flesh tones are combined with blues and turquoises.

On the right side, there is my presentation. You see a wall divided horizontally in two, in the  bottom there is a solid bright blue that remits immediately to water as if you were into the ocean. The top part is white. On top of this wall you see a series of ceramic texts and objects in cobalt blue and white. On the far left there are two blue ceramic airplane windows that are watching the ocean from their views in a synchronize way. Moving towards the center you can read in ceramic letters “I am the air you used to breath”, “you are the ocean I used to swim”, “tu, yo” (you, me, yours). By the end of the installation, on the right, there are two broken walls hanging, one blue and one white. My installation is called “We used to be una canción de amor”, which will translate in English as “We used to be a love song”.

EO: An exhibition in which one wall is painted a deep blue up to a height of about six feet. Tactical ceramic pieces hung throughout the wall form the words “I am the air you use to breath / you are the ocean I used to swim” as well as “Tu / Yo.” The text pieces are surrounded by wall sculptures; two ceramic airplane windows looking out onto the sky horizon, and two pieces made up of tiles that form water horizon lines. There is a large canvas painting featuring another horizon. The water line goes through all of CJ’s works, creating one large installation. On the opposite wall a series of my oil paintings hang, featuring shells on the shore and women existing in water, whether it be waves or rainfall. Through the two artists’ works and conversations we experience the feeling of treading water – emotionally and physically. My friend Lisa John Rogers described it as “Immersive, deep, elusive, mysterious, like your stomach is dropping but also you’re surrounded in a warm kind of comfort.”

If you could describe the show in one emotion, what would it be?

CJ: Saudade, a Portuguese word that describes a feeling of longing, melancholy, or nostalgia. There are many emotional stages in the show. But if I have to pick one, I will say “saudade”.

We often times talk about visualization, did the installation ever appear and either one of your dreams?

CJ: I did woke up one night and draw a draft of the installation. Same as now as I am responding these questions at 4 am in the morning. I hope I agree with them by 9 am (sigh and laughing).

EO: Not exactly, I rarely dream about art but I’ve been having ones about swimming with whales.

How do you want those that see your show to be transformed?

CJ: I will be very happy if people feel moved by the show.

EO: I guess I just always want viewers to feel seen in some way. I feel like all our stories share threads.

How have you changed after this show?

CJ: There is this sentiment of sadness I have that by have said it out loud in this show gave me some peace.

EO: I went through a lot over the last year(s) (Haven’t we all?) and I feel like this show has helped me bring myself back to myself.

What was the toughest part about this project?

CJ: The realization itself. To spend long long hours making each ceramic letter by hand, building the walls new and then breaking them. As if I am building and un-building the relationship I am talking about.

EO: It honestly took a lot of mental preparation. Making art feels like sharing my journal and opening yourself up to questions and reactions to the personal things you write down. It’s kind of a push/pull in terms of deciding on how much you want to explain.

CJ: I am now in Honduras working on a group show curated by Blanca de la Torre about Cedeño, a town that is been devoured by the ocean because of many transgressions to the land. This will be presented at the Centro Cultural de España. I am also preparing a public project in the Bronx with Percent for art. It’s very subtle but it is a statement that relates with moving, as water does.

EO: I have a solo exhibition later this year, a group show in the pipeline., and am waiting to hear from residencies.

I am curious if either of you have ever read any studies on the generational or cultural trauma surrounding water?

CJ: Yes. Mostly because has shaped my family’s own history. My father migrated from a small town in the mountains of the Andes to the capital city in the coast, because of a violent river float that destroyed all his farmer family’s lands. They had to start over with nothing but themselves.

In the other hand, the father of my mother who was orphan at 10, jumped into a marine ship to Chile (from a port in Peru) and found his then adopted father overseas.

EO: I have read essays written by people of color on intergenerational water trauma, but I don’t think it’s for me (as a white woman) to comment on, more just to listen! 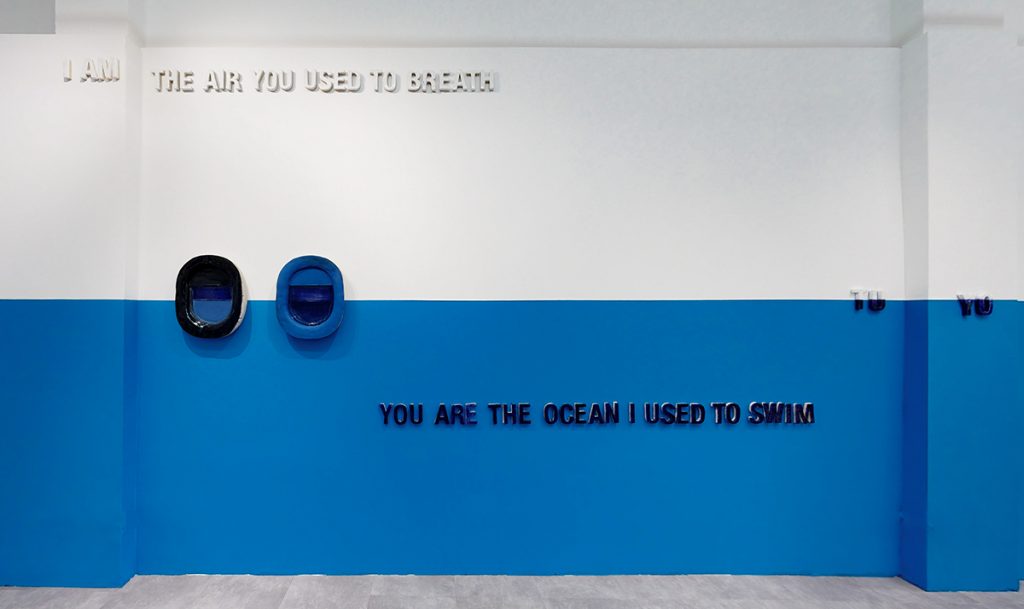 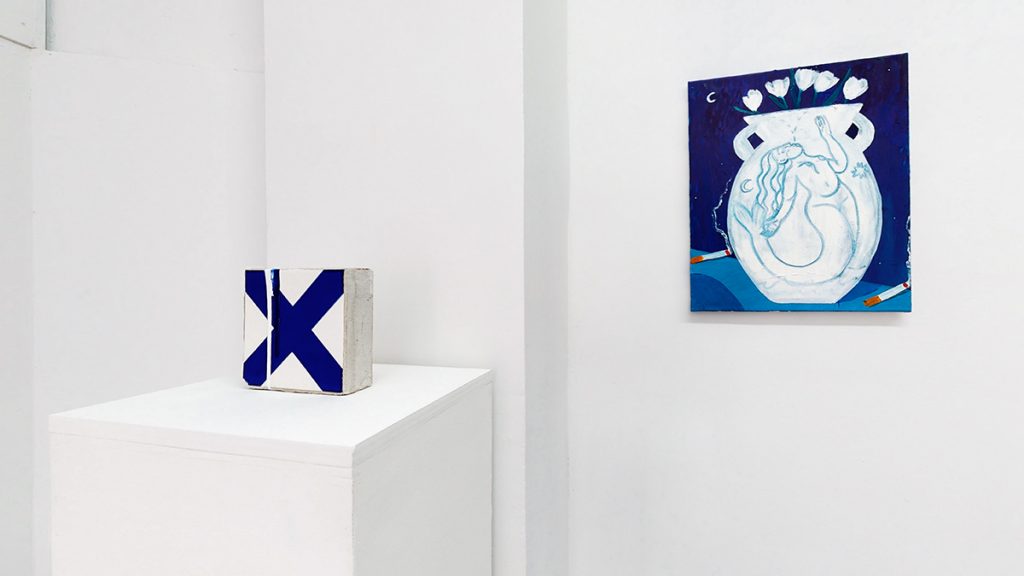 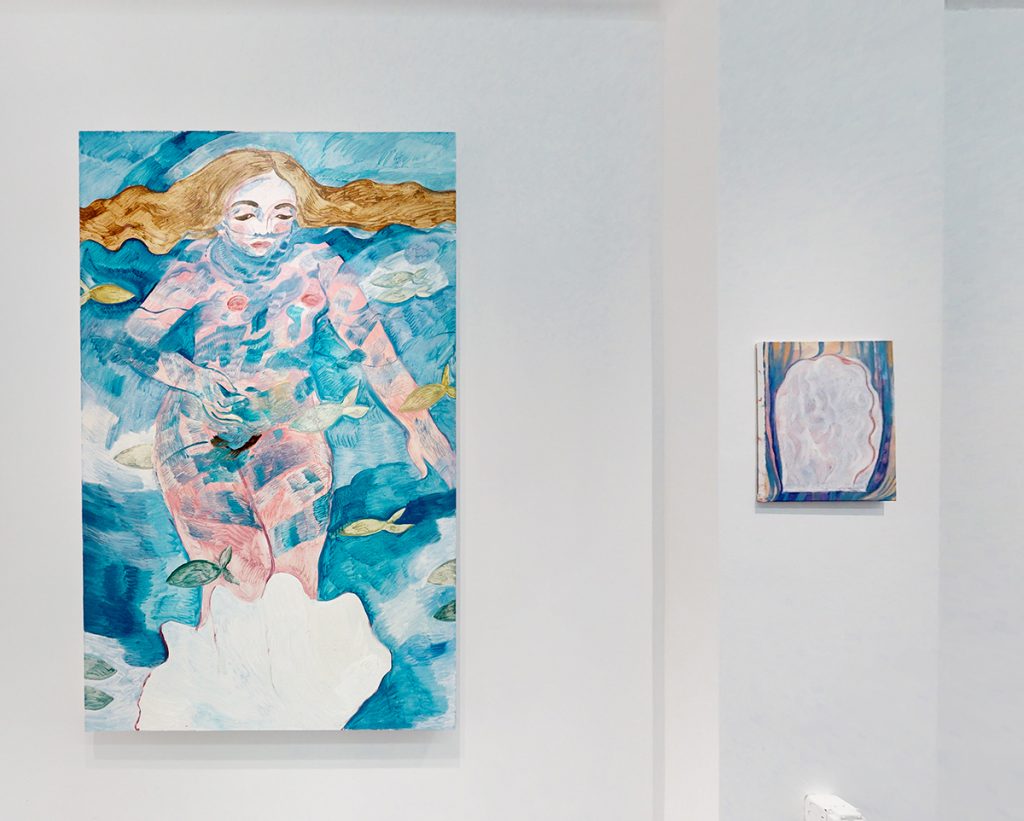 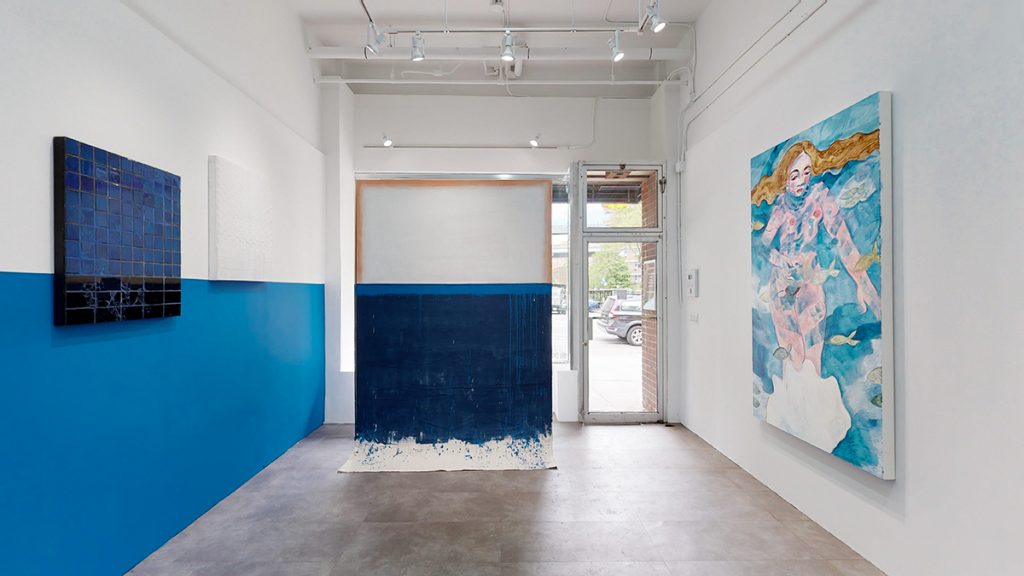 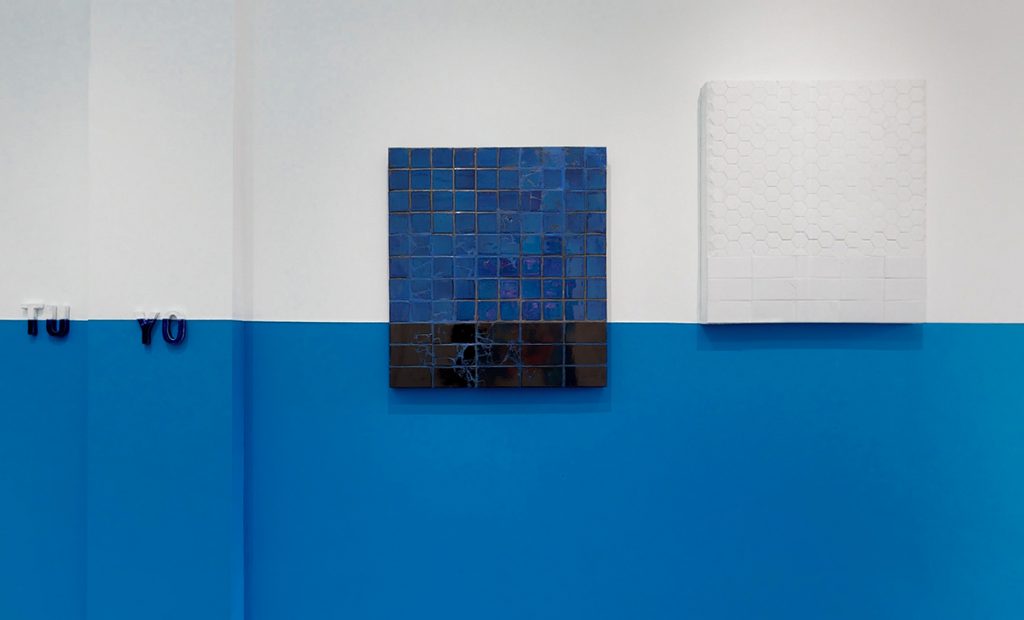