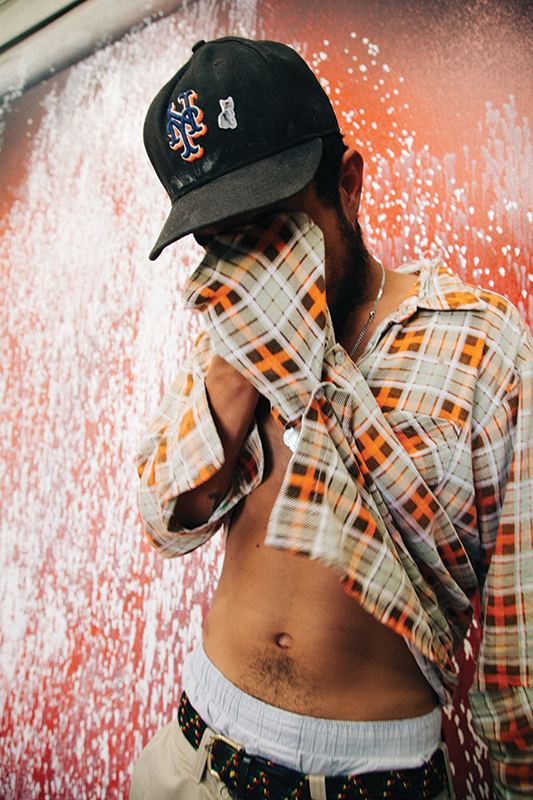 all photography by Lane Stewart

WS: I saw your new paintings at the NADA (New Art Dealers Alliance) art fair. I thought it was really interesting that they were on linen. What people have written about these paintings thus far centers on, oh he’s returning to more delicate Impressionist subject matter. What I thought was most interesting was their texture.

LS: Yeah. I use that specific linen because of the canvas size. Normally when you order canvas or linen that’s natural weave, you will get the occasional knot just from the imperfections of the weave. On that scale, imperfections throw the whole thing off, so I just really needed the perfect surface.

WS: It does give them a very sort of breezy quality maybe.

LS: I can see that. Canvas versus linen is really a preference. A lot of guys prefer to use oil-based grounds as opposed to acrylic grounds but at the end of the day, it depends on what kind of surface you want to be painting on.

WS: So I guess concomitant with that shift in material was, at least in some sense, a shift in subject matter. But I wonder how big of a shift these new paintings actually are. They don’t feel like an entire departure but there’s something new

LS: No, it’s definitely not. In the last few months I’ve been thinking about things overall. I really just wanted to find the natural trajectory that makes sense with the previous work that I was making. One of the big tie-ins there is nature. That’s been the case with the every show that I have done so far. I am back on track now and it’s not that much of a shift. I think the scale is shocking to people, or the fact that they are just simple oil paintings.

WS: They’re quite little, but they do have a potent energy to them. I am not that good with paintings generally. But when I saw this new works they honestly made me think, I wish this is what Luc Tuymans was doing, because I think his work has that foreboding element, but they feel insincere sometimes to me. These paintings don’t feel ironic. They feel very domestic almost.

LS: Yeah, it is not art about art. It is art; it’s painting. Obviously it is very aware of art movements that have taken place before, such as Impressionism. They obviously absorb things from other painters, but I don’t want to mimic their work. I shied away from doing stuff like this in the past because I have a problem with photorealism but that’s not what I am doing. In the images that I’m painting there is something warm. There us something that I can take away from looking at them that I wouldn’t necessarily or that I haven’t taken away from just discovering the source images.

WS: Interesting. When you think of conceptualism and photorealism in painting, you usually think of men. There is a different expectation placed on men who make paintings and that’s why it was so surprising to me that they are so small. David Salle and Julian Schnabel are not known for their small paintings.

LS:  It has to do with growing up with the internet. I wrote an essay called “The Accidental Tourist.” It is about tuning out and about traveling to other places on my phone and why people tend to look at their phones in their awkward moments. Getting back to your question of scale, I am thinking about the way we look at images on such small scales on our phones and I wanted them to feel that way – intimate.   When you are looking at images on your phone, you have an actual device in your hand.  It is very consumable, and I like that idea of not being intimidated by the scale and being able to digest what it is that you are looking at.

WS: That brings up an interesting question of where is the line, or is there a line, between something being intimate and something being consumable. It seems that intimacy and consume ability must sort of go hand in hand even though one we sort of deem as bad and one we deem as good.

LS: Neither is prevailing.   I like the idea of paintings that help you really understand what it is that you are looking at.

WS: I watched The Snowy Day and it is so fantastic. Could you talk a bit about it? I’d never heard of it.

LS: Yeah. It’s based on Jack Ezra Keats’s children’s book ‘A Snowy Day’ about a little black boy who walks around New York. I don’t think Keats labeled it New York,  but I always imagined it being New York. The little boy takes the day off from school, and it is really simple story. I wanted to make something that was in honor of being a New York kid and how exciting that was. I introduced some contemporary issues into the film. In the original cut, the kid was selling snowballs – reminiscent of David Hammons.

See more on Lucien, and the other men we are featuring in issue, “Men At Work”, here 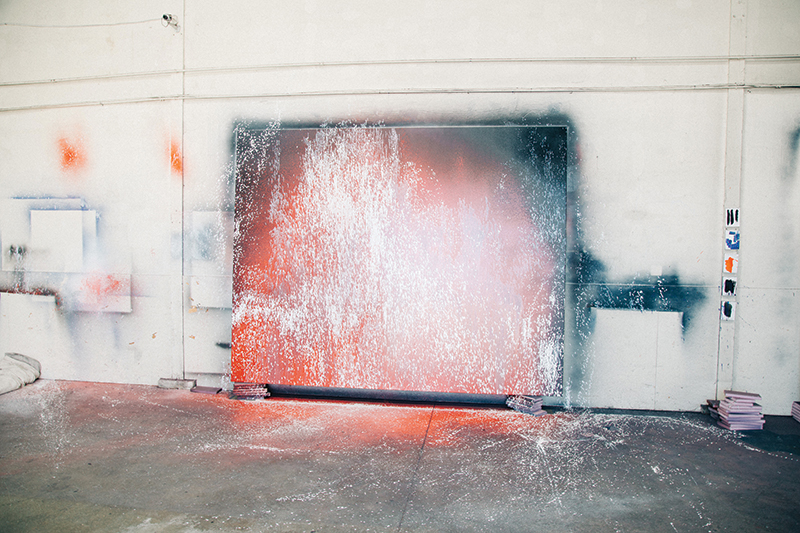 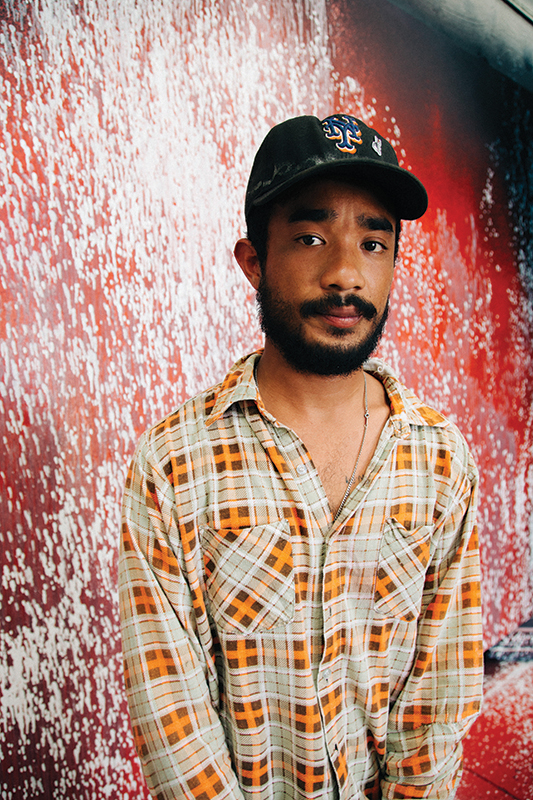