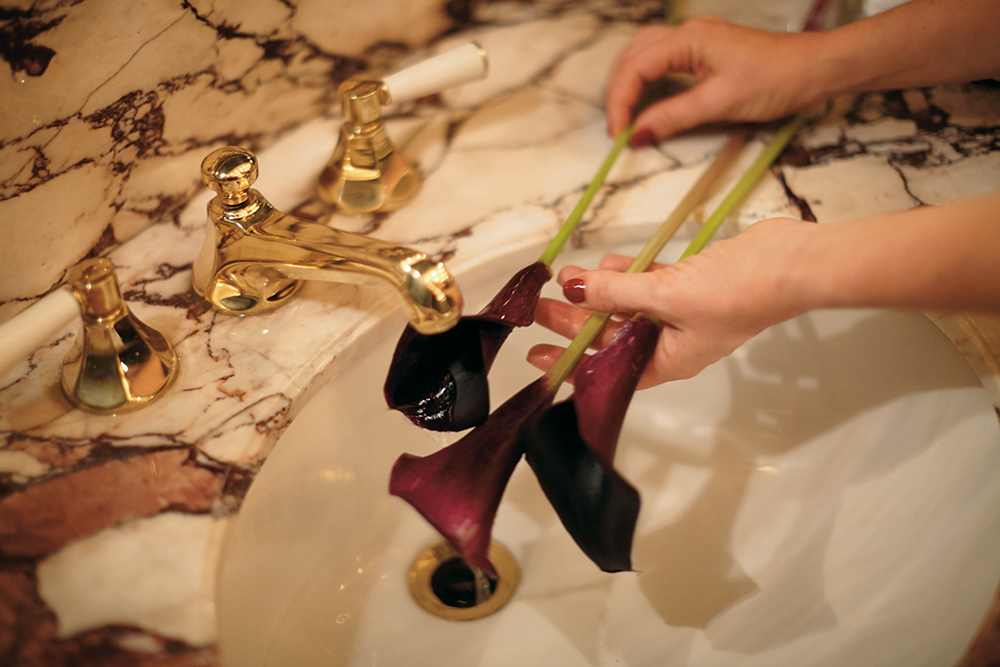 Photography by Nicolas Wagner. Featuring Ludivine Sagnier.  Images of floral collaboration with Nicolas Cogrel can be seen in the issue “Are You There Alone”

1. Describe the work of Nicolas Cogrel in one word.
Emotion

2. Describe the first time you saw a beautiful flower or arrangement.
I remember perfectly — I was playing in my family’s backyard in Brittany when I noticed some gold dots shining in the field. Even though I was very young, I still remember being amazed by the contrast of the shining gold against the bright green grass. I walked out to see up close (they were buttercups) and picked them for my mother. It was my very first bouquet.

3. If there was a song that described your work, what would it be?
Too many to choose from – I always have music playing in the studio. I feel like I should pick something from Edith Piaf’s repertoire, but lately I’ve been listening to other classic songs: “She Lost Control” by Joy Division, and, of course,  “Je t’aime, moi non plus”, Serge Gainsbourg…I love the ending.

4. As all if the flowers in the spring issue, “Are You There Alone”, are black calla lilies, describe what they mean to you.
Not very many flowers are considered appropriate for any gender. I love to use calla lilies for clients that aren’t as interested in a strongly feminine look, and these have a weight and shape that’s both strong and structured but still sensual.

5. You designed the arrangements for specific actors in the issue. What did you consider when creating something for them?
For Sarah Gadon, we wanted to create a piece that could be easily integrated with any look the stylists created, but that could also live on its own; just sitting in a vase. I had that in mind when  we arranged the calla in a bundle, but not having them look too tight or constructed- they needed to keep their sense of movement.

6. What artist influences you?
I love Christo’s art, his pieces have a gigantism that is very rare. My dear friend, Thierry Veron Dentressangle, is a textile designer and he creates magnificent pieces. Each of his creations are a great source of inspiration as I’m designing, they have a subtle delicacy and exactitude that’s very special.

7. What books influence you?
I’m very excited by Asuma Makoto, who’s this incredible, really avant grade, floral designer in Japan and his book, The Encyclopedia of Flowers, really helped me conceive new ways to work with plants and flowers that no one else is doing. I also love More is More, by Tony Duquette, and draw a lot from him.

Also Just Kids, by Patty Smith, illustrates a splendid relationship which is so important and fascinating. It’s that these incredibly influential figures had a rich private life together and they produced work because of each other. It’s such a portrait of New York and its energy in the late 60s.

8. What is your dream arrangement or flower (even if it does not exist)?
I love experimenting and creating arrangements with a touch that has not been seen or widely used before. Since Azuma Makoto managed to send flowers to space (before I got the chance to crowdfund the budget) I’m now thinking about applying a technique usually used by Chefs and create “sous vide” (vacuum packed) arrangements.

9. What flower would apply to a friend? A lover? Someone you hated?
Each one of them would receive the same flower: the unfairly underrated chrysanthemum, for instance. When you design, you put the emotion and feeling that you want into the arrangement, so I would be excited to find ways to re-imagine each flower for each of the recipients, and the messages I’m sending.

10. What projects are you working on next?
I’m currently working on recreating an underwater décor that’s made out of flowers for a private event down in Palm Beach. The idea is to recreate coral reef without using the actual precious resources. I also have a thing with funeral wreaths — I would like to create a collection reinterpreting their meaning and how we use of these type of tributes. 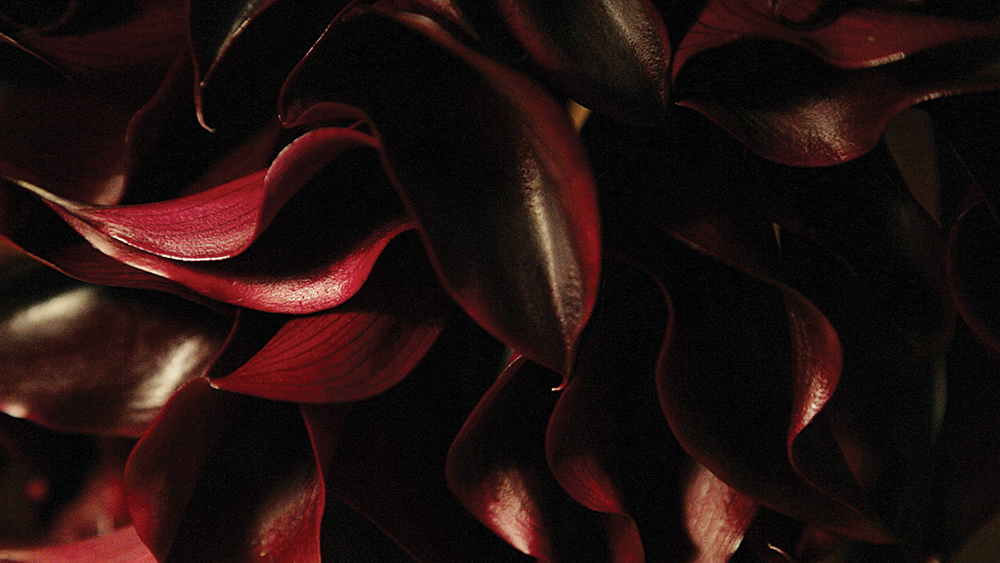 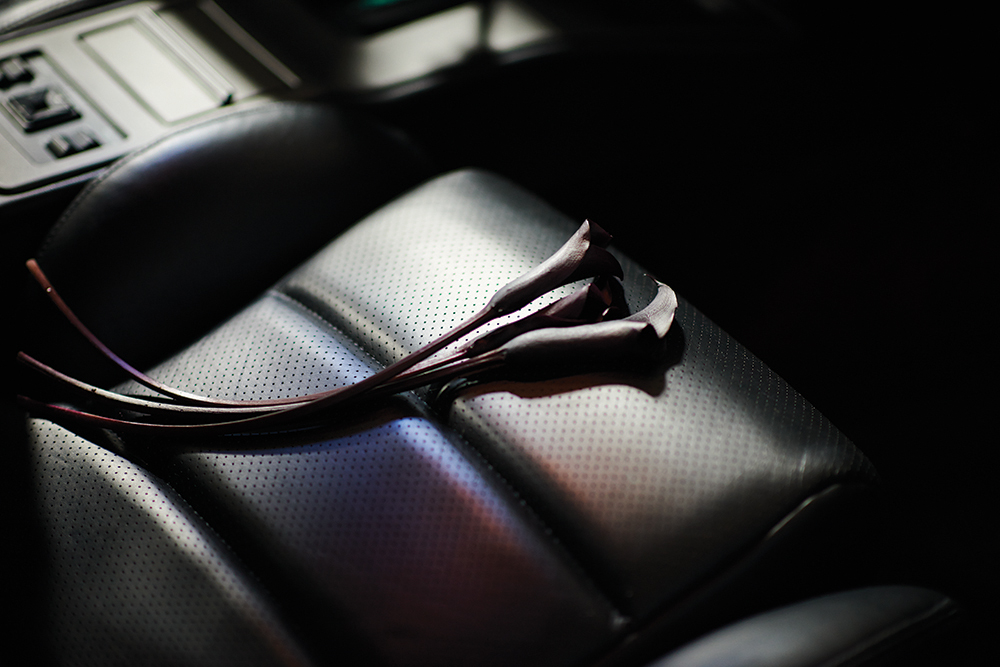