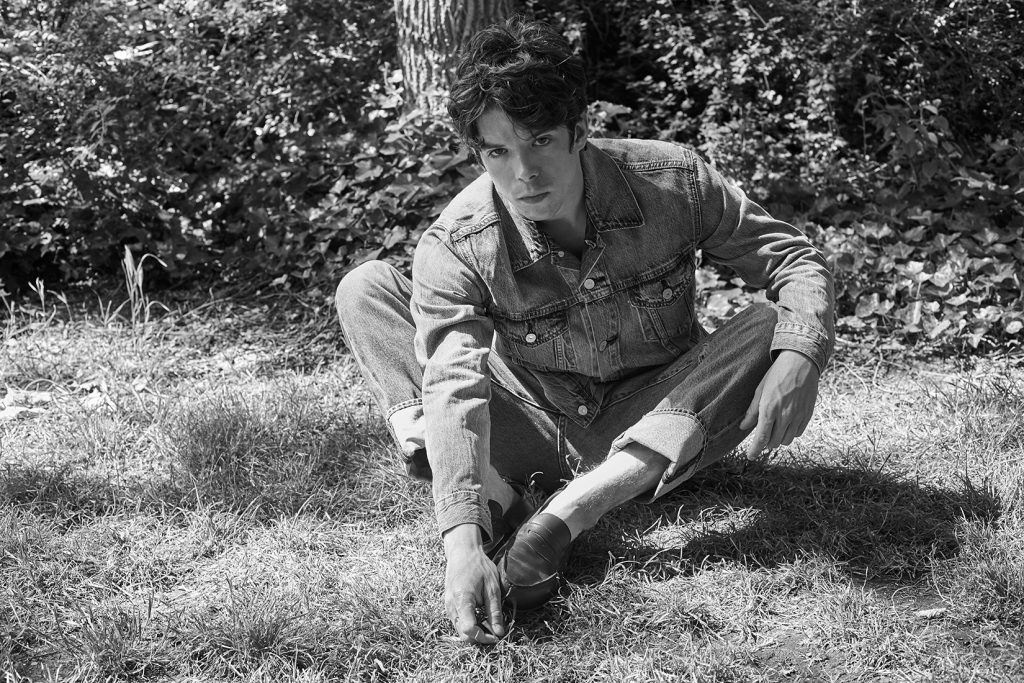 The first thing you think about when you wake up?

The last films / series that you liked?

In films I would say Drunk and Parasite and the series The White Lotus (HBO).

Do you remember when you decided to be an actor? Are there other actresses / actresses in your family?

The day I really decided to make it my job I think it was after shooting Andrew Stegall’s feature film Departure. I was 23 and I was in a rocking period, no I’m the only actor in my family, sorry no name dropping.

How is it to start in the cinema alongside Melvil Poupaud and Hippolyte Girardot? a particular memory?

I have a lot of memories with Melvil whom I really like, he briefed me a lot on the job in general. He was benevolent and we laughed at the same things. I remember we had a giggle during a scene where he had to slap me, he didn’t dare put a real one on me and that made his gesture very strange visually.

The most surprising thing that happened to you this year

When do you know you’re ready for a role? it stops or / when the preparation?

I start to be ready for a role when I start to think like the character I’m going to play. It’s weird to say but by dint of building a character, writing about him, giving him character traits etc, I start to absorb him without realizing it and he ends up being part of me. Ideally, it’s better to have time between this process and the start of filming, it allows you to digest the information well and then arrive on the first day of armored filming.

There is no rule for the preparation, everyone has their own sauce. Personally, I don’t have a written recipe, I adapt according to the project.

What movie are you working on right now?

Currently I am shooting in Romania for a film called Appalachia by Roxana Stroe. And then I shoot in Sébastien Tulard’s next feature film with Loubna Abidar.

Do you remember your dreams?

Yes sometimes even a little too much. When it’s dreams it’s cool but when it goes into nightmares, a little less.

What are you afraid of?

I am afraid of the void. The vacuum is terrible.