“It’s going to be a really cool universe” 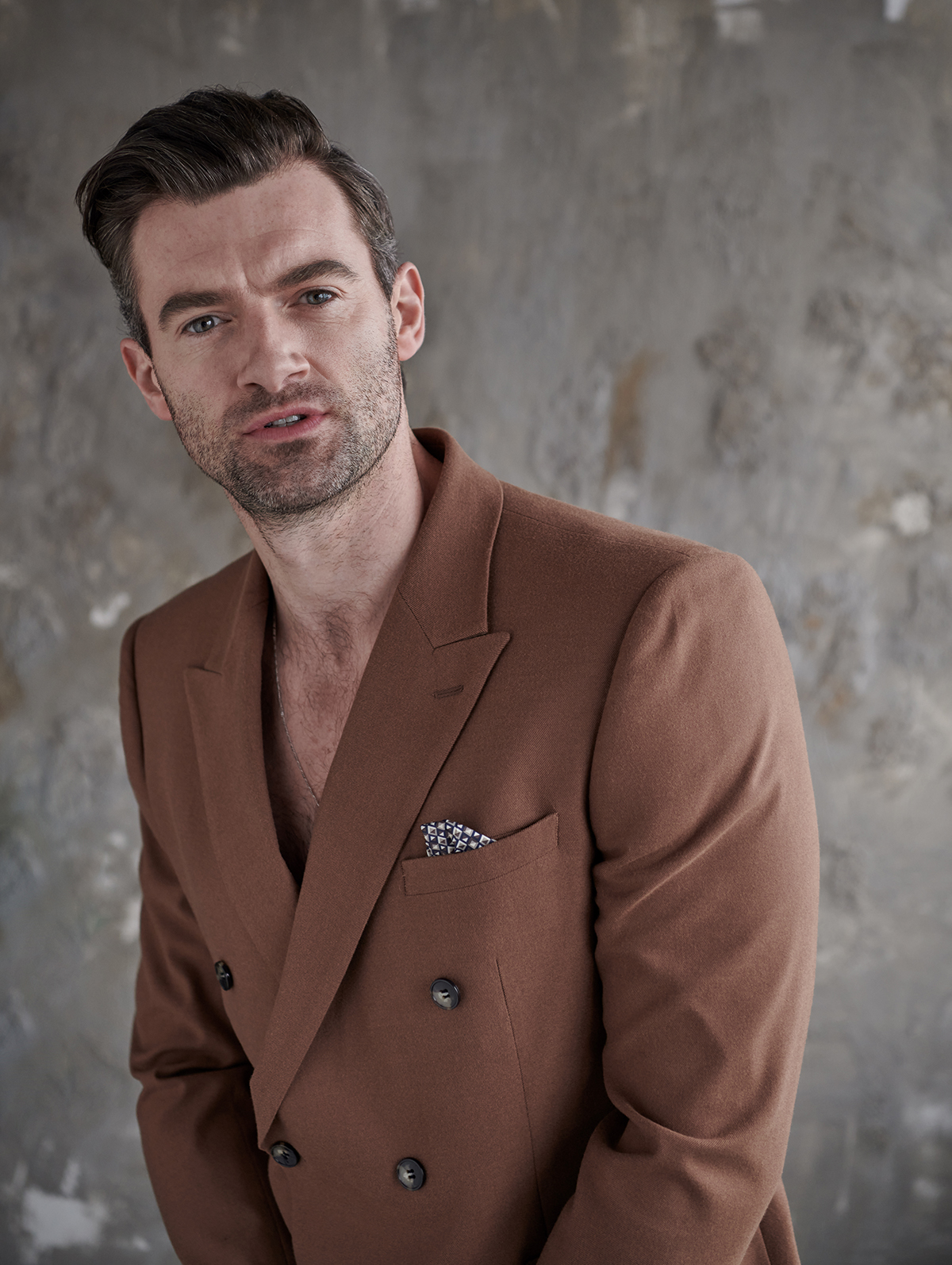 No. Am I going to get struck by lightning now? Actually I do have a lucky poster on the tube (the London Underground) when I see it I think it brings me luck. When I was young, skint and bumming around with no work as an actor I’d see it and it’d make me feel something good was coming. I suppose I am a bit.

How long have you been an actor?

Is a good performance borne of empathy or experience?

Great question. I think both, and everything in between. And I think it depends on the role. It’s good to have a bit of both.

Do any of your parents have an artistic background?

I wouldn’t say my folks were that artistic. Not professionally, they’re more academic. My dads proper practical and I definitely picked that up from him. My brother is a seriously incredible artist, you should check him out if you get a chance. Graham Martin. His stuff is amazing. We’re lucky enough to have a few of his pieces in the house. He’s going to be big. Watch this space.

Are you nervous on your first day on set?

I think I’m nervous all the time with work. Just a mild tickle in your belly. But I like it. Nerves and excitement are so closely linked. I think being nervous and having doubt are brilliant and necessary things as an actor or artist. You should be questioning it and what you’re doing and asking whether it’s good enough. Keeps you on your toes and pushes you to constantly challenge yourself and your work. I think accepting is healthy. If you don’t accept it, it can become detrimental.

Which music track would go perfectly with your current state of mind?

I’ve slipped back into the 90’s right now with the music. So any track from then. Good or bad. Morrisey, early Coldplay, Kings of Leon. And I listen to Teenage Dirtbag at least once a day right now.

What is your idea of style?

Right now I’d say ‘lockdown casual’. I’m wearing mostly Adidas trackies. All the time. And have been for the last 5 months. I think I’m very 90s and cool, my wife doesn’t. I took about 3 suitcases to Prague for a job, full of clothes, but we were filming in lockdown, so brought everything back apart from my Adidas trackies, a few T-shirt’s and some Levi’s. We were on set, then in lockdown in our hotels, so there wasn’t much need for anything else. Incredibly versatile the Adidas three stripe I tell you. Chuck them on with nice boots. Redwings, Grensons. I’ve got a big denim Sherpa hooded jacket from Levi’s I love. It’ll be nice to get dressed up again and go out for a proper night when we’re allowed out again. I’ll be wearing my Adidas trackies.

Describe Miss Scarlet and the Duke?

It’s about London’s first female private detective. Set around the same time as Sherlock Holmes  in Victorian London. Scarlet is a rule breaker and challenges what’s expected of her as a woman in the time. She’s a brilliant detective but not everyone wants her in the world of crime solving, she’s up against it. Especially not Duke. A detective in Scotland Yard. It’s fun and witty and snappy, a bit of a shift away from the usual shows set in the time. It’s directed beautifully by Declan ODwyer.

He was great. I loved playing him. He’s got a lot on his plate, which leads him to anger easily, and doesn’t suffer fools. That’s great fun to be able to play. It’s lovely to be able to play someone who you can just let roar.

What is next for you?

Do you have a secret crush? 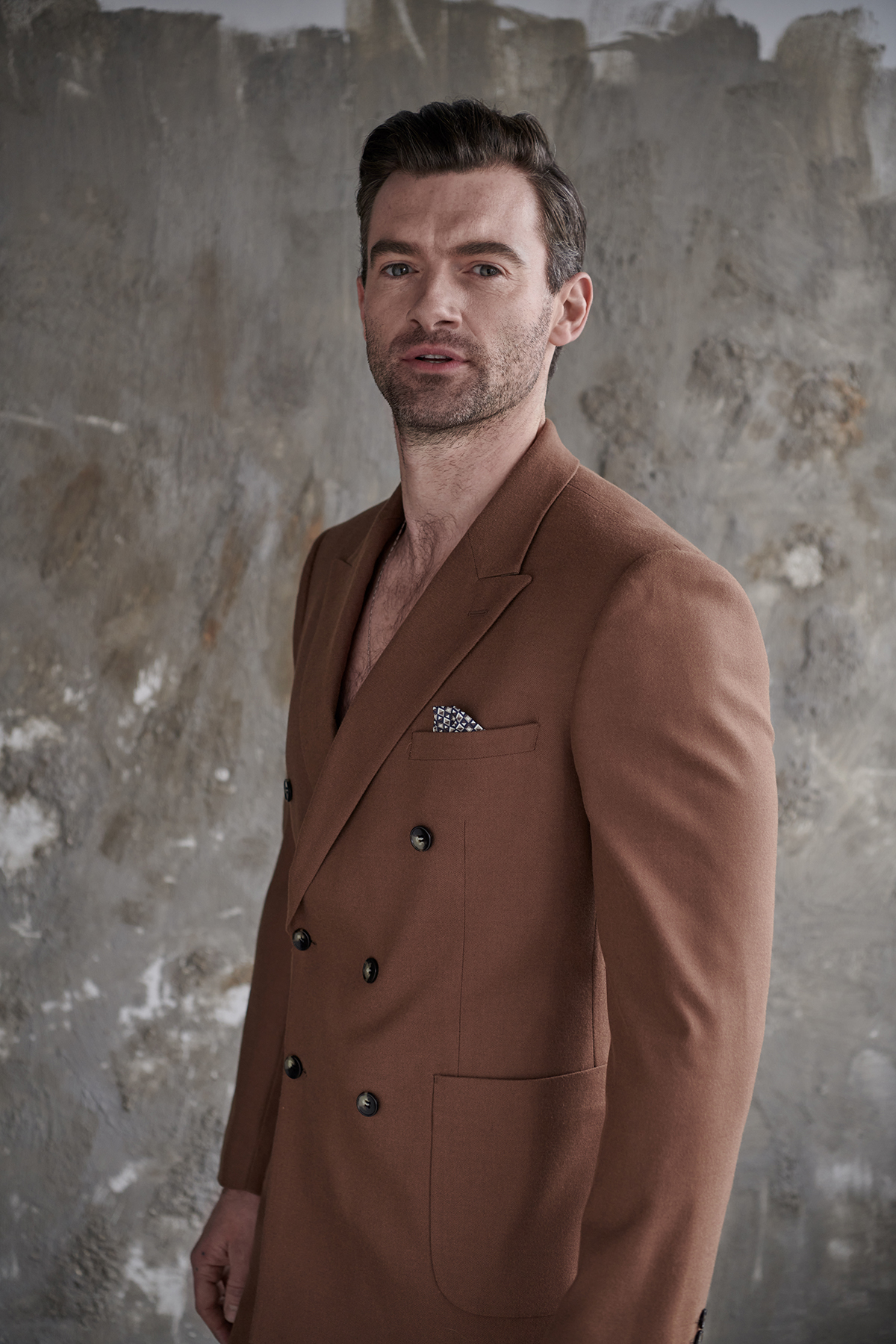