Honey Dijon her long-term love of music, art and 1979. 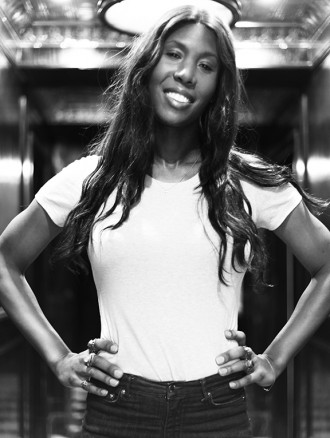 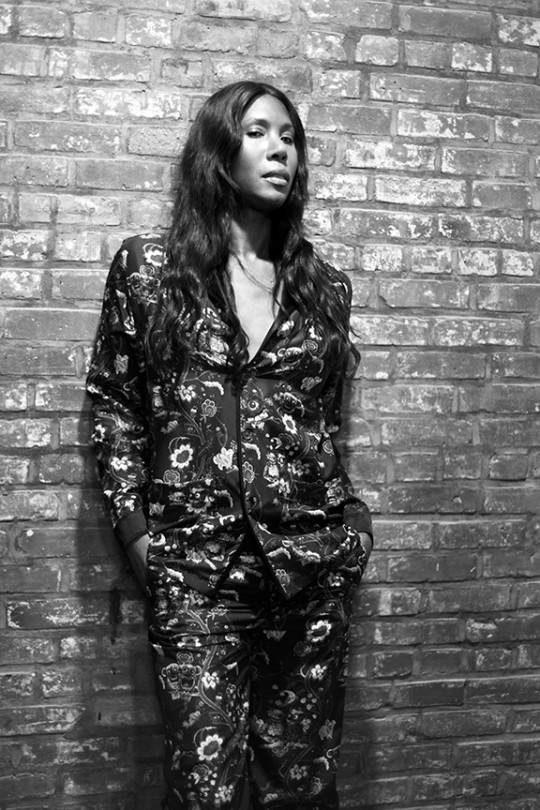 Where were you born and raised?
Chicago

Coming from Chicago, who was responsible for your exposure to music?
It was my parents. They were rather young with they had me so they were still partying. There was constantly music in the house. A lot of soul music. Everything from the Isley Brothers, to Marvin Gaye, The Whispers, Shalamar and my father loved the Commodores. So I listened to a lot of soul music.

Was it ever gospel music?
No, it was mostly R&B. My parents didn’t start going to church
until later in life.

It was also at this time when I was in school I would hear a lot of house music and disco. So that was my introduction to club culture. I was actually through school.

Was there a moment of awakening with you?
I think it was when I started going to clubs and going there with friends. At that time I also met Laura Branch, the older sister of one of my good friends and a DJ. Laura was the first female DJ I knew of and she introduced me to disco. She (Laura) was also friends with Frankie Knuckles and we would all go to the Warehouse to hear Knuckles spin.

Take us back to moment of you and Frankie Knuckles. Where you an apprentice/student?
You have to understand, I started very early. Actually my mother does not like me to discuss this because she thinks it makes her look like a bad parent. I always assure her that she was certainly not the case. My moments with Frankie was some time after my first introduction to the clubs.

Wait. How old where you when you first went to clubs?
12

12? Getting in? The club?
Yes. I just used to just tag along. At the time I got a fake ID stating I was at least 16 because there were clubs were 16 year olds could go to. Then eventually I got to hear Ron Hardy play, but Frankie (Knuckles) was a bit later in my teen years.

How did you learn to dive into the culture?

After I broke up with my boyfriend I relocated to Washington DC and that’s when I completely immersed myself in club culture and started going out more. I wanted to get into the biorhythm of staying up all night, so I used to work overnight at a hotel, answering phones.

Did the clubs give you a sense of family? I ask because you were already close with your parents.
I had good friends when I went out, but in Chicago I had very close friends that where also like family to me. Like Derrick Carter and DJ Sneak. Then lots of people from London where coming over and I formed new friendships with them. That’s one of the reasons why I moved to New York; my friends began to travel more too.

Tell me about the first night you dj’d your own set.
When I moved to New York, it was the era of Junior Vasquez. It was very musically segregated. You either had the Shelter crowd, The Sound Factory , Sugar Babies, Jackie 60 and Sound Factory Bar. There was a lot going on but all different sounds. I was basically going out 5 nights a week and only sleeping in my apartment. Although I loved everything, I still didn’t hear the music that I experienced in Chicago. In Chicago it didn’t seem so segregated. I went to Industrial clubs, New Wave Clubs, gay bars, etc. I still wanted to hear something very inclusive.

So I started my own party on the Lower East Side at a place called Bob, on Eldridge Street. It was my first residency. All disco records on a Monday night in New York City.

So when you think back, what was the catalyst to change you from the listener to the creator of sound?
It was more out of necessity. I wasn’t hearing music the way I experienced it.

What was the first record you purchased?
“Bostich” by Yello and the first album was Mesopotamia by the B52s

What is your most obscure favorite song/track/single?
Well, Im sure people have heard of it, but “Tambourine” by Prince

What is your most commercially popular favorite song?
“Borderline” by Madonna

Why that particular song?
I always found myself in relationships that mirror the lyrics to that song.

For me, there was something mysterious and urbane in that video that I was drawn to.
I loved it because she is wearing a Kieth Harring /Vivienne Westwood skirt from the Witches Collection and I am a huge fan of Harring. Lastly, my favorite period in New York is between 1976-1983

Ah, you are answering questions before I even ask! What era of time do you feel most connected to?
Like I said, New York 1976-1983.

What does that mean to you?
Pre-AIDS sexual liberation, glamor, decadence, freedom. 1979 produced some of the best music ever?

What was released that year?
A lot of my favorite disco songs. Thats all.

As we it’s about a year since we lost the great Frankie Knuckles. I know it’s impossible, but can you describe your relationship?
He was a teacher. More than a mentor but he was a forefather and teacher. All the house music I know today would be a completely different thing if it wasn’t for him.

have a series of names and I want you to give me the first word that comes to mind, OK?
OK, sure

Besides a lover of sounds, I also think of you as lover of magazines. What magazines did you read when you were younger?
I was buying French Elle at 10. Plus, of course, Vogue, Details and Taxi.

Oh, I loved Taxi.
Yes, I remember seeing Naomi Campbell for the first time on the cover. I still have that one.

You are also a collector of art, culture and printed magazines. How does that fall in with music.
It’s all a creative expression.

You seem to have a thirst for it. I don’t know if I see many other DJs like that.
I’m always looking for shit. I’m a curious person. I often go to Printed Matter to have a look. Sometimes I just walk around New York just to see what is going on. You never know where you will be inspired.

Do you ever not want to be inspired by new elements?
No, I think everything in life is about a new experience and remix on an experience.

Speaking of remixes, what is your ideal music mix?
I would have to say creating a down tempo track with Jean Michel Basquiat on vocals or Andy Warhol speaking over jazz with John Coltrane. Perhaps a deep house track with Philip Glass. A disco track with Patti Smith. A proper house track with Blondie. Something with the B52s and Robert Mapplethorpe would take my pictures.

When I hear your sound, I hear a deep sensuality to it. There is a moodiness to it. Do you hear that?
I like there to be sexuality in my music. I want to fuck you slowly with my sound.
Thats something we don’t hear a lot is just sexy music, so I like to bring that in. 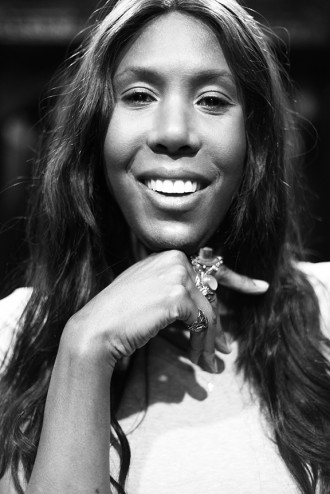 Explore more of Honey Dijon and her music here

all photography by Ricardo Gomes.