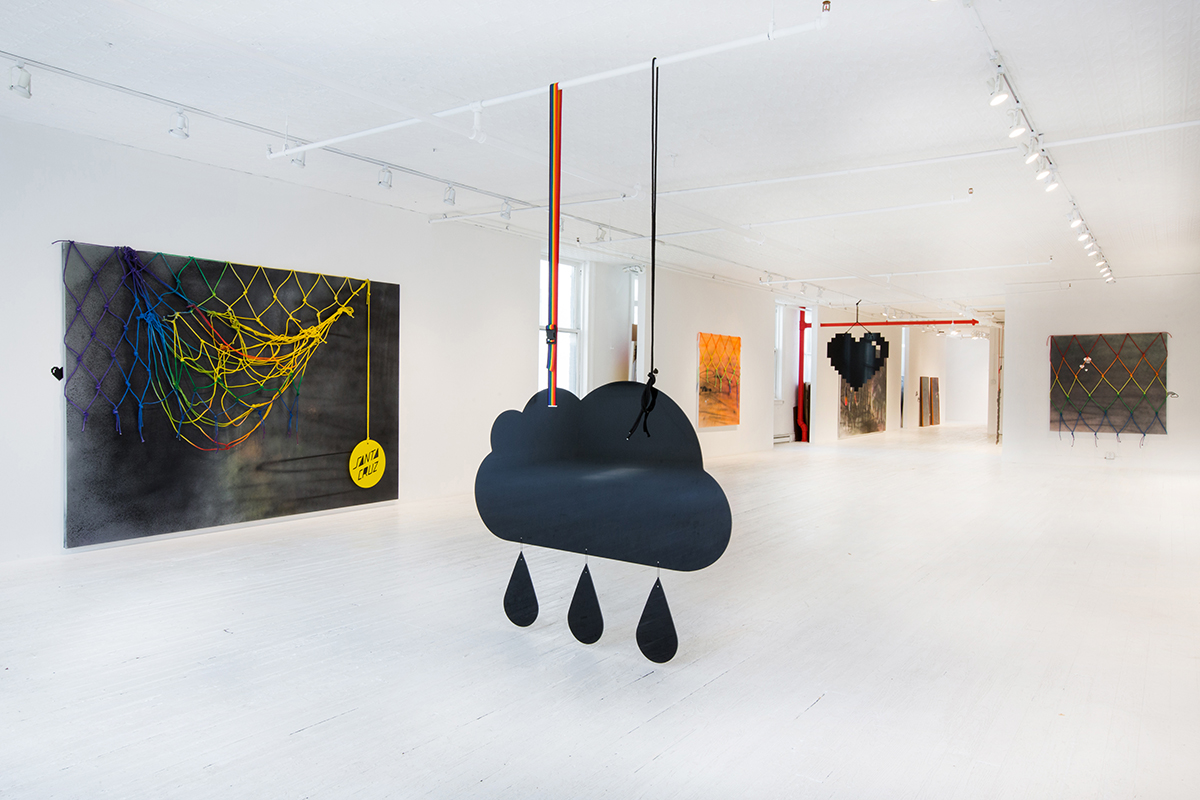 Wendy White is a painter who makes work somewhere between the superficial and the sincere by creating paintings that are both intimate and distant. Her current show, Santa Cruz at Eric Firestone Loft, marks her 20th solo exhibition. The work presented in Santa Cruz is large-scale and filled with rainbows, logos and hanging sculptures. It harkens to a carefree sense of freedom and board culture. The sense of superficiality creates an almost unnerving sense of optimism. White and I talked about her career and her attraction to beach culture, as well as stickers, language, and sculpture.

What attracts you to surf/skate culture?

I’ve always been attracted to beach culture in general. In New England, the winters are long and gray, and our house was in perpetual shade. We were close to the beach, and it’s beautiful, but it’s the Long Island Sound – so no waves, no surfing. It’s more of a boating culture. When I was about 15, a family moved to town from Virginia and one of the daughters was my age. Their family was loud and open, the opposite of mine. Her parents were divorced and they were still adjusting, and it was one of those defining moments when you begin to notice different family dynamics and how they shape personalities. I always thought my family was totally normal, but in fact we were silent and stoic almost to a fault.

So I’ve always been attracted to beach cultures not just for the warmth of temperature, but because of the connection between climate and cultural tenor; sunny skies and palm trees as a proponent of friendliness, almost a willingness to be human and make mistakes. Anyway, one summer I washed cars to save money for plane tickets to Virginia Beach to visit my friend’s dad, and it was there that I discovered the surf shop WRV. I wore board shorts religiously after that trip. Gear was a way to associate myself with a lifestyle I didn’t actually participate in, and it has shaped by obsession with having the right gear for psychological empowerment. I guess I was a poser, but I did eventually learn to surf and therefore legitimized myself!

I went to college in Georgia partially for beach and palm trees. There I was exposed to skate culture first, then surfing. I still remember a G&S sticker from the early 1990s with two cartoon guys, one saying, “Hey what’s cool?” and the other, “Oh nothing.” At the bottom it just said, “Nothing is cool.” I still think about it. It was classic GenX. Board cultures in general are really good at cutting through cultural moments. To me, they’ve always represented a kind of derelict freedom. My exposure to board culture happened at the same time as my exposure to real art, so who knows, they may be inseparable in my mind on a subconscious level.

I like your use of frames, ropes, and rainbows. Could you talk about the sculptural quality in your paintings?

Thanks! The ropes are a nod to nautical life and also to the grid of painting. They’re a little tongue-in-cheek, sort of making fun of classical painting rules like fat over lean – those classic devices to make paintings work that we pretend not to rely on while totally relying on them. The rainbow straps and buckles came from seeing a pile of vintage kneeboards at a secondhand shop in Key Largo. I started thinking about the rainbow as a universal symbol of happiness, its automatic retro vibe, and its graphic insistence – how it embodies adolescence, optimism, transcendence. Rainbows were my obsession when I was a kid in the mid-80s. It was during the first wave of Lisa Frank. They were clean and perfect communicators of the California dream, and I wanted it.

What attracts you to the stickers you adhere to your paintings?

Stickers are super direct and versatile. You can slap them on old stuff and instantly update it. You can broadcast your affiliations through them. I did a cross-country road trip once in a 1981 Dodge TransVan and we plastered the entire back end with stickers from places we went. I do the same thing with my luggage. There’s a whole psychology to how you apply them. If you put them on straight, they have clear graphic appeal and can look very composed, but if you slap them on at an angle they reference a different kind of accumulation – something faster and more spontaneous. There’s an inherent punk quality that’s nerdy at the same time, and that fascinates me. My family never put stickers on anything we owned, except for my brother, who covered his entire bedroom door with Chiquita banana stickers, all lined up in vertical columns. It takes guts to sticker things up. It sends a message. It’s brand loyalty.

What is the importance of language in your work?

I use letterforms as formal structures and also as content providers. Text makes you read while forcing you to accept reading as a visual activity rather than just a cognitive one. I got tired of abstract painting as a game of moving shapes and colors around. At the same time, I’m not convinced that representation is anything more than a show of virtuosity, a game of picture making that can’t help but highlight one’s skill of depiction. I wanted something that didn’t rely on either, and text felt right – when it’s legible, it’s a message, and when it’s illegible, it’s architecture. When it’s both, it’s both.

Peter Schjeldahl told me once, over a grilled cheese at a diner in New Jersey, that my paintings should be more superficial, so it’s funny that you bring it up because I’ve grappled for years with what that meant. I think I’ve always rejected the faux authenticity that floats around the art world, a lot of which is centered on the minimal, the monochrome and repetition as the M.O. of so-called serious art should look. It’s such a trap. I think Minimalism with a capital M was one of the biggest shams – pretentious, exclusively male, and ultimately hollow. I think people are afraid of their true selves most of the time, afraid they’re not going to seem smart if they make what they actually want to look at, so they confuse fear with restraint. They pat themselves on the back for not going too far, for staying clean and sane. Clarity is valued far too much in my opinion. I like the edges of things.

Getting back to sincerity and superficiality, I think it’s all how the canon of art history has framed those terms visually. I try my best to let things remain tangential when describing tangential things. Putting your finger on things kills their spirit. Sometimes I am inspired by specific content – sports graphics or, in this case, teen desires versus adult letdowns – but I often round out the concept within the installation. I’m a big proponent of the solo show as the album, where the viewer is invited to experience the narrative in the exact way the artist intended – like how you’d listen to vinyl and get to know the spaces between songs, how the end of one song leads into the beginning of the next. That’s where your mind wanders deeper into the artist’s intent. I don’t know, I just believe that making individual artworks and then just hanging them on the wall ignores a big chunk of potential meaning. How they’re hung is content, the architecture is content, the dialog you set up is content – and all of that is somewhat inextricable from the work itself.

Could you talk a bit more on what you mean by the edges of things?

I mean physical edges, as in the way things meet the wall and the floor. The intersections are the places where content is revealed. Most important are the edges of ideas themselves. I’m not sure how to describe these. They’re sort of like gray areas or blurry spots where you don’t even really know what something means. Important things happen on those precipices, in the shaky moments when you give in to your subconscious thoughts, which give way to the super real stuff – the stuff you can’t put into the work intentionally because you’re too close to it. In order to get to that subconscious layer, where you’ve really synthesized stuff, you have to let go of cognitive decision-making. You have to be deep in the zone because the rest of the process is painfully conscious, a series of formal decisions, a means to an end. If you’re dealing mostly in the latter I think you’re just treading water in terms of pushing your work forward on a personal level.

It’s the quintessential brand and absolutely the best-designed logo. The angular text, on an angle and floating within a circle, perfectly embodies the spirit of beach culture mixed with an aggro skate vibe. In high school, I really wanted one of those California schools with outdoor lockers like they had on 90210. Open air was such a big deal, such the opposite of the East Coast. It was boundary-less somehow. It seemed more fun, full of potential. Weather keeps us indoors too much. That may sound like superficial content to the purists but it feels very profound to me to attempt to parse out teen desires. What else is so foggy yet simultaneously vivid in your memory than teen stuff? Especially now that the days of wanting things you can’t have are somewhat obsolete. Everything is requited now, to a large extent. Today, if you want all rainbow stuff for your room, you can just go on eBay and get a big box of it delivered all a once. Accumulation over time is a thing of the past. Coveting is over. This show is about coveting, desire, and how the absence of longing for things has replaced our daydreaming with a big a dose of reality.

I always find your paintings to be sculptural, but are the sculptures in this show a new direction for you?

The hanging sculptures are totally new. They’re riffs on stickers, the advertising backbone of surf and skate culture. They’re almost like floating generic logos, and also a play on dimensionality itself – seeing things in the round. They’re flat, and yet they take up space. They also touch on optimism as a trope. One is a rain cloud that hangs an inch off the floor. So again, tongue-in-cheek – a play on gravity and pressure and weather terminology. No one ever says “cloudy with a chance of a rainbow,” but they should.

This is your 20th solo show. How have you seen your work evolve?

It’s weird to realign expectations with reality. I never even went to an art museum until college. I had only seen art in books. I’m not one of those people who grew up around it, or had a family that introduced me to it, or some role model who guided me. I just had a clear vision of what I wanted at each point in time, and I made the stuff that was in my mind’s eye. That has resulted in big leaps at times, with each series pushing forward. It helps not to have been coddled, which makes you reliant on affirmation from the inside. So I guess in a way the visual evolution of my work echoes my life choices rather than career choices. It really describes who I was at each stage, and I’m fiercely proud that I’ve had the guts to reveal that, for better or worse.

–       Samuel Jablon is an artist based in Brooklyn, New York. He has an upcoming solo this September at Diane Rosenstein Gallery in Los Angeles, CA.

All images courtesy of the artist and Eric Firestone Gallery. 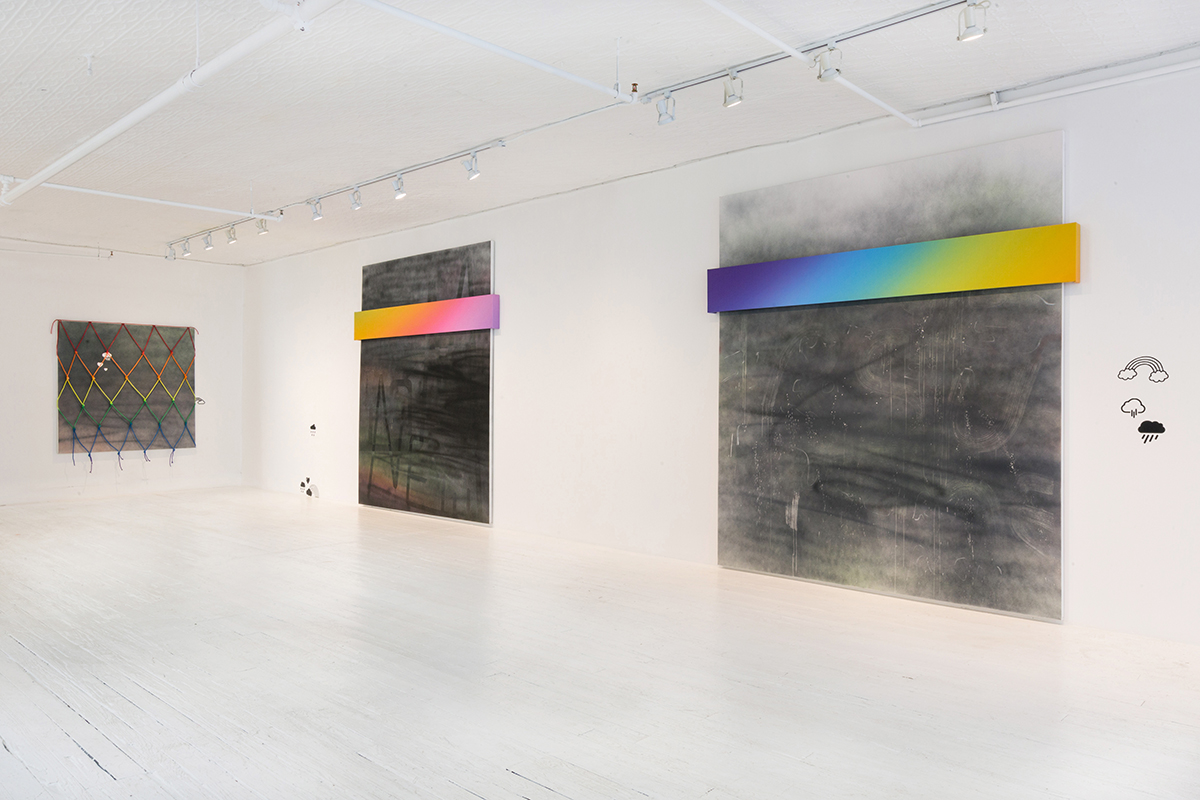 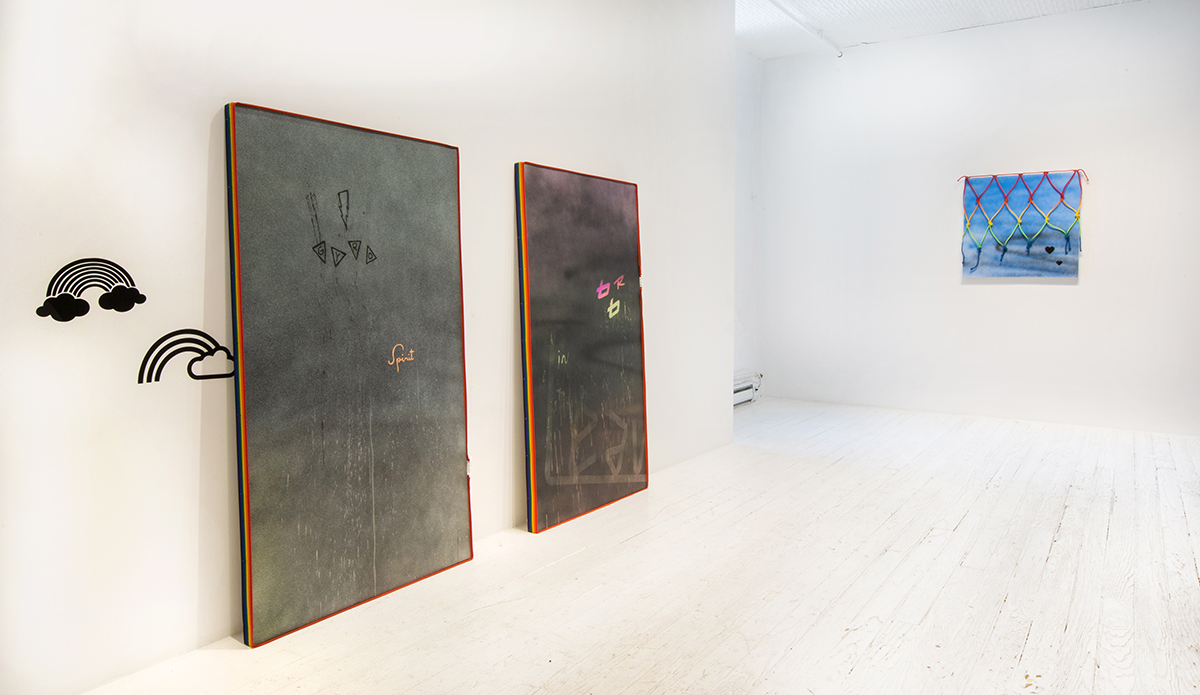 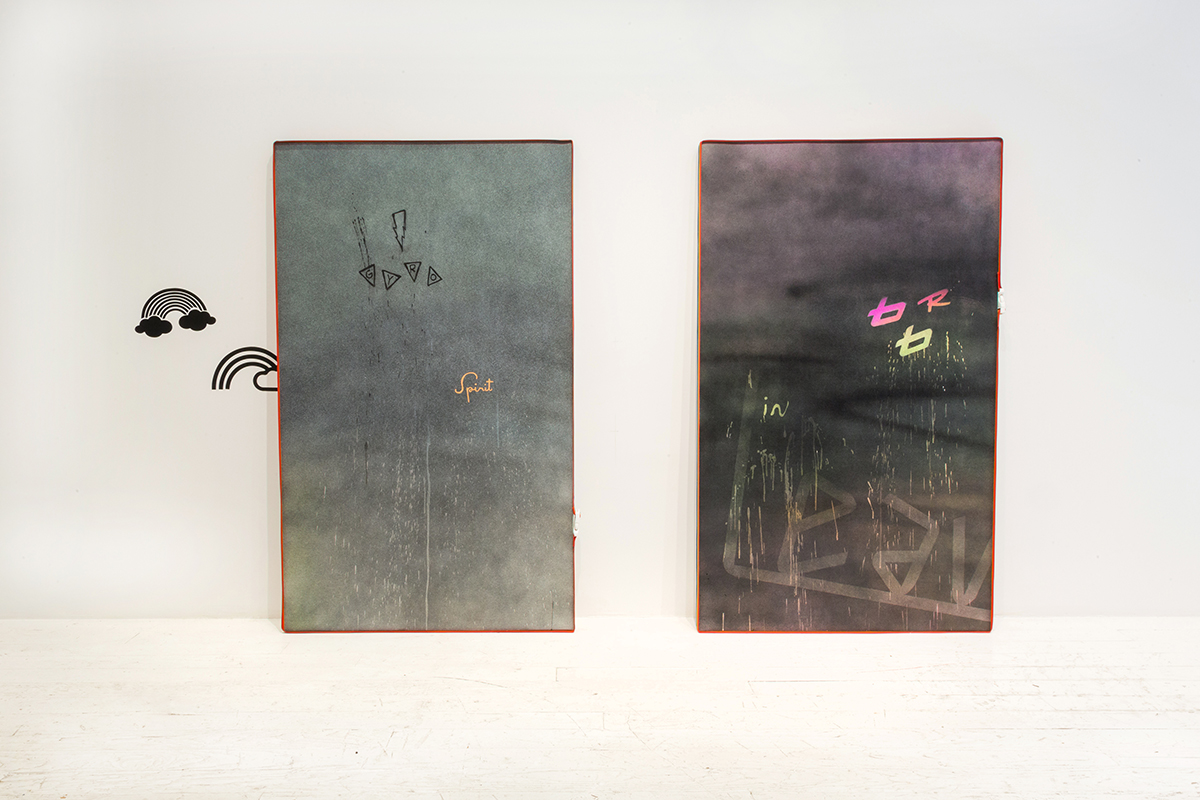 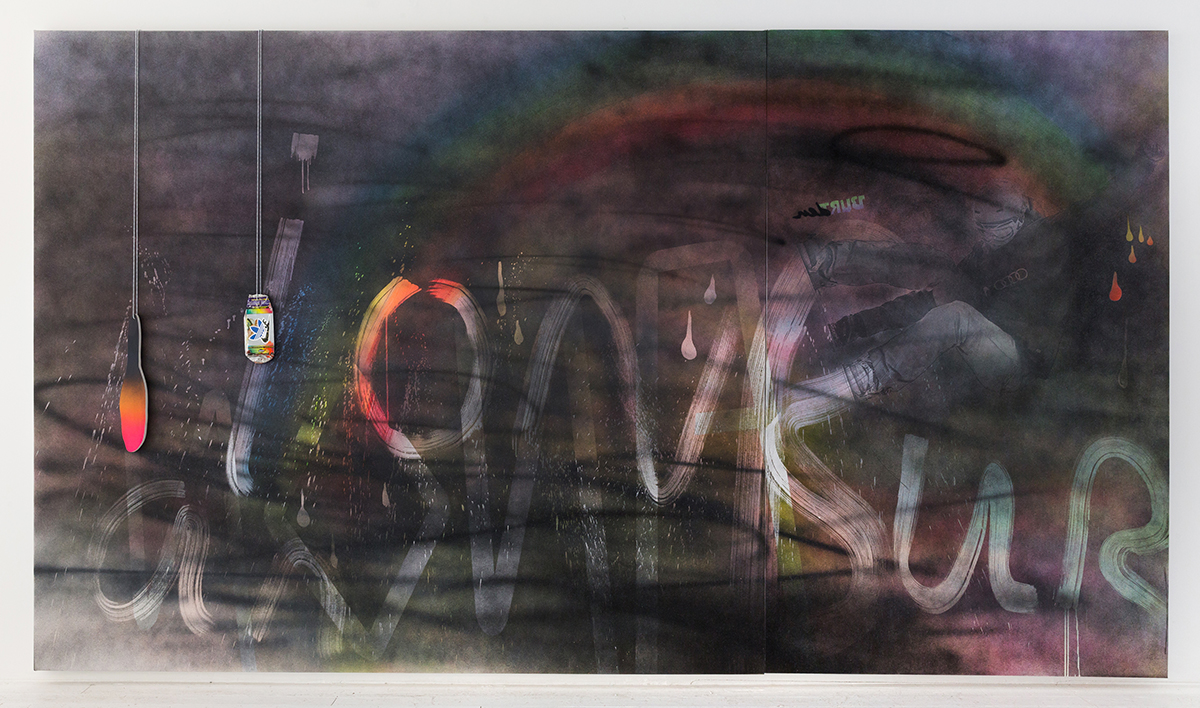 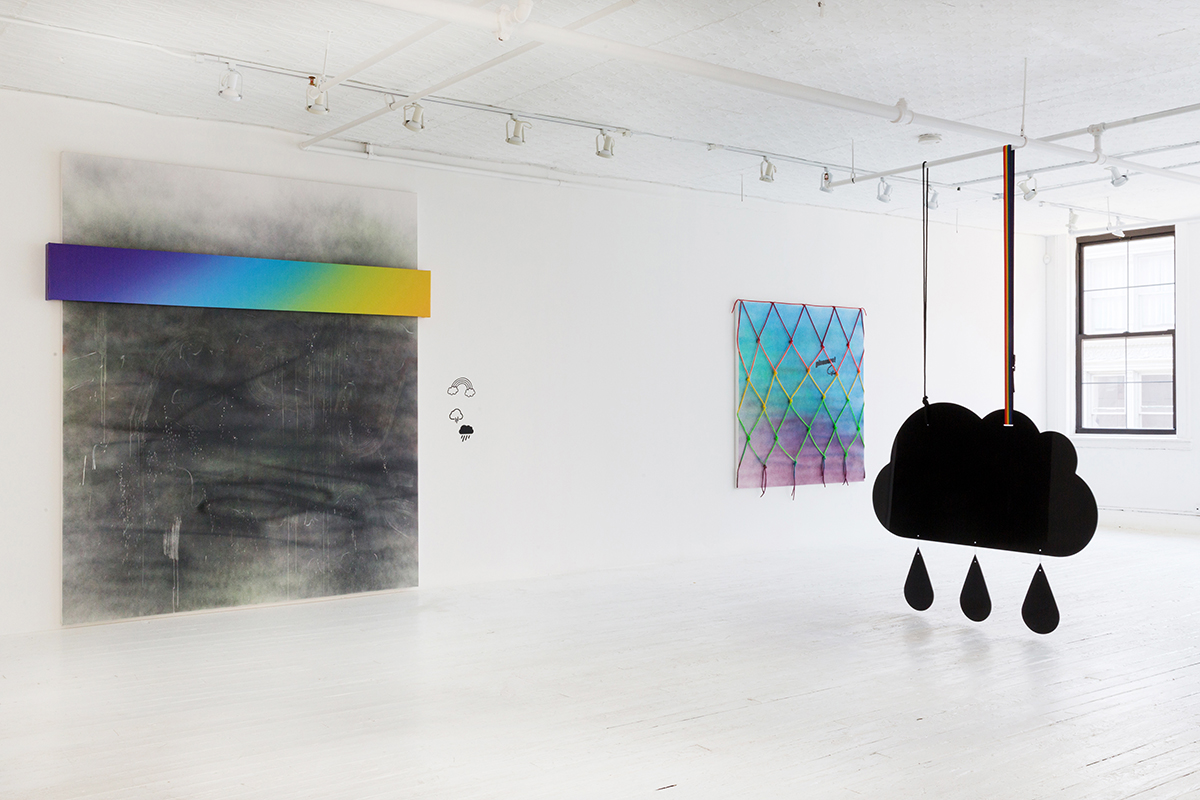 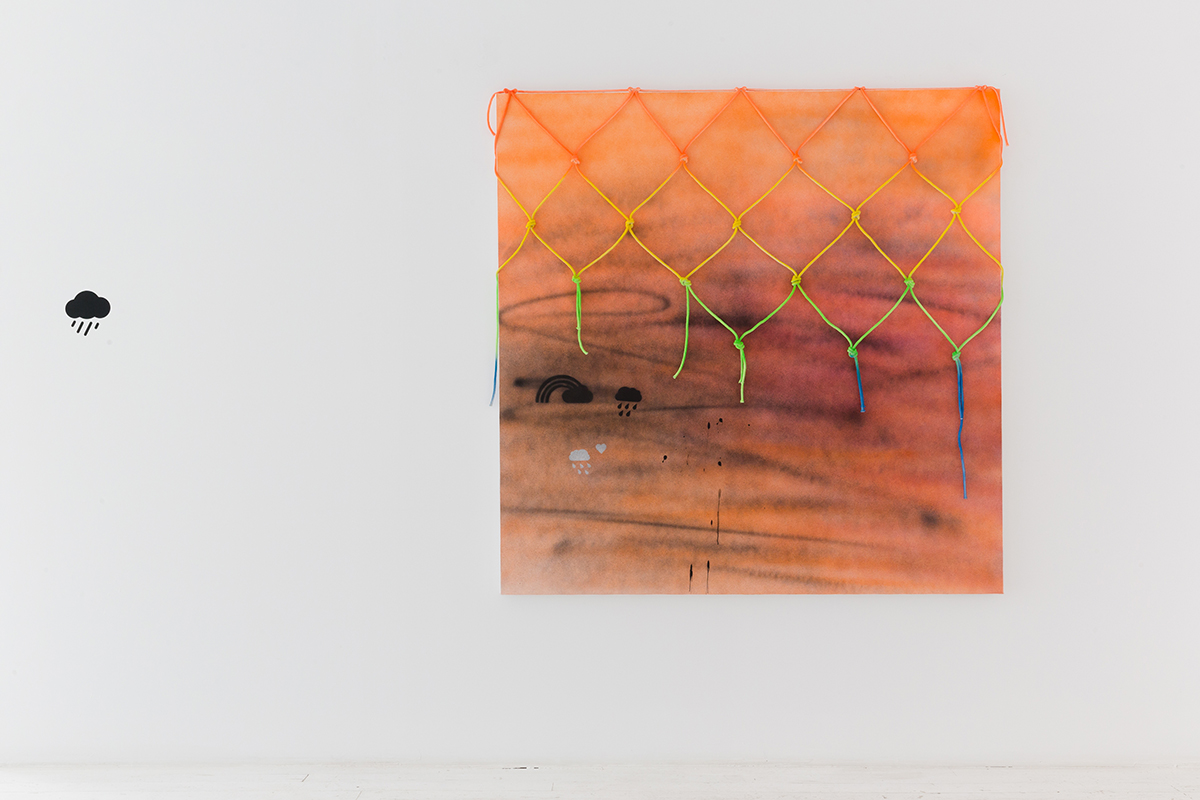 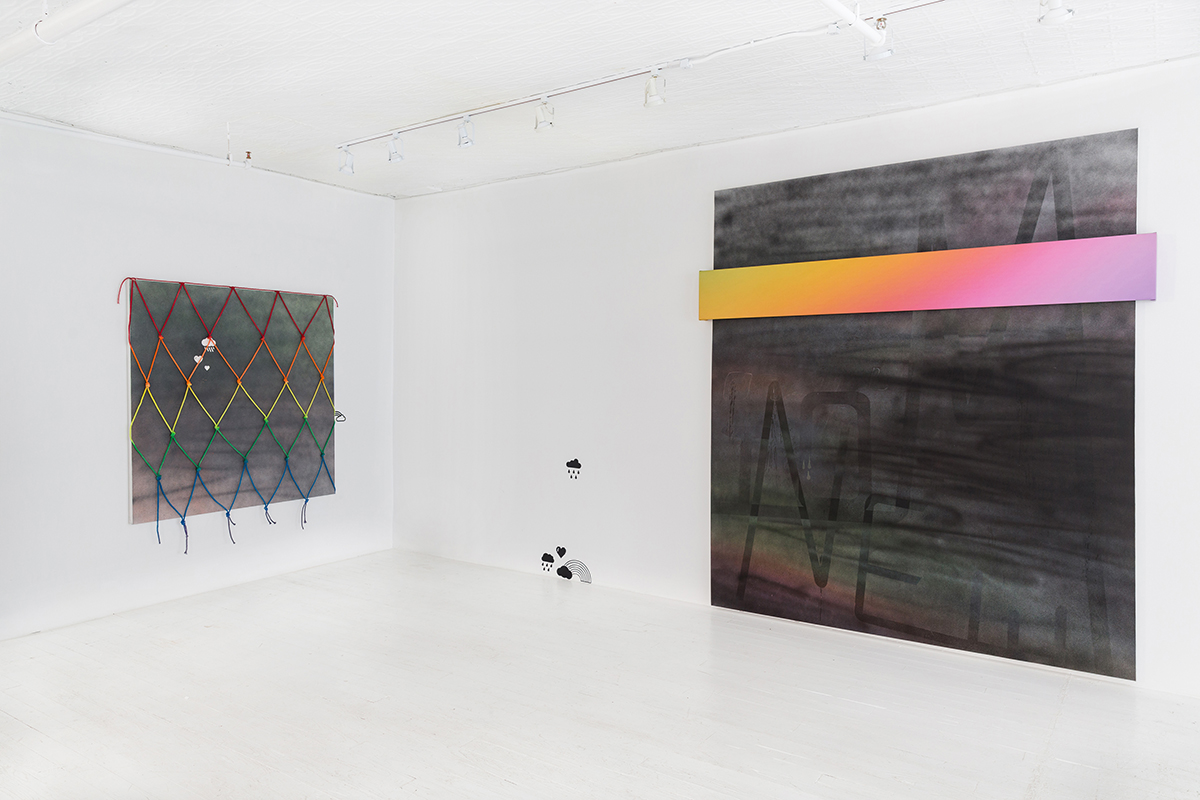